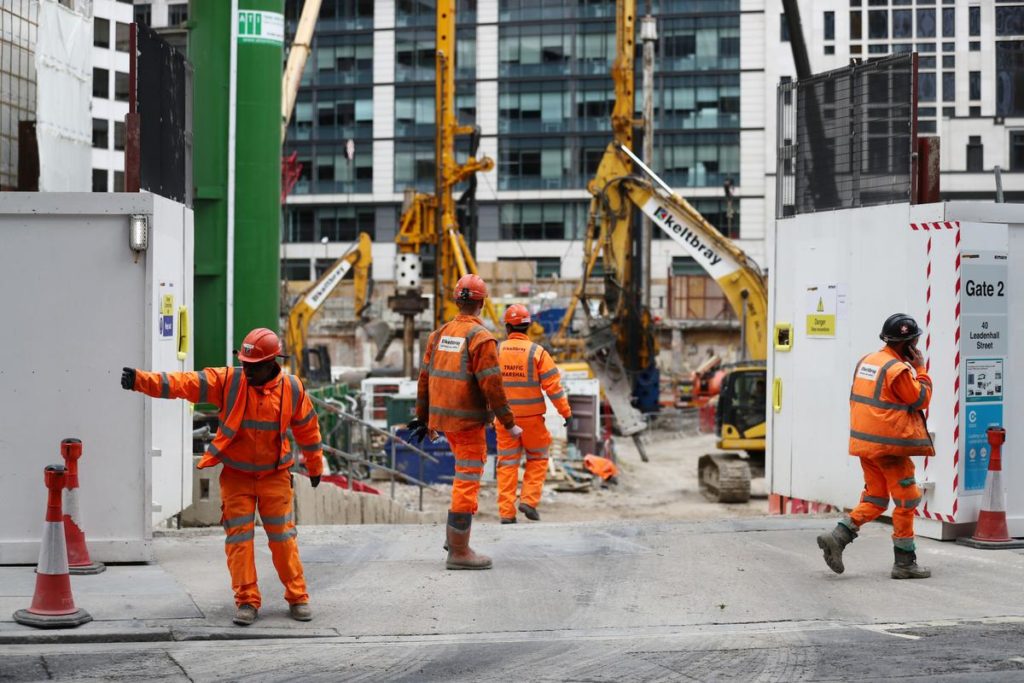 LONDON (Reuters) – Men in the lowest-skilled jobs have the highest death rates involving COVID-19 among working-age people, according to data for England and Wales that also showed fatalities among nurses and doctors were no higher than the average.

Construction workers are seen at a site entrance in London, following the outbreak of the coronavirus disease (COVID-19), London, Britain May 11, 2020. REUTERS/Simon Dawson

Monday’s official figures were published after Prime Minister Boris Johnson said on Sunday that manufacturing and construction workers should be encouraged to go back to their jobs, drawing concern from trade union groups.

COVID-19 is the respiratory disease caused by the new coronavirus.

Male security guards had a death rate of more than four times the overall average for working-age men.

Male chefs, taxi drivers, chauffeurs and bus and coach drivers and also had higher death rates, contrasting with men classed as having professional occupations – which typically require a university education – whose mortality rates involving COVID-19 was 5.6.

Care workers and home carers – some of whom have raised concerns publicly about a lack of personal protective equipment (PPE) – had significantly raised rates of 23.4 for men per 100,000 COVID-19-related deaths.

The rate for female care workers was 9.6, above the average death rate for working age women overall of 5.2 per 100,000.

But healthcare workers, including doctors and nurses, who generally have more access to PPE, were not found to have higher rates of COVID-19-related deaths than people of the same age and sex in the general population.

“This suggests that PPE is working, or that by the time patients are ill enough to be admitted to hospital, often after over a week, they may be less infectious, or a combination of both factors,” Keith Neal, an epidemiology professor at the University of Nottingham, said.

Michael Head, a senior research fellow in global health at the University of Southampton, said guidance from the government for safe working, due to be published later on Monday, had to provide detail on how workers could be protected.

“Employers and employees need that reassurance,” he said.

The ONS said its data did not prove that higher death involving COVID-19 were necessarily caused by differences in exposure to the virus through work.

It adjusted its data for age, but not for other factors such as ethnic group and place of residence. The data covered the period up to April 20.

Last week, the ONS said black people and men of Bangladeshi and Pakistani origin were nearly twice as likely to die from the COVID-19 disease than whites, even when adjusting data for deprivation.