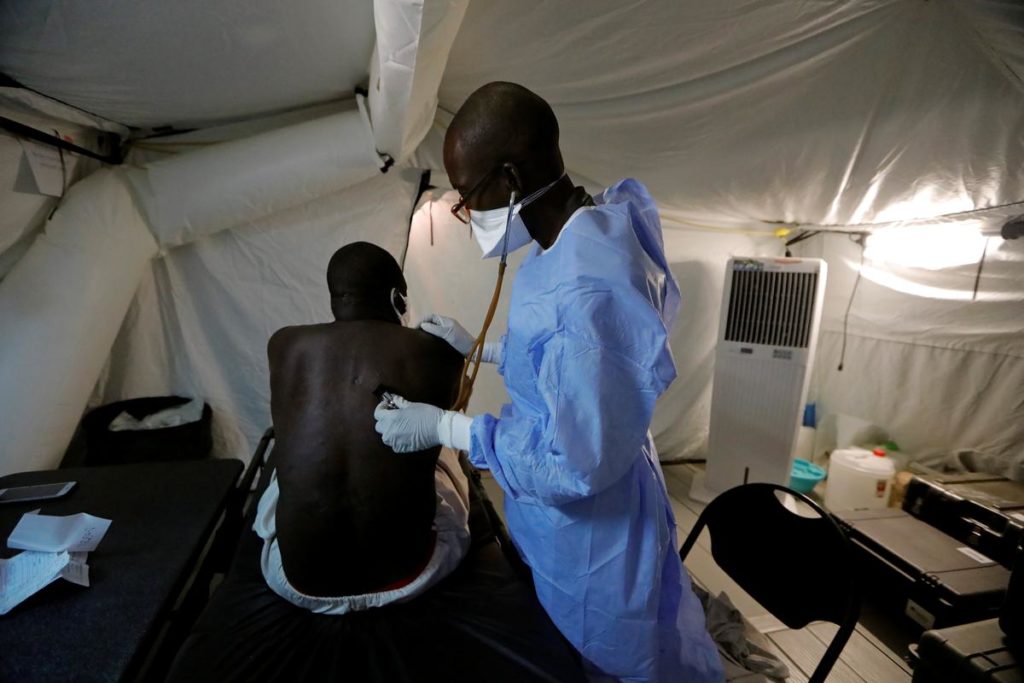 TOUBA, Senegal (Reuters) – Senegal’s holy city of Touba is fighting a second wave of COVID-19 infections, dashing hopes that swift action by authorities had stopped the new coronavirus from spreading in the one-time epicentre.

Confirmed cases in Touba have risen seven-fold to more than 190 since a market trader fell ill in April, ending a two-week lull in new cases. Now, as other countries in West Africa, including Nigeria and Ghana, are beginning to ease lockdowns to assist those whose livelihoods were disrupted, Senegal is tightening restrictions to try to contain the outbreak.

A cluster of cases in Touba in March prompted President Macky Sall to close schools and ban religious gatherings, one of the first leaders in sub-Saharan Africa to do so. A Senegalese man returning from Italy had infected 17 others, including his 2-year-old child, just weeks before Senegal’s second city was due to host thousands of pilgrims at a religious festival.

Touba is the headquarters of a powerful Sufi Muslim brotherhood and known to some as “little Mecca”.

Its Grand Mosque, whose white minarets tower over the city of 1.5 million people, was ordered to close its doors. A dusk-to-dawn curfew was imposed and public awareness campaigns launched.

But despite these efforts, the city confirmed its 27th case on April 11 – the first since March 26. The man had not travelled abroad or come into contact with other known patients, a worrying development suggesting the disease had taken root.

The number of cases in Touba has climbed steadily since then despite the intervention of the army, which is testing for COVID-19, the respiratory disease caused by the new coronavirus, at a makeshift field hospital and decontaminating streets and markets.

“Perhaps it’s ignorance or even some denial of the disease,” said Sylla Mbacke, head doctor at Touba’s main health centre, Darou Marnane. “There are some that don’t believe in it at all.”

Touba appeared quieter than usual during a recent visit by Reuters, but despite government guidelines only a few people were wearing masks in the streets. Some sought entry to the mosque for Friday prayers but were turned away.

Mbacke’s centre is coping with the caseload, thanks in part to the army, which is helping to treat non-coronavirus patients. But with no ventilators or intensive care beds, it could quickly become overwhelmed.

The World Health Organization has warned that Africa could become the next epicentre of the virus.

Senegal, which has recorded more than 1,700 cases and 19 deaths, last week ordered markets to close on certain days, while supermarkets must limit customer numbers.

At Touba’s main market, ground zero for the second wave of cases, trader Abdoulaye Diagne said the new restrictions were making life difficult. The market must now close at 3 p.m., making it harder to earn a living, and residents are unable to gather to break their daily fast during the sacred month of Ramadan.

“What can be done apart from pray for this disease to leave the planet,” he said, as he packed up the plastic cups he had been selling to go home.