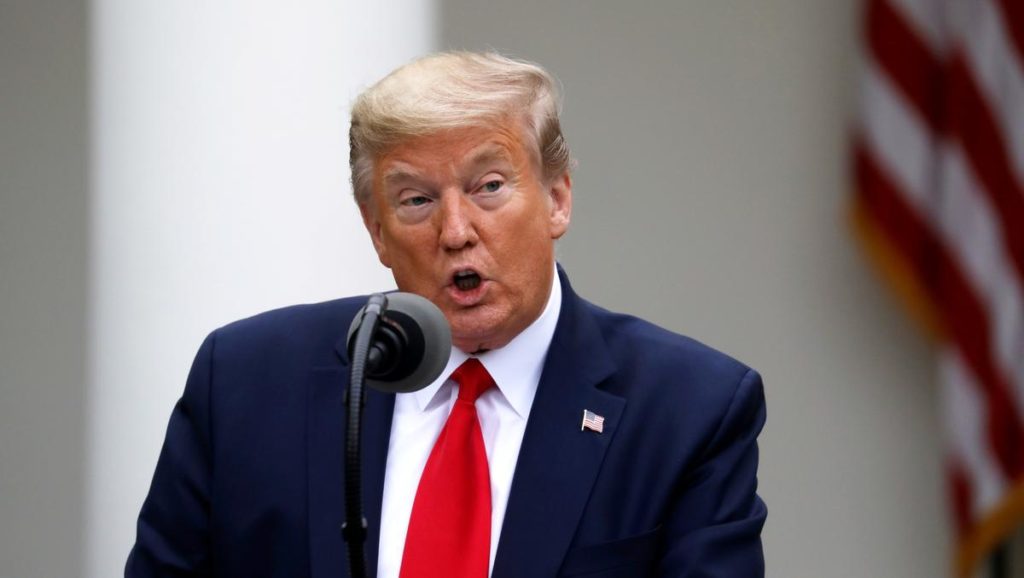 WASHINGTON (Reuters) – President Donald Trump said on Tuesday he has instructed his administration to halt funding to the World Health Organization over its handling of the coronavirus pandemic while his administration reviews its response to the global crisis.

Trump, at a White House news conference, said the WHO had “failed in its basic duty and it must be held accountable.” He said the group had promoted China’s “disinformation” about the virus that likely led to a wider outbreak of the virus than otherwise would have occurred.

The United States is the biggest overall donor to the Geneva-based WHO, contributing more than $400 million in 2019, roughly 15% of its budget.

The hold on funding was expected. Trump has been increasingly critical of the organization as the global health crisis has continued, and he has reacted angrily to criticism of his administration’s response.

The decision drew immediate condemnation. American Medical Association President Dr. Patrice Harris called it “a dangerous step in the wrong direction that will not make defeating COVID-19 easier” and urged Trump to reconsider.

The Republican president has accused the WHO of being too lenient with China in the earliest days of the pandemic, causing unnecessary deaths by failing to impose a travel ban on China.

“The WHO failed in this basic duty and must be held accountable,” Trump said.

The U.S. death toll from COVID-19, the highly contagious respiratory illness caused by the virus, topped 25,700 on Tuesday, out of more than 600,000 known U.S. infections, according to a running Reuters tally.

Millions of Americans have lost their jobs, and the U.S. economy has been crippled as citizens have stayed home and businesses were ordered to close, casting a shadow over Trump’s hopes of being re-elected in November.

The World Health Organization is a U.N. specialized agency – an independent international body that works with the United Nations. A spokesman for U.N. Secretary-General Antonio Guterres did not immediately respond to a request for comment on Trump’s announcement.

The WHO has been appealing for more than $1 billion to fund operations against the pandemic. The agency needs more resources than ever as it leads the global response against the disease.

Trump said Washington would discuss with global health partners what it will do with the millions of dollars that would normally go to the WHO and said the United States would continue to engage with the organization.

Trump has long questioned the value of the United Nations and scorned the importance of multilateralism as he focuses on an “America First” agenda.

Since Trump took office, he has quit the U.N. Human Rights Council, the U.N. cultural agency UNESCO, a global accord to tackle climate change and the Iran nuclear deal and opposed a U.N. migration pact.

The Trump administration cut funding in 2017 for the U.N. Population Fund (UNFPA), the U.N. agency that helps Palestinian refugees (UNRWA) in 2018 and put on hold its contribution to the U.N.’s aviation agency last year.

Under the WHO’s 2018-19 biennium budget, the United States was required to pay $237 million – known as an assessed contribution, which is appropriated by Congress – and also made some $656 million in voluntary contributions that were tied to specific programs.

According to the WHO website, China’s contribution for 2018-2019 was almost $76 million in assessed contributions and some $10 million in voluntary funding.