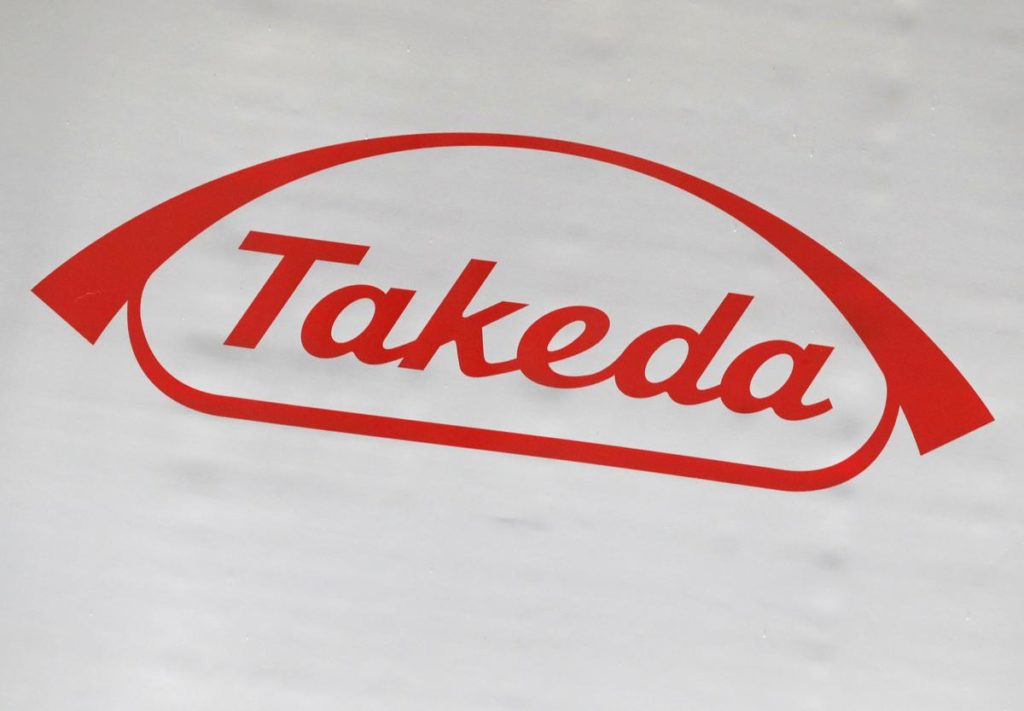 (Reuters) – Takeda Pharmaceutical Co Ltd could start a clinical trial as early as July for a potential treatment of COVID-19 that is based on antibodies from recovered patients’ blood, company executives said on Wednesday.

FILE PHOTO: The logo of Takeda Pharmaceutical Co. is displayed at the company’s news conference venue in Tokyo, Japan May 9, 2018. REUTERS/Kim Kyung-Hoon

The clinical trial would include hundreds of patients and take several months to complete. If successful, Japan’s Takeda could file for approval by U.S. authorities this year, said Julie Kim, president of the plasma-derived therapies unit of Takeda.

“When the product will be available beyond the clinical study is still a bit unclear,” Kim said on an investor call. “But we do expect that before the end of the year, we should see some information in terms of broader use.”

Fighting disease with blood from survivors is an ancient strategy that has not been well tested for the novel coronavirus, which emerged in China late last year and has spread around the world. Some hospitals are already collecting blood plasma from recovered patients and infusing it into people who are sick with the coronavirus, but its efficacy is still being studied.

The new coronavirus has infected 4.3 million people worldwide and nearly 300,000 have died, according to a Reuters tally. here The pandemic has spurred several drugmakers to race to develop a viable treatment or vaccine.

Takeda’s proposed treatment offers a standardized dose of antibodies. It also has a much longer shelf life than unprocessed blood plasma and doesn’t need to be limited to patients with matching blood types.

There are not yet any treatments for COVID-19, the disease caused by the coronavirus, which have been approved by the U.S. Food and Drug Administration. However, some such as Gilead Sciences Inc’s antiviral drug remdesivir have received emergency authorization from the regulator.

The number of patients who could be aided by Takeda’s treatment, initially called TAK-888, depends in part on the availability of blood donations, Kim said in an interview with Reuters.

“It is a scarce resource,” Kim said. “Antibodies don’t last forever and we have to capture people within that time window. This is dependant on the progression of COVID-19 within different geographies.”

Takeda said last week it has joined with nine other companies that work on blood plasma-based therapies to develop a treatment for COVID-19 patients. The CoVIg-19 Plasma Alliance also includes Biotest AG, CSL Behring, and Octapharma Plasma, among others.

Takeda is working with the U.S. National Institute of Health (NIH) on a clinical trial that would give all the companies in its partnership the ability to produce the treatment, which will not have standard drug industry patent protections because it uses existing technology.