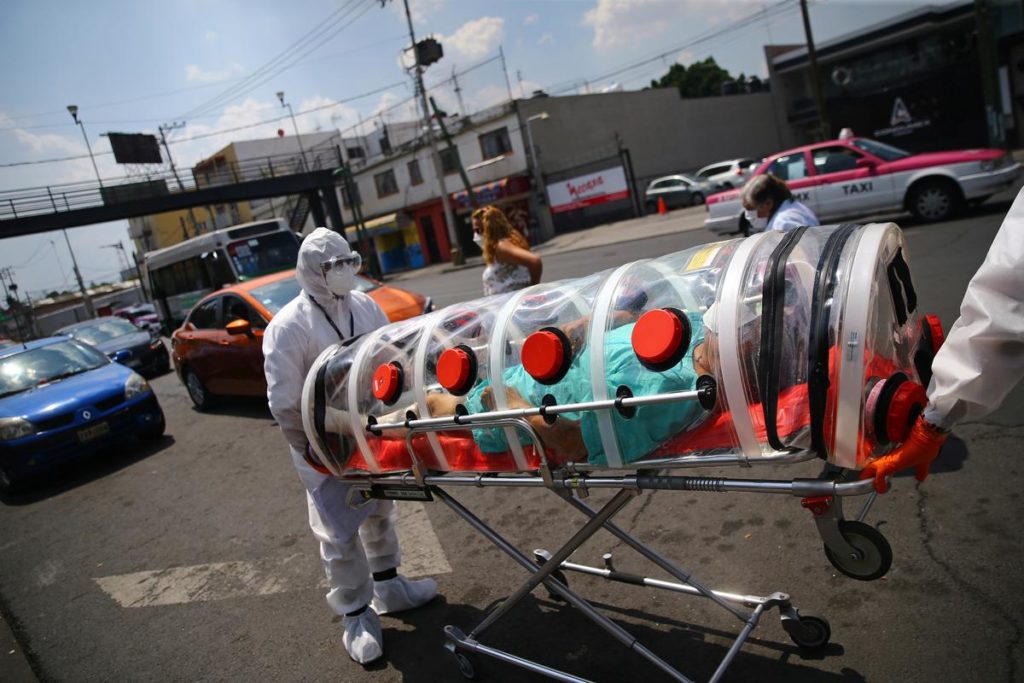 MEXICO CITY (Reuters) – New coronavirus cases in Mexico are expected to keep rising, a top health official said on Tuesday, even as the government pushes a gradual reopening of the economy launched at the beginning of this month.

FILE PHOTO: Luis, 62, a patient suffering from the coronavirus disease (COVID-19) and diabetes, is pictured inside a capsule as Red Cross paramedics transfer him from a hospital to another in Mexico City, Mexico, June 8, 2020. REUTERS/Edgard Garrido

While Mexico has yet to reach peak infections, they said, officials should boost testing before any wide-scale economic reopening and stick to safety measures, including social distancing.

In recent weeks, Latin America has emerged as the epicenter of the pandemic, with a spike in cases even as the tide of infection recedes elsewhere.

Mexican officials have gradually raised the projections of total fatalities and now forecast up to 35,000 deaths through October.

A study by the Institute for Health Metrics and Evaluation at the University of Washington last week forecast up to 75,516 deaths by August.

The government previously predicted the pandemic would peak in early May, and under U.S. pressure, has begun reopening its carmaking industry, which has since been deemed essential.

But plans to further relax social-distancing measures were put on hold as infection rates continued to rise.

Lopez-Gatell, who has coordinated the nation’s response, has said disaster had been avoided even as Mexico last week overtook the United States for the first time in daily reported deaths.