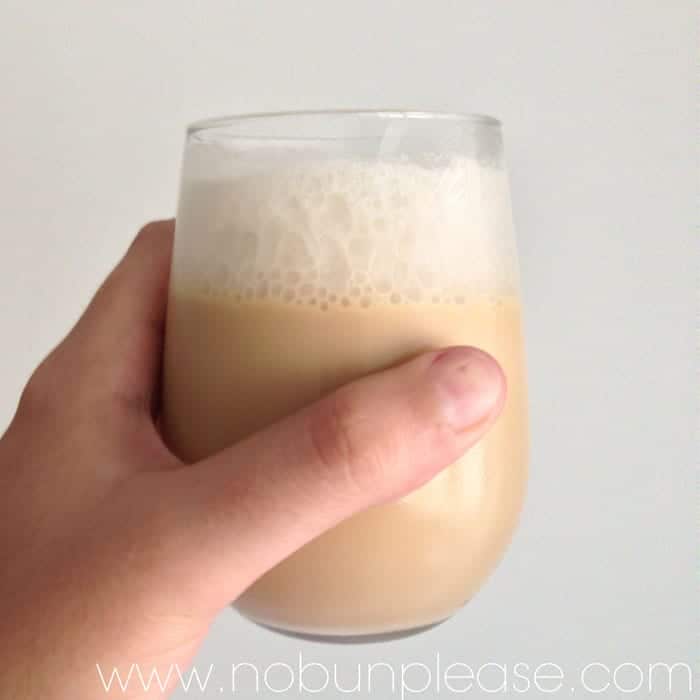 Now, it may not come to anyone’s surprise, but I really enjoy drinking alcoholic beverages. I mean, I am 23-years-old after all. Initially, that was one of the reasons that I started keto – it gave me the option to still enjoy nights out with friends drinking alcohol and also lose weight!

In the beginning, I stuck to my guns. I would drink either gin or vodka with soda and lime. If I was going to drink a shot, it would be either whiskey or more vodka (as noted in a previous post, you unfortunately have to avoid Jagermeister at 10 carbs/ounce).

One day, I was browsing the Reddit Keto group on Facebook and came across quite a few people who were enjoying their diet sodas with a splash of cream in them. I was a bit skeptical. It seemed a little weird.

I splashed a bit in my Diet Dr. Pepper and took a drink. OH MY GOSH. So delicious. It was kind of like a root beer float, only with Dr. Pepper. Perfectly creamy and such a great treat.

I took this a step further when I added alcohol…

Yes, a low carb and keto-friendly root beer float. I used The Kraken spiced rum for this recipe!

As always, remember to be responsible when drinking. Especially because it’s VERY easy to get drunk on a keto, low carb diet. Lack of carbs = total lush. Even you big guys, be careful!

If you would like more information on alcoholic beverages that can be enjoyed on keto, check out one of my other posts:
https://nobunplease.com/alcohol-on-a-low-carb-keto-diet/