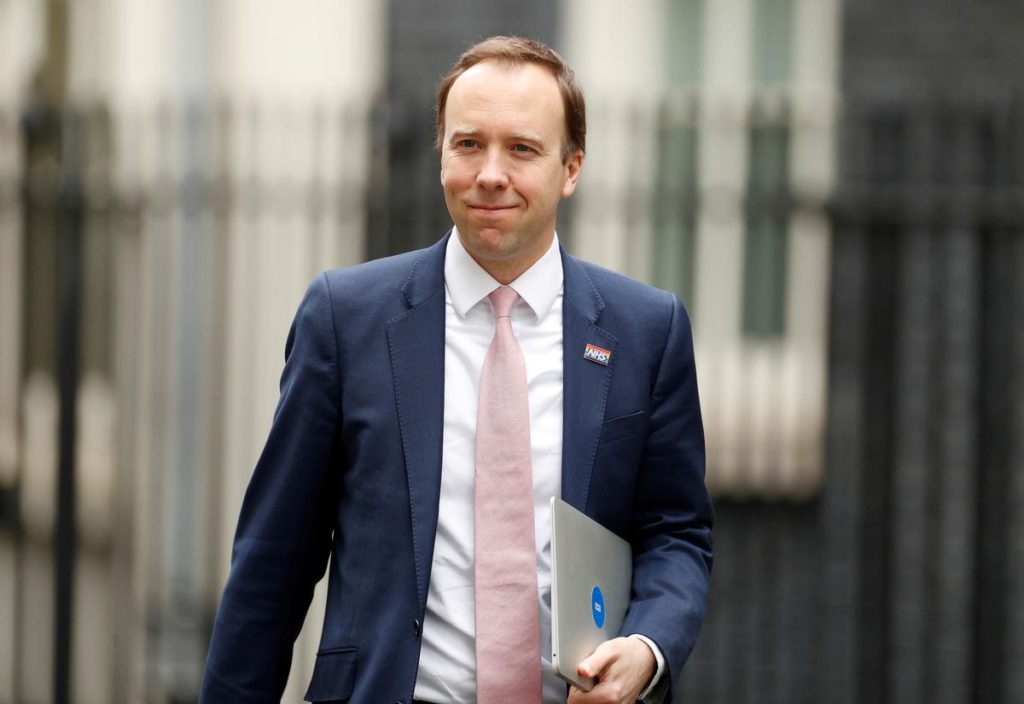 MILAN/LONDON (Reuters) – Italian and British medical experts are investigating a possible link between the coronavirus pandemic and clusters of severe inflammatory disease among infants who are arriving in hospital with high fevers and swollen arteries.

Doctors in northern Italy, one of the world’s hardest-hit areas during the pandemic, have reported extraordinarily large numbers of children aged under nine with severe cases of what appears to be Kawasaki disease, more common in parts of Asia.

In Britain, doctors have made similar observations, prompting Health Secretary Matt Hancock to tell a coronavirus news briefing on Monday that he was “very worried” and that medical authorities were looking at the issue closely.

Kawasaki disease, whose cause is unknown, often afflicts children aged under five and is associated with fever, skin rashes, swelling of glands and, in severe cases, inflammation of arteries of the heart.

England’s national medical director, Stephen Powis, told the British briefing he had become aware of reports of severely ill children with Kawasaki-like symptoms in the past few days but stressed it was too early to determine a link with coronavirus.

“I’ve asked the national clinical director for children and young people to look into this as a matter of urgency … We’re not sure at the moment.”

In Italy, paediatricians are also alarmed.

A hospital in the northern town of Bergamo has seen more than 20 cases of severe vascular inflammation in the past month, six times as many as it would expect to see in a year, said paediatric heart specialist Matteo Ciuffreda.

Ciuffreda, of the Giovanni XXIII hospital, said only a few of the infants with vascular inflammation had tested positive for the new coronavirus, but paediatric cardiologists in Madrid and Lisbon had told him they had seen similar cases.

He has called on his colleagues to document every such case to determine if there is a correlation between Kawasaki disease and COVID-19. He aims to publish the results of the Italian research in a scientific journal.

Ciuffreda said his first case of apparent Kawasaki disease was a nine-year-old boy who came to hospital on March 21, at the peak of the coronavirus outbreak, with high fever and low blood oxygen levels. He tested negative for coronavirus.

A scan showed he had an enlarged coronary artery, a hallmark of severe cases of Kawasaki disease, he said.

“The little boy worried me a lot, with a violent multi-organ inflammation affecting both heart and the lungs,” he said. “I feared he wouldn’t survive but surprisingly, in the course of a few days, he took a positive turn and he got better.”

Kawasaki disease was also anecdotally linked 16 years ago to another known coronavirus, though it was never proven.

The research was carried out after another, related coronavirus known as NL63 was found in a baby showing symptoms of Kawasaki disease in 2004.

Professor Ian Jones, professor of virology at the University of Reading in Britain, said the NL63 virus uses the same receptor as the new coronavirus to infect humans but also stressed that it was too early to draw conclusions.

“We just have to wait and see if this becomes a common observation,” he said.

The American Academy of Pediatrics has yet to see something similar in the United States, which has the most number of coronavirus infections and deaths.”We are not aware of any reports of this phenomenon in the United States,” Dr Yvonne Maldonado, who chairs the academy’s committee on infectious disease, said in an email referring to a potential link between COVID-19 and Kawasaki-type symptoms.