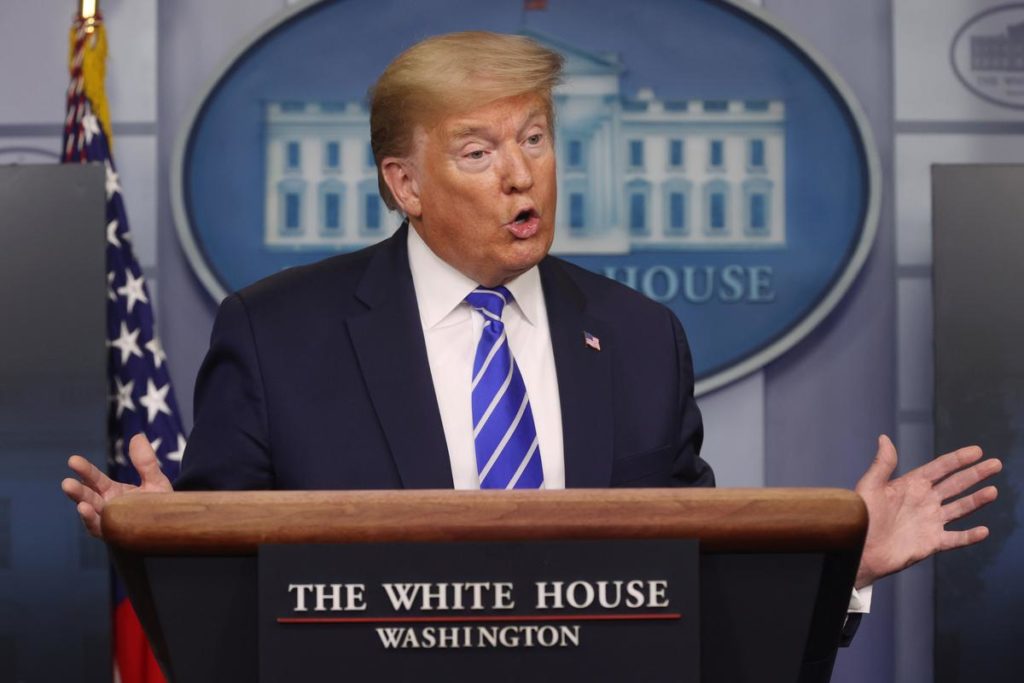 By Martinne Geller and Jonathan Stempel

(Reuters) – Makers of household cleaners on Friday took the unusual step of urging people not to drink or inject their products, after U.S. President Donald Trump suggested researchers try using them to cure COVID-19 patients.

Reckitt Benckiser (RB.L), the UK-based maker of Lysol and Dettol, issued the first warning, saying: “Under no circumstance should our disinfectant products be administered into the human body (through injection, ingestion or any other route).”

Clorox (CLX.N), maker of bleach, soon followed, calling it critical for consumers to understand the facts.

“Bleach and other disinfectants are not suitable for consumption or injection under any circumstances,” it said.

The comments came after Trump said at a Thursday news briefing that scientists should explore whether inserting ultraviolet light or disinfectant into the bodies of people infected with the disease caused by the novel coronavirus would help.

“Is there a way we can do something like that by injection, inside, or almost a cleaning?” he said. “It would be interesting to check that.”

Trump later said he was being sarcastic, after his comments sparked swift and fierce rebuke from the international medical community and others concerned that people might poison themselves by ingesting products with harmful chemicals.

“We have a responsibility as a company to make sure people are using our products as intended and are following the guidance on the label and not unintentionally misusing them because of different suggestions,” a Reckitt spokeswoman told Reuters. “We wanted to make sure nobody misinterpreted the comments.”

Lou Colasuonno, who specializes in crisis communications, said speaking up was the right thing to do, even if it risked White House retribution for contradicting the president.

“If they’d been quiet during this, it could be construed as acquiescence,” said Colasuonno, a senior managing director at FTI Consulting. He said the risk of White House pushback was low, given the reaction to Trump’s comments.

Lysol toilet bowl cleaner’s warning states: “CORROSIVE. Causes irreversible eye damage and skin burns. Harmful if swallowed. Do not get in eyes, on skin or on clothing.”

Meanwhile, Procter & Gamble (PG.N), maker of Comet cleaner and Dawn detergent, referred to a statement from the American Cleaning Institute that “disinfectants are meant to kill germs or viruses on hard surfaces. Under no circumstances should they ever be used on one’s skin, ingested or injected internally.”

William Marler, a food safety lawyer in Seattle, said manufacturers could face legal liability if consumers who did not know better misused their products, likening the companies’ statements to “president-proofing your product”.

“The law would presume that a reasonable person wouldn’t be consuming a product, despite what the president said,” Marler said.

He said companies would face a “much different situation” if their products were ingested by children, or people with a mental illness that predisposed them to doing that.

Frank Vandall, a professor at Emory University School of Law in Atlanta, said the argument that people know better was weakened by Trump’s comments.

“There are many people who could say that if the president says it, poof, that’s good enough for me,” he said. “The messenger is enormously important.”

Mark Geistfeld, a New York University law professor specializing in product liability, said a plaintiff must prove a manufacturer failed to adequately disclose the risks, which it could accomplish with a “do not ingest” warning on the label.

“The issue depends on whether there is already a warning on these products stating that the disinfectant should not be ingested,” he said in an email. “An adequate warning does not have to say, ‘Do not ingest, even if recommended by the President.’”