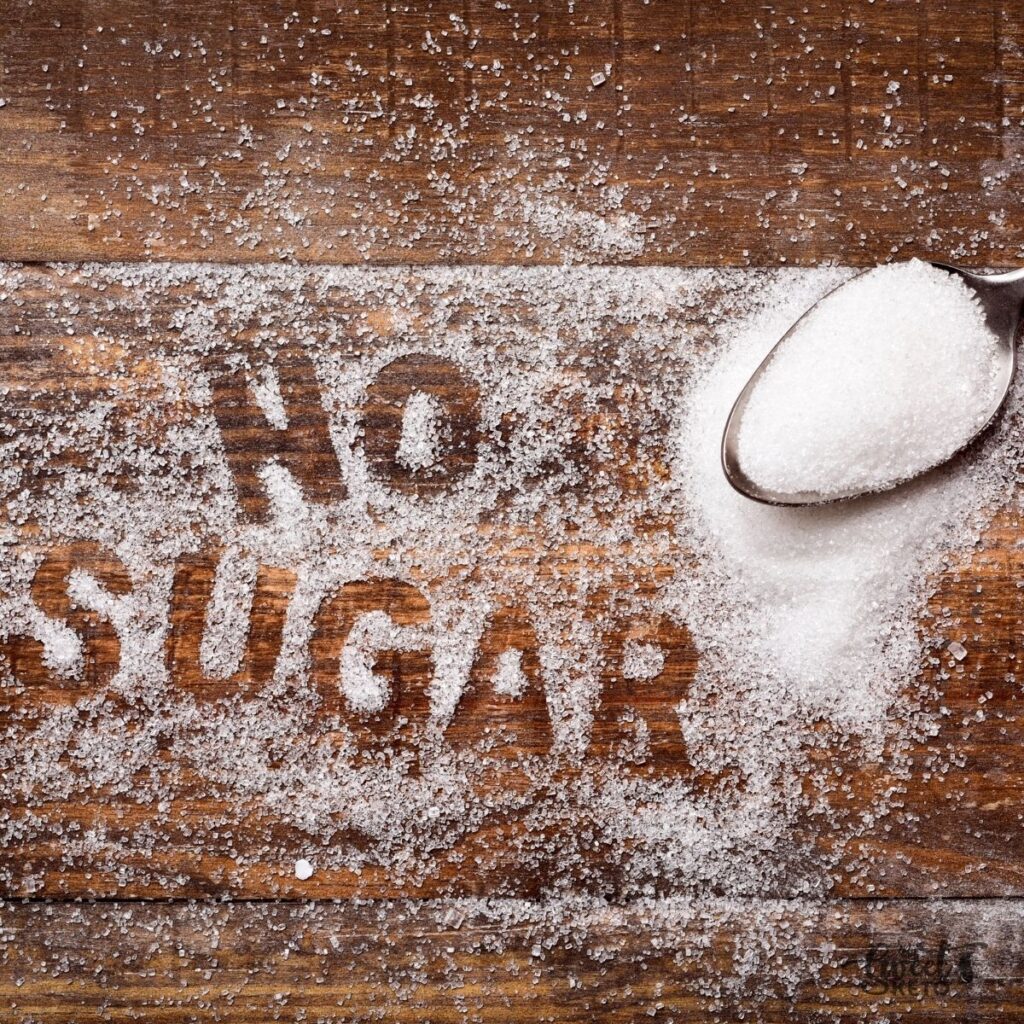 Is Allulose Keto? A Beginner’s Guide

In the world of sugar alternatives, allulose is a rising star. Unlike some sweeteners, such as sucralose and xylitol, it’s a real monosaccharide sugar. It shares the chemical structure of a typical carbohydrate, but it isn’t metabolized by the body. Research has shown it has no effect on blood glucose levels. This makes it an excellent option for keto dieters.

Allulose is often referred to as a “rare sugar” due to its minimal presence in nature. Other natural sweeteners, like stevia, taste sugary for a different reason. Stevia’s sweet taste comes from steviol glycosides, which offer up to 150 times the sweetness of sugar.

Allulose, on the other hand, offers about 70 percent of the sweetness of sugar. While it is less sweet, it still gets the job done.

It was first discovered in the 1940s. Trace amounts exist in a variety of edible substances. These include foods like wheat, raisins, figs, jackfruit, maple syrup, and molasses.

Manufacturers can create it through a natural enzymatic process. In the 1990s, Japanese scientist Ken Izumori identified the enzyme that converts fructose to allulose. This method is still used by companies today.

Most manufacturers are making allulose using corn or beet sugar. They isolate the fructose and turn it into allulose through a process of enzymatic conversion. The enzymes are then removed, which results in a potent and low-calorie sweetener.

Although allulose has been around for a while, companies have only recently begun marketing it as a sweetener or adding it to foods. In 2019, the United States Food and Drug Administration (FDA) gave food manufacturers permission to stop listing allulose as a sugar. It’s still included in carbohydrate counts.

Allulose Sugar and the Keto Diet: An Excellent Low-carb Option

Allulose is sometimes referred to by other names, including pseudo-fructose, d-psicose, or d-allulose. No matter which of these terms appear on the label, allulose is a safe option for keto or other low-carb dietary plans.

A teaspoon of allulose contains about 4 grams of carbs. However, it contains no NET carbs. Net carbs are those that the body can fully break down into glucose. Therefore, allulose is essentially free of carbs.

It’s also free of calories. It contains around 10 percent of the calories in sugar, which amounts to about 0.4 calories per gram. This is too small an amount to worry about even for someone on a strict diet.

The Allulose Experience: The Benefits and the Side Effects
Allulose Benefits

Allulose is relatively new to the holistic scene, and researchers are still studying its benefits. Nonetheless, what we’ve learned so far about this low-calorie sweetener has us excited. Not only does it not impact blood sugar, but it appears to also help improve insulin sensitivity. This makes it a good option for diabetics as well as keto dieters.

One study found that allulose could suppress blood sugar spikes in people with borderline diabetes. The same study found no abnormal or problematic effects caused by long-term ingestion of the sweetener.

Early studies suggest allulose can help us lose weight even if we aren’t maintaining ketosis. During one study, researchers fed rats a high-sugar diet with or without supplemental allulose. The rats that received the allulose demonstrated lower body fat percentages and less weight gain. Studies have also linked allulose to a reduction in fat storage in the liver.

One of the greatest benefits of allulose is psychological. Getting healthy and losing weight takes effort. It can be exhausting at times. You want to look and feel your best, but you don’t want to deprive yourself. Natural sweeteners like allulose provide a way to enjoy delicious treats you love without the guilt.

We’re happy to report that allulose presents a low risk of side effects. The FDA warns some people may experience gastrointestinal discomfort after consuming large amounts. However, these effects are temporary and not life-threatening.

Researchers performed a gastrointestinal tolerance test to determine how much allulose a human can safely consume. The results showed that an adult up to 132 pounds can consume about 54 grams daily before side effects will begin to show up.

The only other negative of allulose is also a factor with other sugar alternatives. Eating anything sweet increases our sugar cravings. While this isn’t a problem if you stick to allulose, it could be an issue if you feel tempted in other situations.

For example, if you’ve been eating a lot of tasty sweets baked with allulose, you might start craving a sugar-filled dessert the next time you’re out to dinner. You can avoid this problem by enjoying allulose treats in moderation.

Everyone is different. If you’ve never tried allulose, start with a small amount and see how your system reacts.

How to Use Allulose: Making Sweets Keto Style

If you’re a fan of experimenting in the kitchen, you’ll love working with allulose. Although it’s less sweet, allulose tastes much like sugar. It’s texturally similar as well, making it ideal for creamy applications, such as ice cream and cake frosting.

Not only is the sweetener perfect for the keto diet, but it’s also easy to work with. It mimics white sugar in just about every way. For example, it has a similar browning and freezing point as regular sugar.

We and other keto enthusiasts have tested allulose against other types of sweeteners. We’ve noticed it contributes to moist, rich, and even caramelized textures. This makes it ideal for use in cookies and cakes.

As far as measurements, you can compare allulose to erythritol. It measures out about the same way.

Other Low-carb Sweeteners to Consider

If you don’t like using allulose for whatever reason, there are plenty of other keto sweeteners to try. Monk fruit is another low-carb sweetener that ranks high in terms of keto friendliness. It’s also ideal for bakers as it measures the same as sugar when properly blended with erythritol.

There are several other sweeteners that are excellent for keto folks, such as Splenda. However, sweeteners like Splenda often contain other types of sugar, such as dextrose, as fillers. Make sure you carefully read labels to avoid pushing your body out of ketosis.

Figuring out the keto diet can be tricky, but you don’t have to do it alone. Subscribe to our keto blog today, and join our community of passionate keto and low-carb bakers. Whether you’re a beginner or a long-time keto enthusiast, we welcome you.