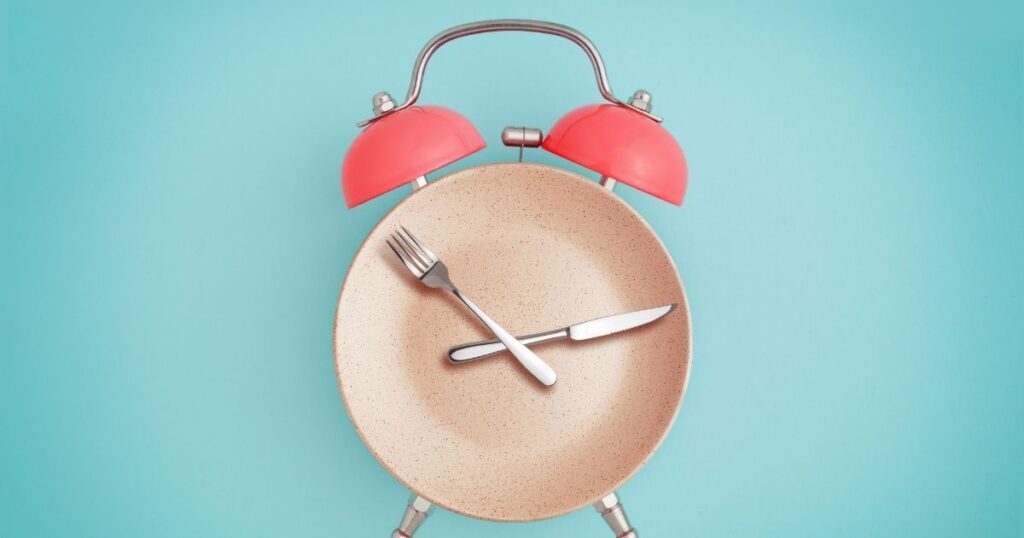 Intermittent Fasting and Keto: Can You Do Both?

Intermittent fasting and keto are dietary strategies with similar metabolic effects and a shared history. However, they have as many differences as things in common. The first involves avoiding all food for some time, while the latter is focused on carb restriction, for example.

And because both seem to target the same metabolic and health issues, many keto-ers (and those who fast) wonder if they could combine the two to get the best of both worlds. Below, you’ll learn more about whether intermittent fasting and keto can go together.

What Is Intermittent Fasting?

Also known as intermittent energy restriction, intermittent fasting (IF) is a dietary regimen where you cycle between periods of fasting and feeding. The fasting period involves abstaining from all food and sometimes water. However, some IF methods involve reducing calories or avoiding food groups.

There are several different IF methods, the most popular ones being:

Also known as the Leangains approach, it was developed by fitness expert Martin Berkhan. The 16/8 method involves getting your daily calories in an 8-hour window and fasting for the remaining 16 hours.

Made popular by British broadcaster Michael Mosley and late-night host Jimmy Kimmel, the 5:2 diet involves eating about 500-600 calories for two days, then eating as you normally do for the rest of the week. It doesn’t matter if you fast for two consecutive days or with pauses in between.

This IF method entails fasting every other day. The fasting period is usually 36 hours followed by a 12-hour feeding period. There’s also a modified ADF method in which you eat 25% of your daily calories (usually ~ 500 calories) during the fasting window.

One Meal A Day (OMAD)

The OMAD diet is an IF method where you eat one meal during a 1-hour window and fast for the remaining 23 hours. The meal you choose to eat could be anything — breakfast, lunch, or dinner — but it has to be moderate in calories (~ 600-800 calories). OMAD is considered an extreme form of fasting, especially when practiced daily.

As far as history goes, intermittent fasting first became popular in 2012, with the TV documentary Eat Fast, Live Longer and the book The Fast Diet. Later, Dr. Jason Fung published his 2016 bestseller “The Obesity Code: Unlocking the Secrets of Weight Loss,” which brought fasting even more into the mainstream.

Can You Combine Intermittent Fasting and Keto?

Combining fasting and keto is not uncommon. In fact, many epilepsy centers will initiate the keto diet with a 24-48 hour fast [3]. This has been common practice since the early days of using keto as an alternative therapy for epilepsy, the reasoning being that fasting helps speed up ketosis.

Furthermore, keto and IF have shared origins. Fasting is a precursor to the keto diet, with its use for this purpose dating back to at least 500 BC. Hippocrates was one of the first to suggest it to treat epilepsy, and the Bible also has passages that claim not eating is a cure for this malady.

Fast forward to the 20th and keto replaces fasting as a treatment for epilepsy. It all began when researchers at the Mayo Clinic found a way to mimic the metabolic effects of fasting with a low-carb, high-fat diet they called the ketogenic (keto) diet.

Keto dieters are well aware of the strong ties between fasting and keto, which is why they often combine the two. Their goals with this approach include:

Luckily, combining intermittent fasting and keto is fairly simple. All you have to do is choose a fasting method and eat your usual keto-friendly meals during feeding windows. Most fasting methods can easily go with the keto diet.

Combining IF with keto comes with a host of benefits you would not get with one approach alone. In other words, you get the benefits of both worlds with keto fasting, such as:

Some studies show that ketosis occurs sooner when keto is initiated with a fast. Other studies have different findings, stating that the time to ketosis was the same with and without the fast. The reasoning behind fasting for speedier ketosis is based on the fact that fasting depletes liver glycogen stores and leads to a drop in insulin — important precursors to ketosis.

If you’ve been struggling to get into ketosis with the keto diet, combining it with fasting can help you finally reach this state and reach it sooner.

Keto leads to weight loss, especially in people with diabetes and metabolic syndrome. It works because it reduces appetite, stops fat accumulation, boosting fat burning, and because it is metabolically costly, i.e. you burn more calories than on a “normal” diet.

But because you’ll eat even less when you pair fasting and keto, you can expect even easier weight loss. And because the keto diet leads to less hunger, fasting on keto is way more doable than on standard diets.

Keto and IF have a similar effect on metabolism. Both approaches “flip the metabolic switch,” which is a popular way of saying they lead to increased fat burning and ultimately ketosis. Allowing your body to occasionally switch to fat-burning and ketosis can not only lead to weight loss but overall a healthier metabolism.

For example, a recently published case report found that combining keto with IF helped a patient with diabetes get off their medication after four months. The researchers concluded this approach can help people with diabetes rely less on medication.

Fasting also leads to autophagy, which is essentially your body’s cell recycling system. Researchers are now zooming in on autophagy as a cure for inflammatory disease, neurological problems, and even cancer.

To reiterate: yes, you can combine keto with intermittent fasting. Both approaches have shared benefits, metabolic effects, and history. It only makes sense to combine the two.

Many keto dieters also find it easier to fast with keto than any other dietary approach. That is because the keto diet curbs hunger, making it easier to skip a meal or two. On the other hand, IF can speed up ketosis and make staying in this metabolic state easier.

But it is important to be cautious when restricting food intake this much. Excessive fasting can deplete your body of important nutrients and even lead to hypoglycemia and ketoacidosis if you’re diabetic. Make sure you’re fasting moderately and eating a well-rounded keto diet in-between to stay healthy.