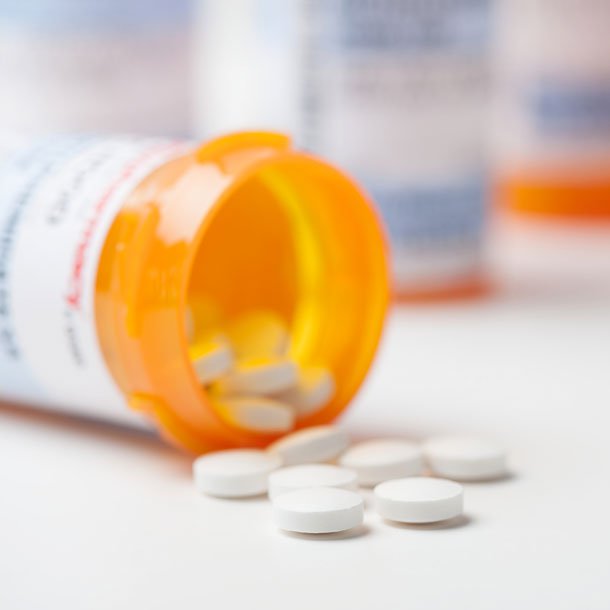 April 12, 2020 — In the United States and Europe, a handful of clinical trials have begun to test ways to keep health care workers and other vulnerable people safe from COVID-19.

Most are testing drugs called chloroquine or hydroxychloroquine that have long been used to prevent and treat malaria, and also as a therapy against rheumatoid arthritis and lupus. The hope is that, given before infection or early in the course of the disease, the drugs will protect someone against infection and illness from the virus, or, if they do, will ensure that their case is mild.

But whether these drugs will help, hurt or do nothing remains an open question.

Scientists strongly support these trials, but are equally vehement that these drugs should only be used in the context of a clinical trial – to carefully test effectiveness, be on the lookout for any negative effects, and to ensure that there is an adequate supply of the drugs if they prove useful.

“This is a virus that targets health care workers,” because they are in close proximity to very contagious people, says Warner Greene, a senior virologist with the Gladstone Institutes, an independent, nonprofit research organization based in San Francisco. “We have to do everything we can to protect them.”

First, a hope. Sometimes drugs that effectively treat a disease can also be used to prevent its appearance, says Greene, also a professor of medicine, microbiology and of immunology at University of California San Francisco.

The virus that causes COVID-19 uses a backdoor to enter the cell. As it enters, it is exposed to an acidic, vinegar-like environment, which is actually needed for the virus to get all the way inside. Hydroxychloroquine, metaphorically keeps the cap on the vinegar, Greene says, preventing acidification. Thus, there is a scientific rationale for how this drug might exert an antiviral effect, he says.

But there are warnings about these two drugs, too.

In some animal studies, the drugs have actually prevented the immune system from responding to an infection.

“My concern about the drug in the pre-infection state or the infected state is that they block the innate immune pathways that may allow the immune system to detect virus and to start a response against it,” says Art Krieg, who has spent decades studying this process. He sees both drugs as likely to be more useful to treat late stages of the disease, as has been done in China and elsewhere.

Krieg, founder and chief scientific officer of Checkmate Pharmaceuticals, a Cambridge, MA-based startup developing immune treatments for cancer, says he’s particularly worried about health care workers and others who may try these drugs outside of clinical trial. Without a trial, he says, they won’t know if the drug is actually increasing their risk of severe infection.

Mahir Ozmen, a professor of surgery at the Istinye University, School of Medicine in Istanbul, Turkey, says he thinks the best way to use chloroquine is in combination with zinc and vitamins C and D. He is running a clinical trial, testing to see whether this combination protects health care workers and their immediate families – including his own.

Ozmen, who is collaborating with a chest medicine specialist, an intensive care physician, and two infectious disease experts, says he intended to include only 80 participants, but 98 quickly volunteered. He began providing prophylactic therapy 2 weeks ago, and expects to complete the trial by July.

Hydroxychloroquine, he says, helps the zinc get inside the infected cells to destroy the virus, and vitamins A and D support immune function. He gives volunteers a low dose of hydroxychloroquine every 3 weeks, and a vitamin tablet every day – or every other day for people prone to kidney stones. The trial will check in on participants every 10 days, he says, looking for blood levels of the vitamins. At the end of the trial, each participant will be checked for antibodies to COVID-19, suggesting an infection, whether they realized it or not.

Even if his approach doesn’t prevent infection with COVID-19, Ozmen says he hopes it will reduce the severity of the illness.

“That kind of prophylaxis will give us the time,” Ozmen says, to develop a vaccine that will offer protection to everyone.

A trial of just 100 people is helpful, but does not provide definitive information about the risks and benefits of a particular drug. To do that requires many times more volunteers.

In perhaps the fastest-moving, large prophylaxis trial, researchers at Duke University are leading a $50 million collaboration across hundreds of American healt hcare systems, which will test 15,000 volunteers. Half the health care workers will take hydroxychloroquine, and half a placebo. Other drugs could be added to the study if they prove promising for preventing or lessening infection, says Adrian Hernandez, the trial’s principle investigator.

The trial is being launched by PCORnet®, the National Patient-Centered Clinical Research Network, a network of health care systems that have come together over the last few years to plan and conduct research trials. Although the collaboration predates COVID-19 by nearly five years, this is precisely the kind of situation it was designed to address, says Hernandez, adding that he hopes the network will soon be able to test COVID-19 vaccine candidates as well.

The team is planning to begin registering participants as soon as this week, he says, with dosing to begin in the middle of April and lasting about 10 weeks. Hernandez says he expects to publish the first results this summer.

Clinical research of this size usually takes several years, with another year or two before the results are published. But there has never before been so much at stake. “The motivations are extreme. People are moving mountains to make this happen.” He says he hopes that innovations made during this crisis will have a lasting impact on the research process.


QUESTION
What is the Wuhan coronavirus?
See Answer

“It’ll be a new model, if it’s successful,” he says. “Speed is of the essence. We need to get answers before things get worse with our health care workers.”

In France, researchers are running a trial with 1,200 health care workers to test prophylactic use of hydroxychloroquine or a combination of two HIV drugs, Lopinavir and Ritonavir, which failed as a treatment in people with severe COVID-19 infections but may work as prevention. It is expected to take 6 months.

Robert Salata, chairman of the department of medicine at UH Cleveland Medical Center, is including 4,500 patients in his trial of an antiseptic that health care workers will spray into their mouth three times a day.

“It’s pleasant tasting and it’s really safe,” says Salata, also a professor of medicine, epidemiology and international health at Case Western Reserve University, in Cleveland. The antiseptic, called ARMS-I, made by ARMS Pharmaceutical of Cleveland, is already present in lower concentrations in some mouthwashes, he says.

Salata’s team studied the same antiseptic in 100 people during flu season and found that it decreased the number of upper respiratory infections, and if patients got sick, they recovered faster. The antiseptic has also proved useful in bone marrow transplant patients who have weakened immune systems, he says.

He is now recruiting patients and expects the trial to take about 4 months, 6 for the results. It is not yet fully funded, he says, but he hopes to raise more, and the company that makes the antiseptic has promised to make up the difference.

“If this works, it could be a game-changer, so we want to move on it quickly,” Salata says.


Source link
Previous Post Factbox: Latest on the spread of the coronavirus around the world Next Post Procedures in Known/Suspected COVID-19 Guidelines (2020)