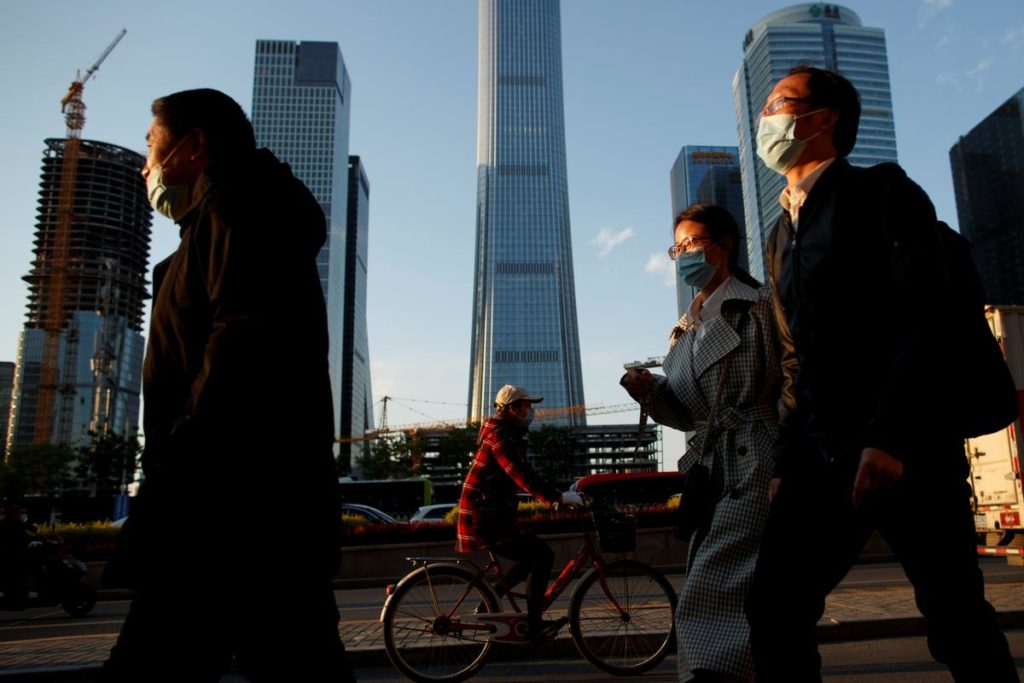 BEIJING/SHANGHAI (Reuters) – China’s health authority called for a stronger and more rigorous testing regime to ensure that the new coronavirus does not escape detection, whether in travellers arriving from abroad or from other parts of the country.

All localities must improve their testing capabilities, including those at border crossings, and report any epidemic information in a timely manner, the National Health Commission cited its director Ma Xiaowei as saying. Ma made the comments on Saturday, but they were released by the ministry on Monday.

Despite the downtrend, officials remain concerned about the re-emergence of local transmissions in parts of the country, including Beijing, where a central district has been re-classified as high-risk following three recent local infections.

Ma singled out the provinces of Heilongjiang and Guangdong, saying they should identify the “weak links” in their ability to prevent and control the epidemic.

Of the 82 new local infections in China in the past 14 days, northeastern Heilongjiang province accounted for 42 and southern Guangdong province for 30.

The new local cases have been driven by an influx of Chinese nationals coming home from abroad, particularly in Heilongjiang, which has seen a surge in citizens returning from Russia.

International flights to China have been slashed. In particular, flights to the Chinese capital have been diverted to other cities, some hundreds of kilometres away.

Between March 20 and April 19, 135 flights originally bound for Beijing landed in other cities, with 87% of the 29,999 passengers quarantined in the cities where they disembarked, Sun Shaohua, an official at the civil aviation regulator, told reporters on Monday.

New local cases have also been due to people arriving from central Hubei province, ground zero of the coronavirus outbreak in China, as well as infected people who until recently had shown no symptoms, such as a fever or a cough.

No vaccine has been proved safe or effective to protect healthy people from the coronavirus.

But China might use experimental vaccines on some classes of people, such as medical workers, as early as by the end of this year, the state-controlled Beijing Daily newspaper cited Gao Fu, director at the Chinese Center for Disease Control and Prevention, as saying at a news conference.

China has approved at least three experimental coronavirus vaccines to be tested in human trials since the virus outbreak.

They also need to take two nucleic acid tests and one antibody test, according to a statement posted on the Guangxi health commission’s social media account.

Before entering Guangxi, people who have lived or travelled to areas classified as high-risk or medium-risk in China in the past 14 days must show negative nucleic acid test results, and the tests must have been conducted within the past seven days.

China reported 49 new asymptomatic cases on Sunday, up from 44 a day earlier.

China does not include asymptomatic cases, or people who test positive for the virus but do not exhibit clinical symptoms such as a fever, in its official tally of confirmed cases.