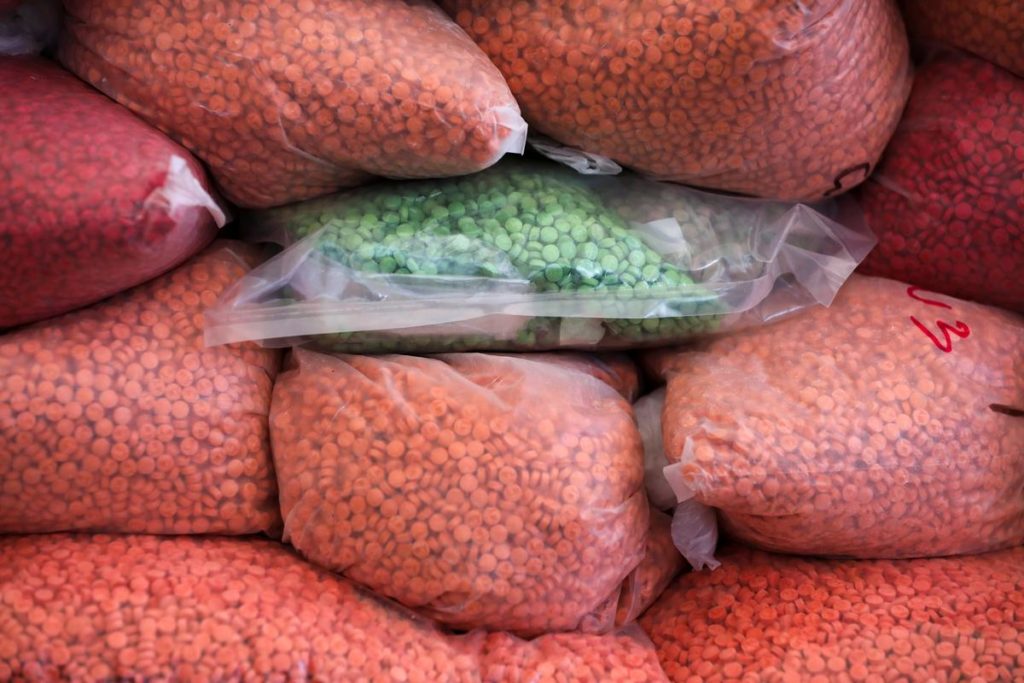 BANGKOK (Reuters) – Illicit drug markets in the Asia-Pacific continue to expand and diversify and appear to be largely unaffected by the coronavirus outbreak, the United Nations said on Friday.

The production of methamphetamine, the most popular drug in the region, continues to hit record highs while prices fall to new lows in East and Southeast Asia, as well as Australia and New Zealand, the United Nations Office on Drugs and Crime (UNODC) said in a report that compiled data from 2019 to first quarter of 2020.

“It is hard to imagine that organised crime have again managed to expand the drug market, but they have,” said Jeremy Douglas, UNODC Representative for Southeast Asia and the Pacific.

“While the world has shifted its attention to the COVID-19 pandemic, all indications are that production and trafficking of synthetic drugs and chemicals continue at record levels in the region.”

Inshik Sim, a UNODC Illicit Drugs Analyst, told Reuters that recent intelligence suggested that there had been no change in the street price of methamphetamine in Bangkok or Manila, the capitals of Thailand and the Philippines and the biggest markets for the substance in Southeast Asia.

This, he said, showed there had been “no impact on its availability in the market”.

The relative stability of the drug market in much of the Asia-Pacific contrasts with the experience in North America and Europe, where tougher travel restrictions and border controls have disrupted supply chains and pushed prices higher.

In recent years, transnational crime groups based in Hong Kong, Taiwan and Macau have expanded the sophistication and scale of methamphetamine production in industrial-scale labs in northern Myanmar and widened their distribution network as far as Japan and New Zealand.

As supply has surged and prices have fallen, the purity of the drug has increased, the UNODC report said.

While opium cultivation and heroin production has been declining in Southeast Asia’s Golden Triangle which straddles northern Myanmar and parts of Laos and Thailand, there has been a “steady emergence” of dangerous synthetic opioids like fentanyl in East And Southeast Asia, said the report.

“The illicit drug market here is at a tipping point as synthetic opioid production appears to be migrating into places with deep governance problems like the Golden Triangle,” said Douglas. “Southeast Asia could well become a source of opioids for other parts of the world while these substances get mixed into or displace part of the regional heroin supply.”

Other synthetic drugs such as ecstasy, ketamine and cannabinoids are also increasingly found across the region, the UNODC report said.