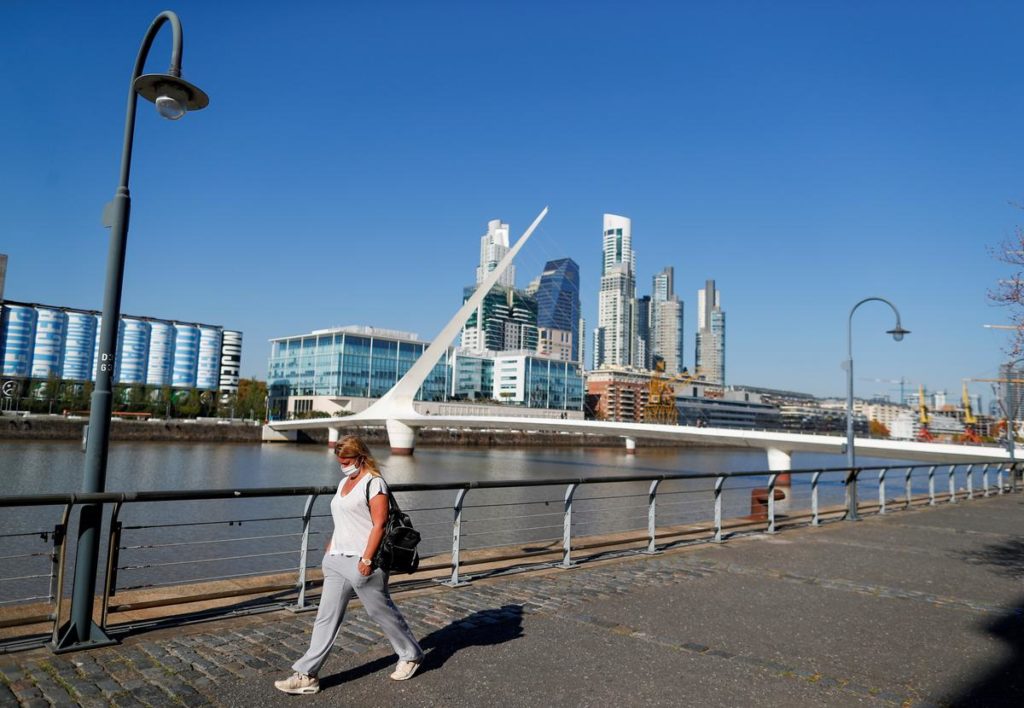 BUENOS AIRES (Reuters) – Argentina surpassed 10,000 confirmed cases of the coronavirus on Friday, after recording the highest single-day increase since the start of the pandemic.

The rate of daily confirmed infections has steadily increased in the last week, though Argentina is still heavily outpaced by its regional neighbors. Brazil has the highest infection rate on the continent and became the world no.2 hotspot in terms of case numbers on Friday.

Argentina has been under a mandatory lockdown in most parts of the country since March 20 and has one of the strictest travel bans in the world, blocking the sale and purchase of flights until September.

The government extended the lockdown until May 24 for some parts of the country, while relaxing some limited restrictions on movement and businesses.

The city of Buenos Aires, which has the highest concentration of cases in the country, is still under the toughest restrictions, though people have begun to venture out more as some business sectors reopen.

“The measures that were taken at the beginning were good, but due to the greater flexibility, many more people began to go out and today we are getting to what we did not want, the peak of infections,” said Buenos Aires resident Alan Godoy, wearing a mask on the street outside a subway station.

“Unfortunately, we are in a country that lacks funds and people have to go out to work. It is reality,” he said.