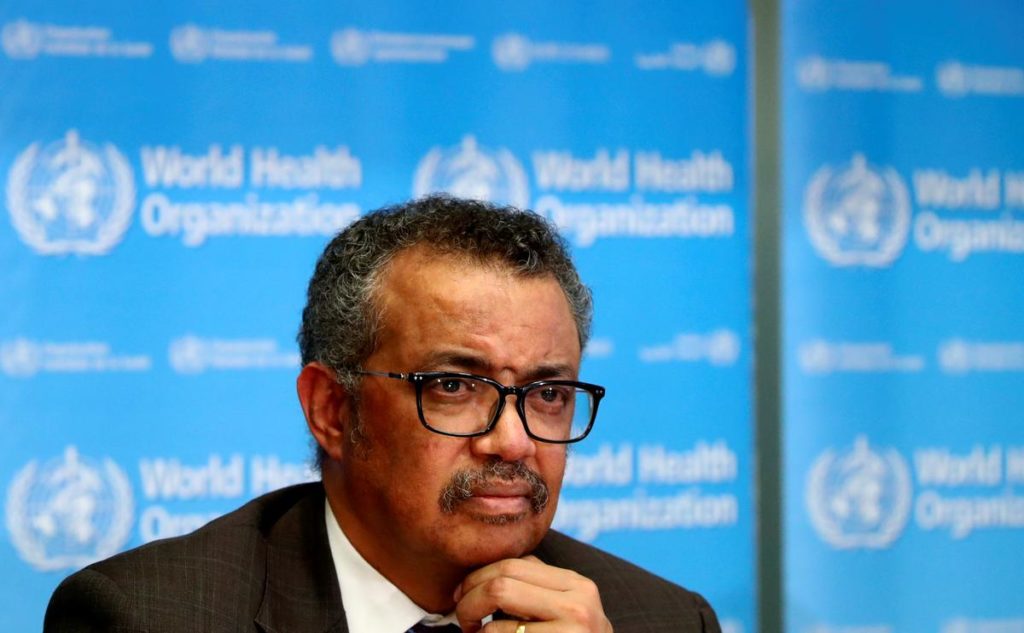 WHO hopes to work with U.S. on Ebola despite Trump criticism over COVID-19

GENEVA/ZURICH (Reuters) – The World Health Organization hopes to work “side by side” with the United States to contain an outbreak of Ebola in Congo, its chief said on Wednesday, even though President Donald Trump has said he is ending the U.S. relationship with the WHO over its handling of the coronavirus pandemic.

The meeting appeared to be the first sign of high-level cooperation between Tedros and the Trump administration since Trump said he was terminating the U.S. relationship with the WHO.

“We had a very good discussion with the secretary as of last week and he assured me of U.S. continued commitment to support in the fight especially against Ebola,” Tedros said.

He said this did not mean the WHO was receiving money directly from Washington, which until now has been its top donor.

“It’s not about the money. The relationship (with the United States) is more important,” he said.

The WHO has praised the United States’ “immense” and “generous” contribution to global health in an attempt to salvage the relationship.

It is not yet clear when Trump’s decision will come into effect. Trump has accused the WHO of issuing bad advice on the coronavirus, pandering to Beijing and overlooking an initially secretive response to the COVID-19 outbreak, first reported in China. The WHO has defended its handling of the pandemic.

The WHO said on Monday up to 12 people had been found infected with Ebola in a new outbreak of the deadly disease in the Democratic Republic of Congo.

WHO officials also warned on Wednesday against complacency in the COVID-19 fight on Wednesday, saying there were equipment shortages in some regions including Central and South America.

Previous Post Are Painkillers After Childbirth a Prescription for Addiction? Next Post Pregnant Women With Heart Defects Don’t Always Get This Recommended Test