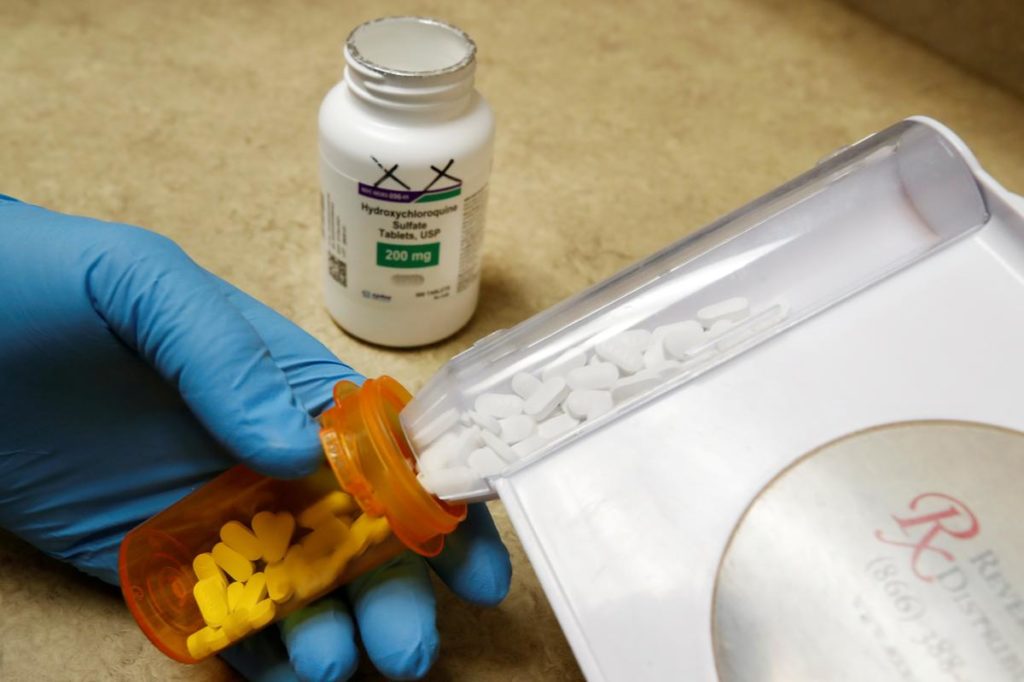 UK halts trial of hydroxychloroquine as ‘useless’ for COVID-19 patients

LONDON (Reuters) – British scientists halted a major drug trial on Friday after it found that the anti-malarial hydroxychloroquine, touted by U.S. President Donald Trump as a potential “game changer” in the pandemic, was “useless” at treating COVID-19 patients.

“This is not a treatment for COVID-19. It doesn’t work,” Martin Landray, an Oxford University professor who is co-leading the RECOVERY trial, told reporters.

“This result should change medical practice worldwide. We can now stop using a drug that is useless.”

Vocal support from Trump raised expectations for the decades-old drug that experts said could have been a cheap and widely available tool, if proven to work, in fighting the pandemic, which has infected more than 6.4 million people and killed nearly 400,000 worldwide.

Controversy surrounding the drug grew after a study published in medical journal The Lancet last month raised safety concerns and led several COVID-19 studies of it to be halted. The Lancet study was then retracted on Thursday after its authors said they were unsure about its data.

Landray, a professor of medicine and epidemiology at Oxford University, noted the “huge speculation” about the drug as a treatment for COVID-19 but said there had been until now “an absence of reliable information from large randomised trials”.

He said the preliminary results from RECOVERY, which was a randomised trial, were now quite clear: hydroxychloroquine does not reduce the risk of death among hospitalised patients with COVID-19.

“If you’re admitted to hospital, don’t take hydroxychloroquine,” he said.

Results showed no significant difference in death rates after 28 days, in length of stay in hospital or in other outcomes, the researchers said.

Earlier this week, a University of Minnesota randomised trial found that the drug was ineffective in preventing infection in people exposed to the coronavirus.

Dozens of trials trying various permutations of use of the drug continue.

FILE PHOTO: The drug hydroxychloroquine, pushed by U.S. President Donald Trump and others in recent months as a possible treatment to people infected with the coronavirus disease (COVID-19), is displayed by a pharmacist at the Rock Canyon Pharmacy in Provo, Utah, U.S., May 27, 2020. REUTERS/George Frey

The World Health Organization (WHO) said on Friday the RECOVERY results would not change its plan to resume tests of hydroxychloroquine as part of its ‘Solidarity’ trials. It had briefly stopped giving it to new patients in light of the Lancet paper.

Parastou Donyai, director of Pharmacy Practice at the University of Reading in England, said the drug was “propelled onto the world stage by President Trump”, adding he had praised it without solid evidence.

“This news, although not positive, is a welcome relief to thousands of scientists, doctors and academics who have been crying out for proper proof of whether hydroxychloroquine works in COVID-19 or not.” she added, calling the conclusion that it does not “definitive”.