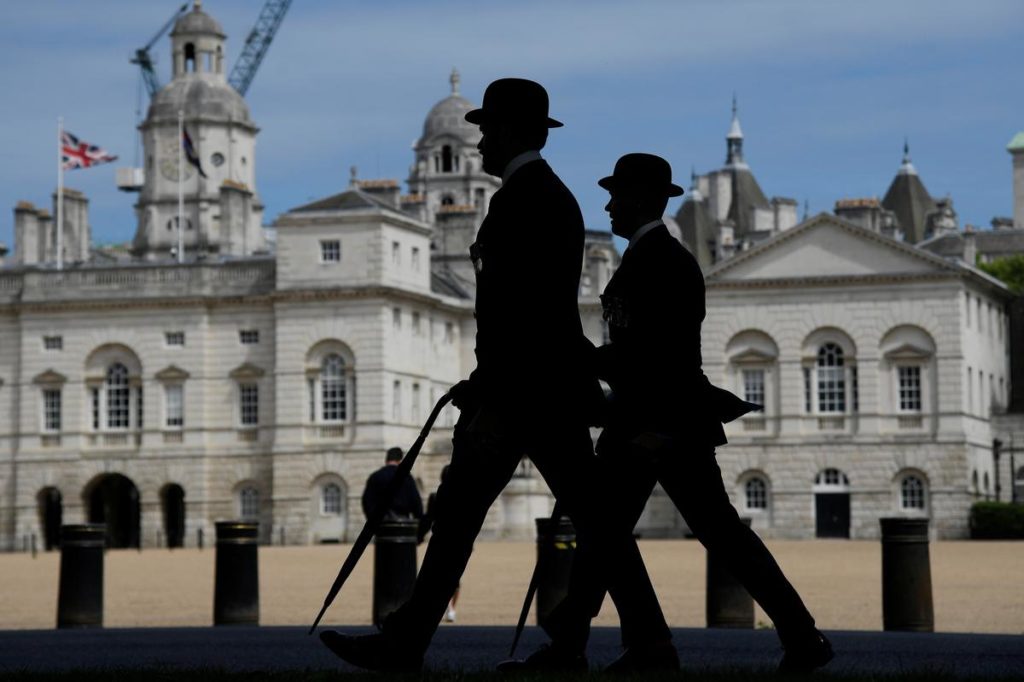 LONDON (Reuters) – The number of people who have died in the United Kingdom after testing positive for COVID-19 rose by 170 to 34,636, business minister Alok Sharma said on Sunday, the lowest increase in the official death toll since March 24.

The increase reported on Sunday was sharply down from the 468 rise in deaths reported 24 hours earlier and the lowest since Britain brought in a lockdown to curb the spread of the virus on March 23.

However, at weekends the number of recorded deaths has been lower than the number reported during the week, and health officials in England also said its Covid Patient Notification System had not operated for a while on Saturday.

“The consequences of this situation may therefore be reflected in the number of deaths reported today,” NHS England said.

The rise in the number of deaths in Britain from the virus peaked at 1,172 on April 21 according to official data and has been falling steadily since then. Other government statistics which include deaths due to suspected cases indicate that Britain’s toll is over 40,000.

Sharma said 243,303 people in Britain had so far tested positive for the virus, an increase of 3,142 since Saturday.

Sharma also said that Oxford University and drug maker AstraZeneca (AZN.L) had struck a global licensing deal for a vaccine that Oxford scientists were working on, one of the front runners in the global race to provide protection against the new coronavirus causing the COVID-19 pandemic.

If the vaccine proves successful, AstraZeneca will mass produce 100 million doses with up to 30 million doses available for people in the United Kingdom by September.

“The UK will be first to get access,” Sharma said, adding that the government was providing an additional 84 million pounds ($101.67 million) in funding to British researchers working on potential vaccines.