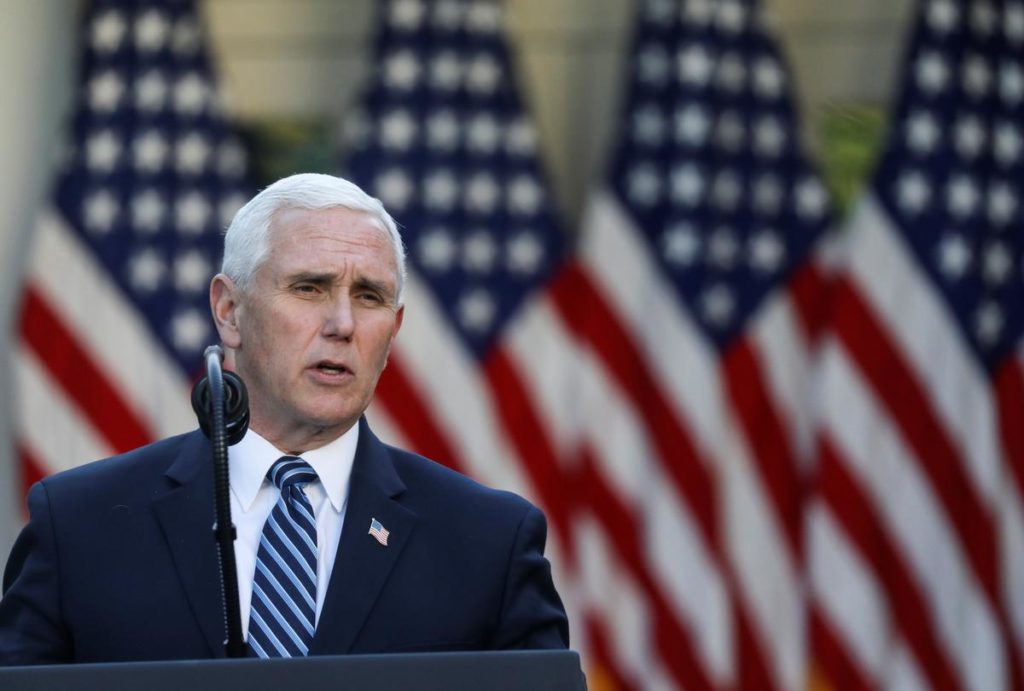 WASHINGTON (Reuters) – Experts believe states currently have enough tests to meet guidelines to begin reopening their economies after a shutdown to curb the spread of the coronavirus, U.S. Vice President Mike Pence said on Friday, despite pushback from governors.

Pence’s remarks, delivered at a White House briefing, came a day after U.S. President Donald Trump unveiled new guidelines for U.S. states to emerge from the shutdown in a staggered, three-stage approach that relies on robust testing capabilities.

“Our best scientists and health experts assess that states today have enough tests to implement the criteria of Phase One if they choose to do so,” Pence said at a daily briefing on the administration’s response to the pandemic.

According to the guidelines, states must have “robust testing” programs in place for at-risk healthcare workers before reopening, a burden which U.S. President Donald Trump has said the states must bear.

“The States have to step up their TESTING!” Trump wrote on Twitter earlier on Friday.

But governors and lawmakers have pushed back, arguing that testing should be more widespread and that the federal government should continue to pitch in, before reopening.

Anthony Fauci, the top U.S. infectious diseases expert, said on Friday that Senate Democrats asked a lot of reasonable questions in a call earlier in the day including whether there were enough tests to go through this first phase.

Fauci acknowledged there are still areas to improve on testing, but a lot of the issues have been corrected or will be corrected. “We have to figure out how do we close that gap,” he said.