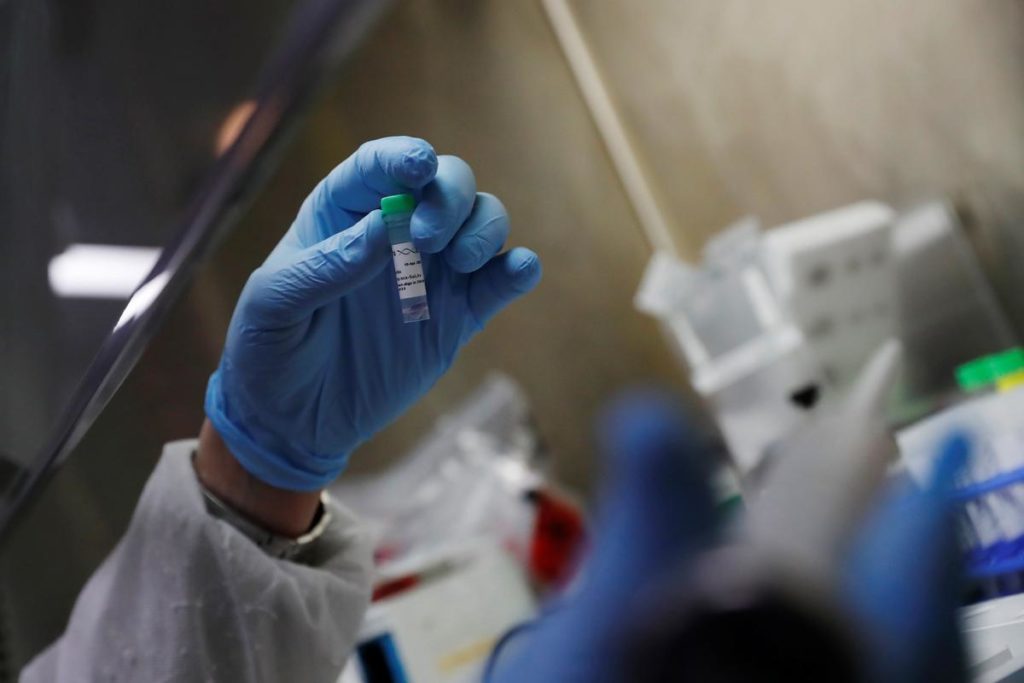 FILE PHOTO: A clinician takes coronavirus disease (COVID-19) blood samples to be tested at the Roseland Community Hospital on the South Side of Chicago, Illinois, U.S., April 22, 2020. REUTERS/Shannon Stapleton

(Reuters) – U.S. coronavirus deaths topped 49,000 on Thursday as the number of lives lost in April rises by an average of 2,000 a day, according to a Reuters tally.

The total number of U.S. cases was approaching 860,000 with many states yet to report on Thursday.

U.S. cases rose by over 30,000 on Wednesday, the biggest increase in five days but in line with an average of 30,000 new cases a day in April, according to a Reuters tally.

Across the country, state officials say there remain bottlenecks in testing capacity, shortages of materials such as swabs used for taking samples and not enough workers to contact- trace infections.

In addition to a staggering death toll, unemployment claims soared on Thursday and reaffirmed the grim economic toll of the coronavirus pandemic.

Over 26.5 million Americans have sought unemployment benefits over the last five weeks, confirming that all the jobs gained during the longest employment boom in U.S. history have been wiped out as the novel coronavirus savages the economy.

A Reuters/Ipsos survey this month showed a bipartisan majority of Americans want to continue to shelter in place to protect themselves from the coronavirus, despite the impact to the economy.