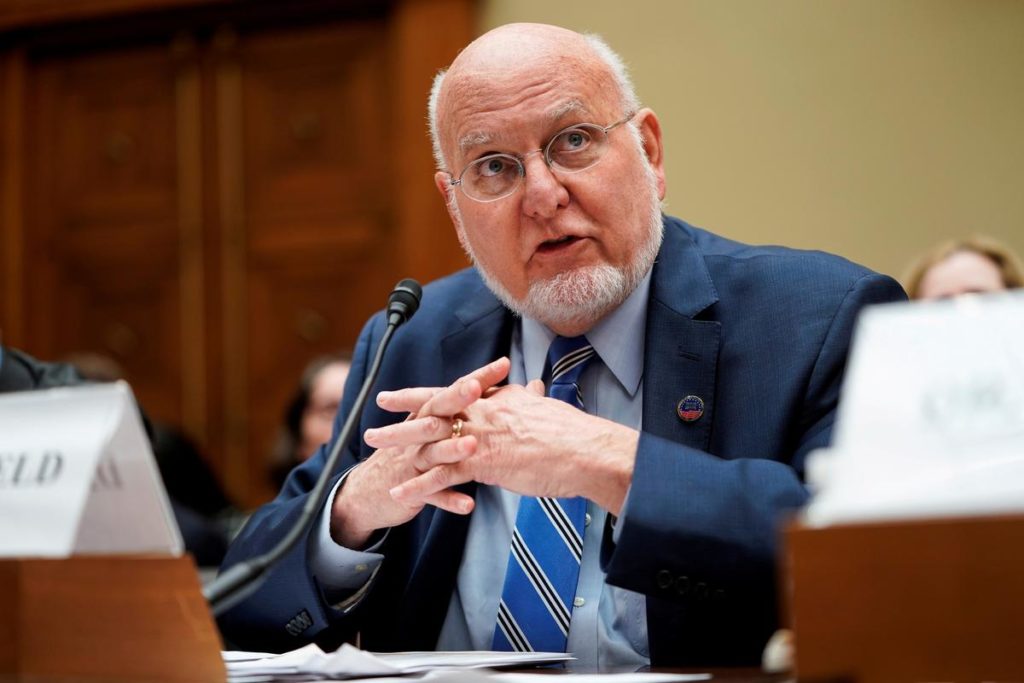 NEW YORK/WASHINGTON (Reuters) – The U.S. coronavirus death toll – the highest in the world – surged past 30,000 on Wednesday after doubling in a week, while the hardest-hit state of New York ordered residents to wear masks in certain settings to combat the pandemic.

The sobering milestone was reached at a time when states spared the worst of the pandemic were mulling a partial lifting of restrictions on business and social life by May 1, a target date promoted by President Donald Trump.

The goal of getting the country back to work took on more urgency with the release of two government reports showing plummeting retail sales and factory output last month.

A University of Washington model, often cited by the White House, this week predicted the total U.S. deaths in the pandemic could reach about 68,800 by early August. That suggests the United States has not even reached the halfway point in possible fatalities.

After saying earlier this week that New York had passed the worst of the crisis, Governor Andrew Cuomo on Wednesday ordered his state’s 19 million residents to wear masks or substitutes when in any public situation that may not allow them to be at least six feet away from others. New Yorkers will have three days to comply with the order, aimed at ensuring the mask wearer does not infect others.

Cuomo said 752 people died in his state in the past day – down slightly from the previous day but still high, although hospitalizations declined in a sign the crisis was easing.

“If you are going to be in public and you cannot maintain social distancing then have a mask, and put that mask on,” Cuomo told a news briefing.

New York is following the lead of a few places that already have policies regarding face coverings in certain circumstances, including Los Angeles. Health experts have recommended the use of face masks after initially discouraging the public from wearing them, out of concern over a short supply for medical professionals treating coronavirus patients.

Cuomo also gave an outline of how he would begin to reopen businesses, starting with the most essential and those where the risk of infection spread was smallest.

With evidence that the outbreak is slowing in states like New York, political leaders have engaged in an acrimonious debate over when to try to reopen the economy without paving the way for a deadly second wave of infections.

States and local governments have issued “stay-at-home” or “shelter-in-place” orders affecting about 94% of Americans to curb the spread of COVID-19, the respiratory illness caused by the virus.

The restrictions have battered the U.S. economy, with mandatory business closures aimed at curbing the pathogen’s spread leaving millions of Americans unemployed.

Fresh government data released on Wednesday gave another glimpse at the damage. Retail sales dropped by 8.7% in March, the government reported, the biggest decline since tracking began in 1992. Consumer spending accounts for more than two-thirds of U.S. economic activity.

In addition, output at U.S. factories declined by the most since 1946 as the pandemic fractured supply chains.

Trump, who initially downplayed the coronavirus threat and then called for a reopening of the economy by April 12, now has embraced May 1 target date.

Medical workers respond at Maimonides Medical Center during the outbreak of the coronavirus disease (COVID19) in the Brooklyn borough of New York, U.S., April 14, 2020. REUTERS/Caitlin Ochs

“There are a number of states – 19, 20 states – that really have had limited impact from it. So I think we will see some states that are – the governors feel that they’re ready – we’re poised to assist them with that reopening,” Robert Redfield, director of the U.S. Centers for Disease Control and Prevention, told ABC’s “Good Morning America.”

Healthcare workers have faced unique health threats while working on the front lines trying to tackle the pandemic. Reuters has identified more than 50 nurses, doctors and medical technicians who have died after being diagnosed with COVID-19 or showing symptoms of it. At least 16 were in New York state.

“The emergency room is like a war zone,” said Raj Aya, whose wife Madhvi Aya – a physician’s assistant in Brooklyn – was one of the healthcare workers who died in New York.