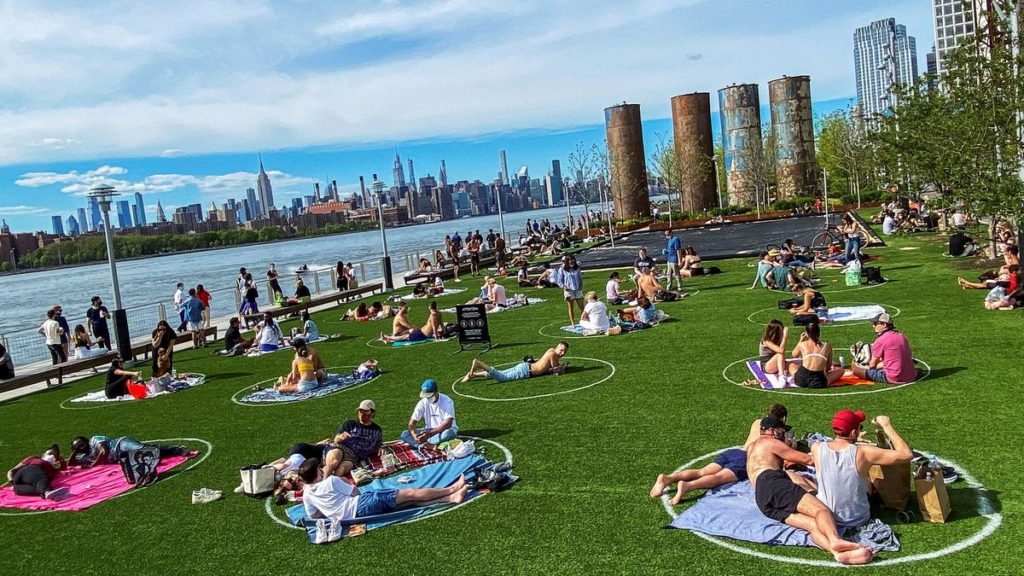 (Reuters) – The number of COVID-19 cases in the United States exceeded 1.5 million on Monday, as total deaths caused by the new coronavirus approached 90,000, according to a Reuters tally of state and county figures.

FILE PHOTO: People try to keep social distance as they enjoy a warm day during the outbreak of the coronavirus disease (COVID-19) at Domino Park in Brooklyn, New York, U.S., May 16, 2020. REUTERS/Eduardo Munoz/File Photo

Most U.S. states reported a drop in new cases of the respiratory illness for the week ended May 17, with only 13 states seeing a rise in infections compared to the previous week, a separate Reuters analysis found.

Tennessee had the biggest weekly increase with 33%. Louisiana’s new cases rose 25%, and Texas reported 22% more cases than in the first week of May, according to the Reuters analysis of data from The COVID Tracking Project, a volunteer-run effort to track the outbreak.

Michigan saw new cases rise 18% after five weeks of declines. Michigan was hit hard early in the outbreak and has seen more than 4,800 deaths.

Nationally, new cases of COVID-19 are down 8% in the last week, helped by continued declines in New York and New Jersey. Nearly all 50 U.S. states, however, have allowed some businesses to reopen and residents to move more freely, raising fears among some health officials of a second wave of outbreaks.

The Centers for Disease Control and Prevention (CDC) has recommended states wait for their daily number of new COVID-19 cases to fall for 14 days before easing social distancing restrictions.

As of May 17, 13 states had met that criteria, down from 14 states in the prior week, according to the Reuters analysis.

WHERE NEW CASES ARE FALLING

Kansas and Missouri saw the biggest declines in new cases from the previous week, after an outbreak at a St. Joseph, Missouri meat packing plant resulted in over 400 cases in the first week of May. St. Joseph sits on the Kansas-Missouri border, just north of Kansas City.

Washington D.C. saw a 32% decline after several weeks of growth.

Georgia, one of the first states to reopen, saw new cases fall 12% in the past week and now has two consecutive weeks of declining cases.

Globally, coronavirus cases top 4.5 million since the outbreak began in China late last year. On a per capita basis, the United States has the third-highest number of cases, with about 45 for every 10,000 people, according to a Reuters analysis.

Reporting by Chris Canipe in Kansas City, Missouri, and Lisa Shumaker in Chicago