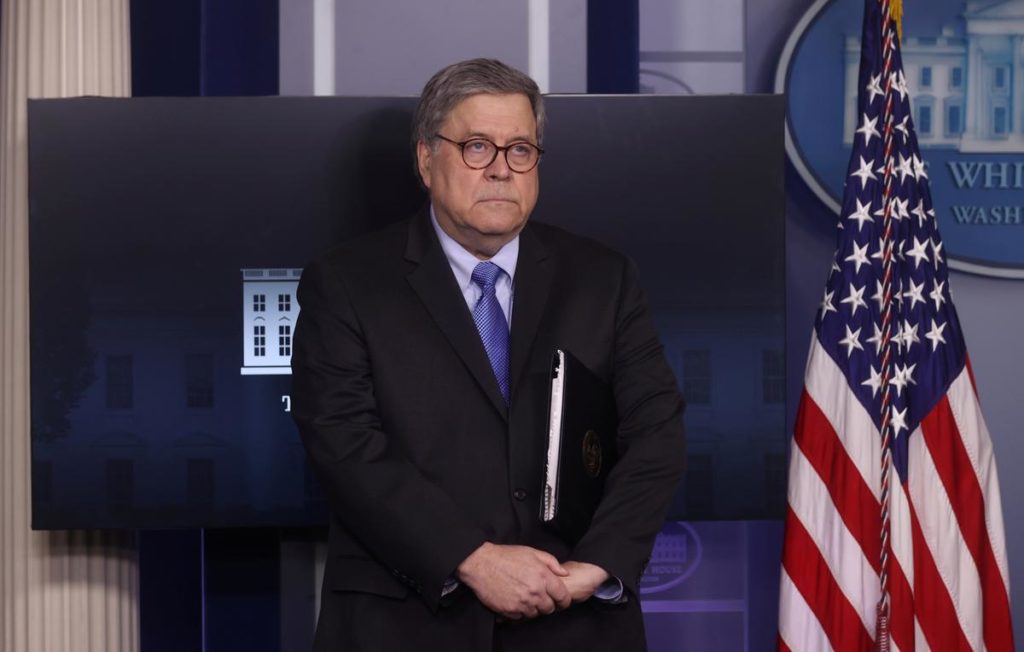 WASHINGTON (Reuters) – U.S. Attorney General William Barr waded further into a debate over governors’ stay-at-home orders meant to slow the spread of the new coronavirus, saying he would not rule out legal action against states if he thought their actions infringed civil liberties.

Governors across the nation have closed businesses and schools and banned social gatherings in the face of a pandemic that has killed more than 43,000 Americans. Over the past week, a smattering of scattered protests have called for those orders to be eased to dull the disease’s heavy economic toll.

“We’re looking carefully at a number of these rules that are being put into place. And if we think one goes too far, we initially try to jawbone the governors into rolling them back or adjusting them,” Barr said during a radio interview on the Hugh Hewitt show on Tuesday.

“And if they’re not and people bring lawsuits, we file statements of interest and side with the plaintiffs … As lawsuits develop, as specific cases emerge in the states, we’ll take a look at them.”

His comments come after the Justice Department recently sided with a Mississippi church that sued the city of Greenville over state shut-down orders on the grounds it was imposing on religious freedoms.

In that case, the Justice Department filed a statement of interest in support of Temple Baptist Church, which claims Greenville is seeking to prevent it from holding drive-in church services that comply with social-distancing guidelines.

Some states are aiming to reopen parts of their economies, while others have taken a more cautious approach, saying they need more testing before things can return to normal.

Barr said on Tuesday that stay-at-home orders come “disturbingly close to house arrest” but could, in some cases, be justified to protect public safety.

He said there was a distinction between stay-at-home orders requiring people to maintain a distance of 6 feet (1.8 m) or to wear masks in public. Those orders “are fine” because they reduce the risk of transmission.

Barr said he was more concerned about “blunter” orders which call for staying at home or shutting down a business “regardless of the capacity of the business to operate safely.”

Previous Post Do Your Keys, Phone, Money Need Disinfecting When You Return Home? Next Post Nearly Half of Americans Breathe Polluted Air