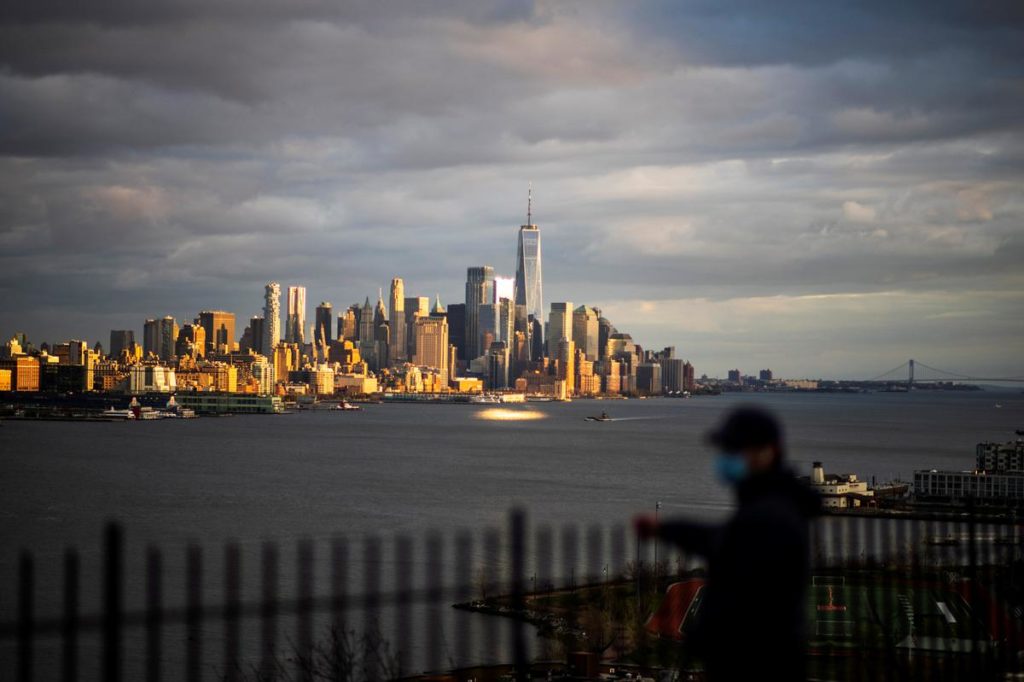 FILE PHOTO – A view of the New York City skyline of Manhattan and the One World Trade Center during the outbreak of the coronavirus disease (COVID-19) in New York City, as seen from Weehawken, New Jersey, U.S. April 18, 2020. REUTERS/Eduardo Munoz

(Reuters) – Two cats have become the first pet animals in the United States to test positive for COVID-19, caused by the new coronavirus, according to the U.S. Centers for Disease Control and Prevention (CDC).

The cats, from separate areas of New York state, had mild respiratory illness and are expected to make a full recovery. It is believed that they contracted the virus from people in their households or neighborhoods, according to the CDC.

The CDC said there is no evidence that pets play a role in spreading the virus in the United States and is not recommending routine testing of animals at this juncture.

The agency recommends that people do not let pets interact with people or other animals outside the household, cats should be kept indoors, and dogs should be walked on a leash, maintaining at least six feet from other animals and people.

Earlier this month, a study suggested that cats can become infected with the new coronavirus but dogs appear not to be vulnerable, prompting the WHO to say it will take a closer look at transmission of the virus between humans and pets.

Reporting By Mrinalika Roy in Bengaluru; Editing by Maju Samuel