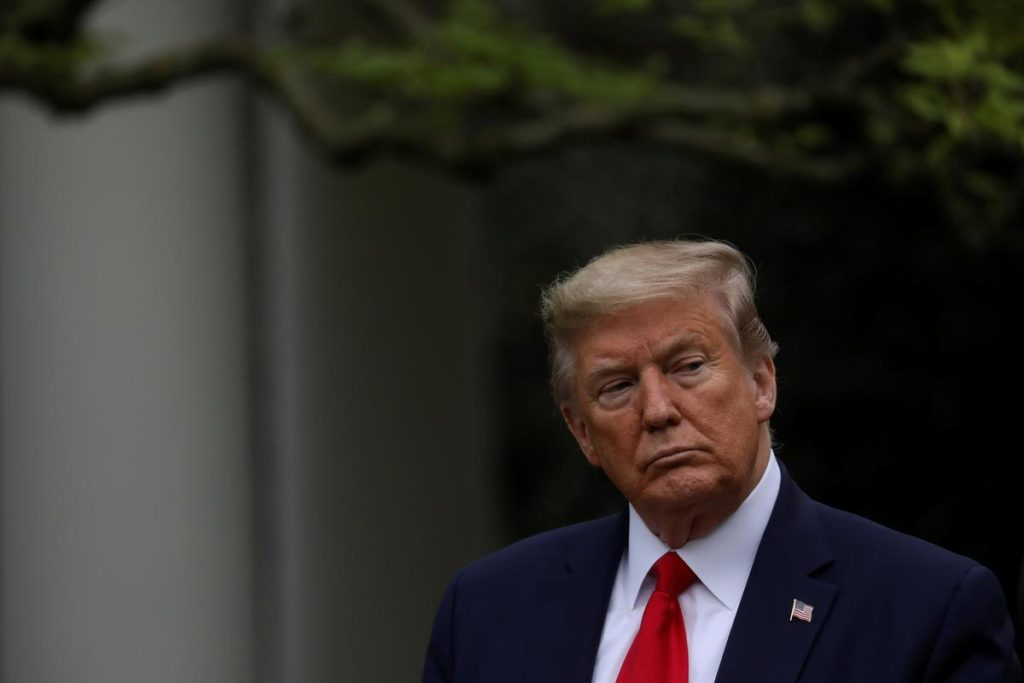 WASHINGTON (Reuters) – President Donald Trump said on Wednesday that he does not expect delays in the mailing of coronavirus relief paper checks to millions of Americans, despite changes U.S. Treasury Department officials will need to make in the printing process to add his name.

Even so, most of the “Economic Impact Payments” being issued under the CARES Act passed by Congress to compensate for the economic damage of the pandemic were expected to be made electronically by direct deposit to bank accounts.

Republican Trump, eager to gain re-election campaign mileage from the $1,200 Economic Impact Payment checks that will be delivered to Americans earning less than $75,000 a year, asked that the Internal Revenue Service put his name on them, the Washington Post reported on Tuesday.

Neither Trump’s predecessor, Democrat Barack Obama, nor Republican George W. Bush before him put their names on stimulus checks during their White House tenures.

“I don’t know too much about it, but I understand my name is there,” Trump said at a news conference on Wednesday. “I do understand it’s not delaying anything.”

The Washington Post reported that Trump’s name will appear at bottom left, in the “memo” line.

Normally, checks issued by the Treasury Department’s Bureau of the Fiscal Service do not have such identifying information on them and changes would need to be made to their printing. The checks usually would bear signatures of the agency’s officials for tax returns and other payments.

“Checks will go out on time, as planned, starting early next week,” a Treasury official said.

The electronic payments were not expected to have any notation referring to Trump, the official said.

The Treasury also said on Wednesday it will automatically send the payments directly to the bank accounts of disabled, blind and elderly recipients of the Supplemental Security Income program. They can also receive payments by debit card or paper check as they would for regular benefit payments.

About 8.1 million Americans who do not normally file income tax returns receive benefits under this program.