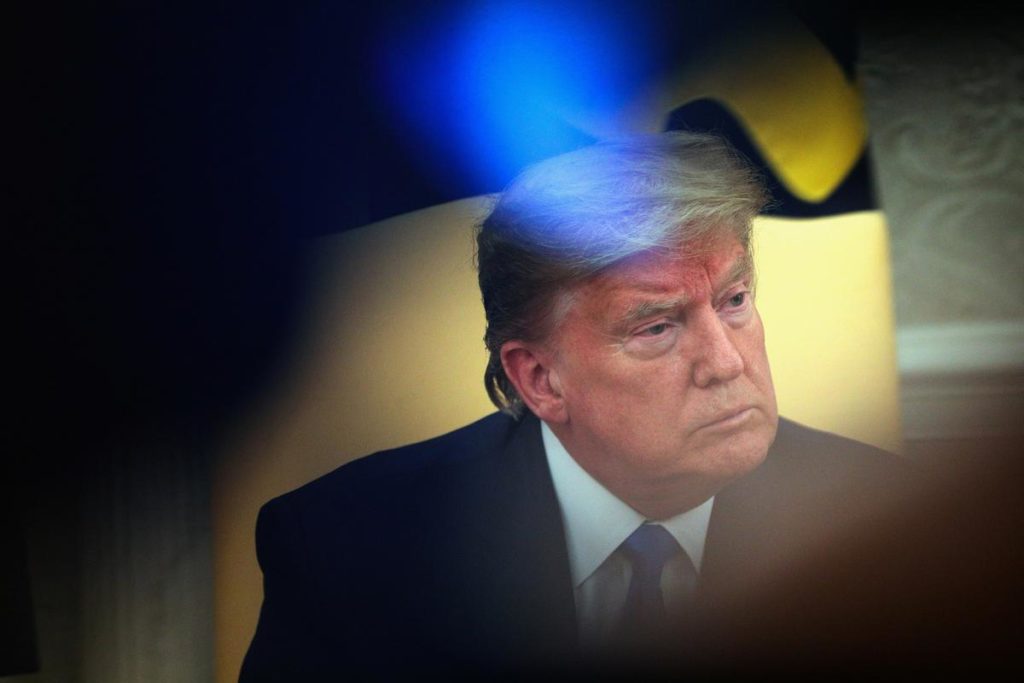 WASHINGTON (Reuters) – U.S. President Donald Trump and Vice President Mike Pence have tested negative for the novel coronavirus after a member of the U.S. military who works at the White House as a valet came down with the virus.

During a meeting with the governor of Texas in the Oval Office on Thursday, Trump told reporters he had little contact with the man and would be tested daily going forward.

Neither Trump nor Pence wore masks during the meeting.

People working around the president at the White House have been getting regular tests for the coronavirus. But staff, Secret Service agents, and guests have not been wearing masks in the West Wing.

“No matter what you do, testing is not a perfect art. So we test once a week. Now we’re going to get tested once a day. But even when you test once a day somebody could, something happens where they get something,” Trump said.

“I’ve had very little contact with this gentleman. Know who he is, good person… Yeah it’s a little bit strange, but it’s one of those things,” he said.

A White House spokesman said earlier that Trump and Pence had tested negative for the virus.

“We were recently notified by the White House Medical Unit that a member of the United States Military, who works on the White House campus, has tested positive for coronavirus. The President and the Vice President have since tested negative for the virus and they remain in great health,” spokesman Hogan Gidley said in a statement.

Gidley declined to give further details about the military member’s role.

U.S. President Donald Trump is framed between members of the media as he meets with Iowa Governor Kimberly Reynolds about coronavirus disease (COVID-19) response in the Oval Office at the White House in Washington, U.S., May 6, 2020. REUTERS/Tom Brenner

On April 3, the White House said that anyone expected to be near Trump or Pence would be given a rapid COVID-19 test out of an abundance of caution.

On Wednesday at a meeting with nurses, who were standing closely around him in the Oval Office, Trump noted that everyone had been tested for the coronavirus and quipped that he hoped the tests worked. One guest coughed a few times, into her hands, during the event.

Trump has been criticized for giving mixed messages during his handling of the pandemic. Ahead of the trip to Arizona to visit a mask factory, the president said he would likely wear one there. He did not wear one during the tour and said later he had not done so after being advised by the Honeywell chief executive that it was not necessary.