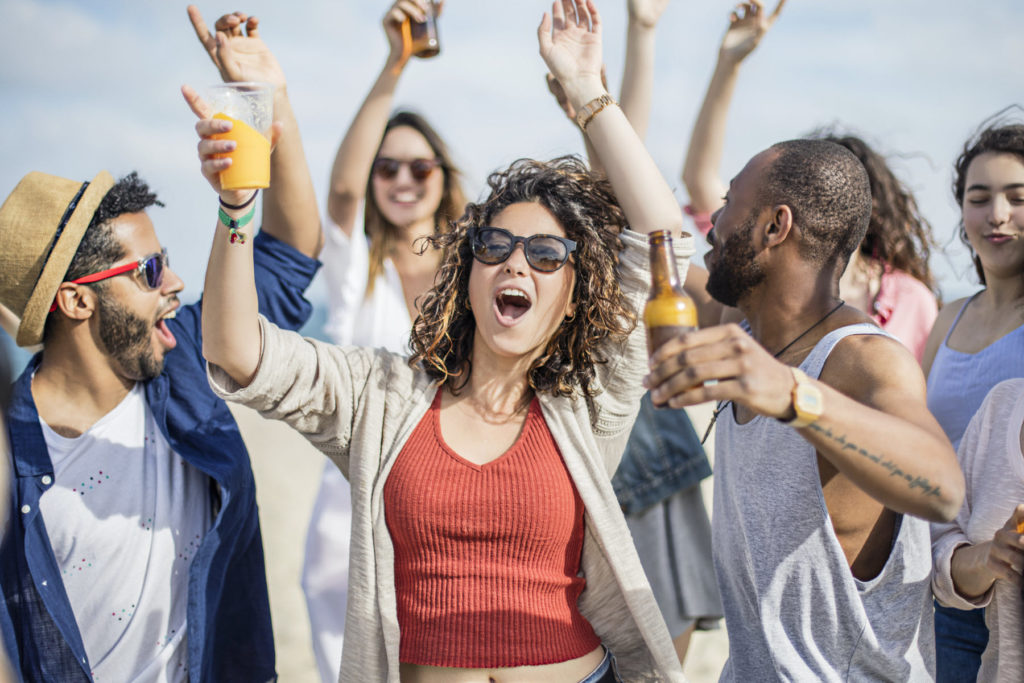 July 7, 2020—In Georgia, some summer camps have closed down after at least 30 confirmed cases of COVID-19 at two YMCA camp locations. Researchers tracking college students who went to densely packed spring break destinations have linked those trips with an increase in cases two weeks after the students returned to campus.

Prohibiting these high-risk events—large, densely packed gatherings in close contact—could dramatically reduce COVID-19 cases, according to two new reports, and could do so quickly. In one study, researchers also found that only a small percent of infected people—the so-called super-spreaders—cause the majority of infections.


Georgia Study: A Few Infect Many

Emory University researchers tracked more than 9,500 COVID-19 cases from March to early May in 5 Georgia counties. “What we found is that 2% of the cases may have resulted in 20% of the infections,” says study co-author Kristin Nelson, PhD, MPH, assistant professor of epidemiology at Emory’s Rollins School of Public Health.


Infected children and adults younger than age 60 appeared to be the main drivers of super-spreading in the Emory study, Nelson says. “They were 2.4 times more likely than older adults [to transmit it],” Nelson says. The study was published June 22 as a preprint, which has not yet been peer-reviewed.

The 9,500 cases evaluated by the Emory researchers were from four urban counties (Cobb, Dekalb, Fulton and Gwinnett) and one rural county, Dougherty. The researchers looked at detailed information on the cases, including age, when symptoms began and their movement patterns. For movement patterns, they used mobility data from Facebook from people who had locations services turned on.

With all that information, ”we mapped what we think these transmission events looked like,” Nelson says. They created a model to estimate how many people each person infected. They looked at the change in movement before and after shelter-in-place orders. “Shelter-in-place orders significantly reduced transmission,” she says. The expected number of new cases generated by one infected patient (what researchers call the effective reproduction number) dropped from 2.88 to under 1. “That took about 2-3 weeks,” Nelson says.

“A huge proportion of the transmission happening is due to rare events that lead to many infections,” says the report’s lead author Morgan P. Kain, PhD, a postdoctoral fellow at Stanford University.

“Many models assume all individuals are the same [in transmitting COVID-19],” he says. “We know that is incorrect. The reality is, many individuals really aren’t spreading much, even if infected.”

In their model, ”what we are trying to show is, if you can remove those rare events, the average transmission rate declines a huge amount.”

By removing people’s access to scenarios where they could be a super-spreader, the transmission of COVID-19 goes down, the model shows. For example, suppose that 1 infected person is transmitting the virus to 2.5 others. By curtailing these high-risk events, Kain says, their model suggests that number would drop to about 1 infected person transmitting the virus to 1.5 others.


Researchers at the University of California Davis have found that some people emit many more respiratory particles than others, defining them as ”super-emitters.”

As the debate heats up about the transmission of the coronavirus, with many scientists now contending that it is spread through the air as well as respiratory droplets, “a very plausible but unconfirmed hypothesis is that super-emitters have a higher probability of becoming super-spreaders,” says study researcher William Ristenpart, PhD, professor of chemical engineering at UC Davis.

However, Nelson says that while biology plays some role in transmission of COVID-19, with some people having a higher ”viral load” than others, “we think that plays a relatively smaller role,” Nelson says. “How much virus they are carrying may impact [transmission], but for the most part it is conditions or circumstances. Small gatherings are always going to be safer than large gatherings.”


MedRxiv preprint: “Chopping the tail: how preventing superspreading can help to maintainCOVID-19 control.”


Aerosol Science and Technology: “The coronavirus pandemic and aerosols: Does COVID-19 transmit via expiratory particles?”


Source link
Previous Post FDA Warns About Hand Sanitizers With Methanol Next Post Does Having a Dog Make for Well-Adjusted Kids?