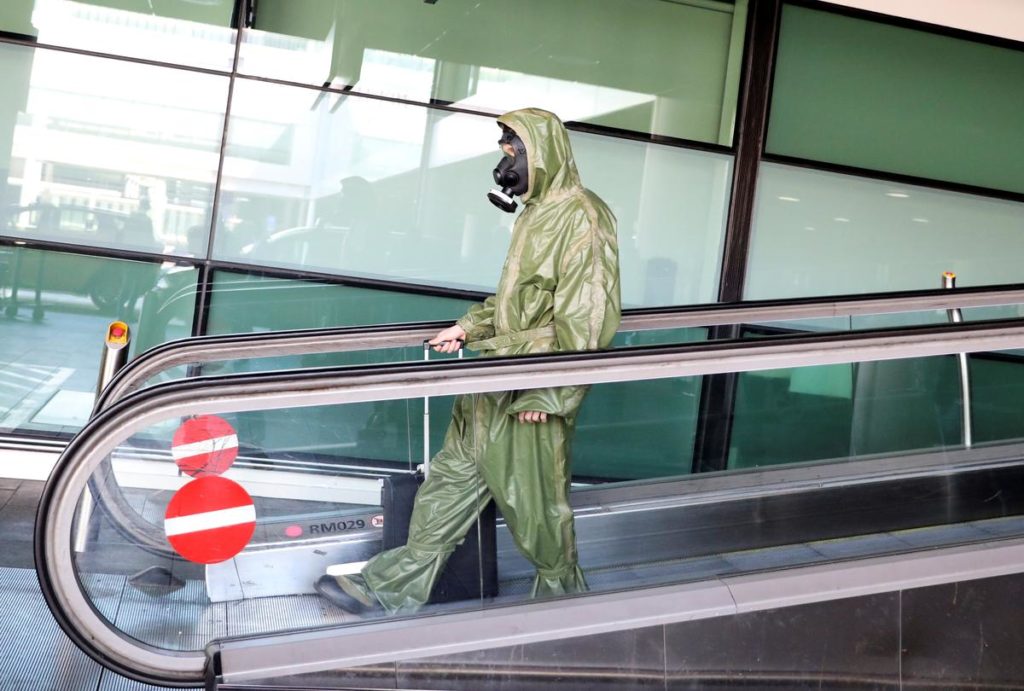 FILE PHOTO – A passenger wearing protective garments arrives at the Josep Tarradellas Barcelona-El Prat Airport from London, after the Spanish government announced that from May 15th all people entering the country will have to go under quarantine for two weeks, amid the coronavirus disease (COVID-19) outbreak, in Barcelona, Spain, May 15, 2020. REUTERS/Nacho Doce

(Reuters) – Spain’s government will seek to extend its coronavirus state of emergency for the last time until late June, Prime Minister Pedro Sanchez said on Saturday as the country’s daily death toll reached a near eight-week low.

“The path that we are taking is the only one possible,” Sanchez told a news conference, saying he would ask parliament for an extension of about a month until the end of June when most of the hard-hit nation should be returning to normality.

Spain first introduced a state of emergency decree on March 14. Officials say that while the outbreak has been brought largely under control, restrictions must stay in place a bit longer as the lockdown is gradually phased out.

After pushing four previous extensions through parliament, support for Sanchez’s left-wing coalition is waning among lawmakers and voters.

Some small protests against the government’s handling of the coronavirus crisis and its economic fallout sprang up around Madrid this week, with demonstrators gathering to bang pots and pans and call for the government to resign.

At the largest such demonstration, in the wealthy neighbourhood of Salamanca, several hundred people gathered, despite the efforts of police to enforce social-distancing.

“It doesn’t matter what the demonstrations are about. The important thing is to maintain social distancing,” Sanchez said.