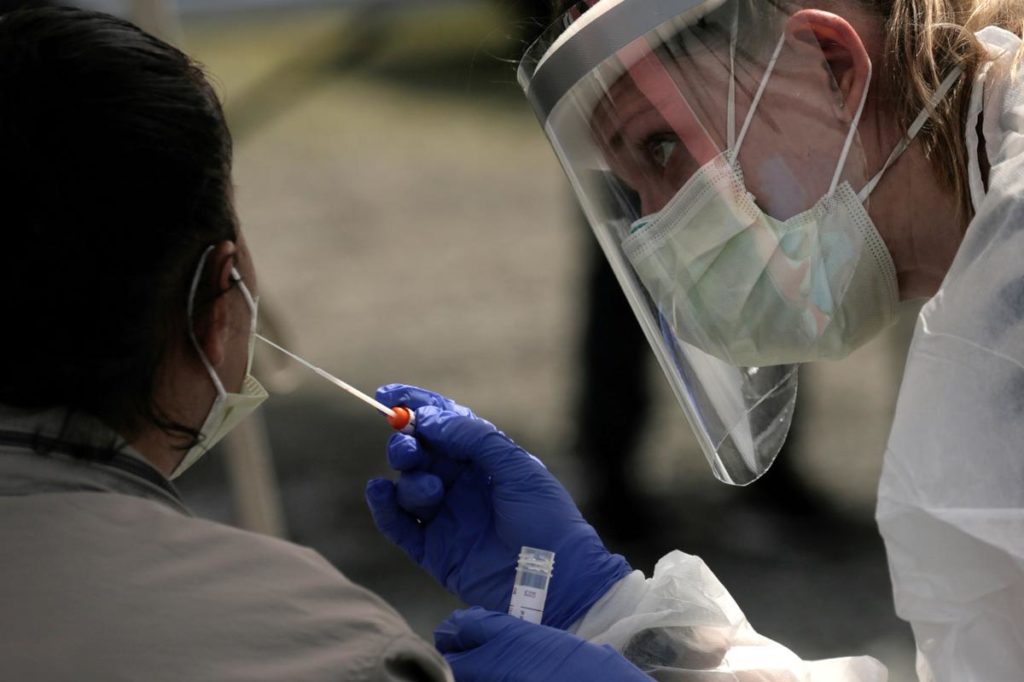 (Reuters) – Doctors caring for COVID-19 patients at hospitals across the United States have taken up temporary residence in donated recreational vehicles, parked outside their homes, as a way to keep them near to their families yet isolated.

Dr. Nick Astras, an emergency room doctor who works at Long Island Community Hospital in New York, is now living in an RV just outside his suburban home of Brookhaven, Long Island, where his children can see their father from their window.

The Grey Wolf camper was donated by a Long Island resident after the doctor’s wife, Kalpana Astras, saw a Facebook post asking for unused recreational vehicles to be donated to front-line medical workers, police and firefighters.

After registering, Kalpana Astras said she was notified within days that the Facebook group had located a vehicle the family could use for free.

The vehicle’s owner, Bernard ‘Bud’ Conway, said he kept it in storage for camping and fishing. He said with New York campgrounds closed, and a family of medical providers in need, the decision was easy.

“I just figured let me do something good and maybe some good will come of it,” he said.

The idea for the Facebook group originated in Texas, where Emily Phillips, wife of emergency room physician Dr. Jason Phillips, said she was concerned about her husband infecting her or their three children.

“I was scared to live in my own house. So my mom actually came up with the idea and she said, ‘Why don’t you see if somebody has an RV that you could rent?’” Phillips explained, saying she posted on Facebook to see if anyone in her own network knew of someone who would rent a vehicle to her.

“Within five minutes, a friend of mine called and said, ‘My friend, Holly Haggard, wants to give you her RV.’ And I just couldn’t believe it. I was flabbergasted that somebody would give me their home.”

Days later, Haggard and Phillips founded the group and started matching owners of recreational vehicles with medical and emergency workers treating patients with COVID-19. With over 1,000 volunteers, the group has now expanded internationally.