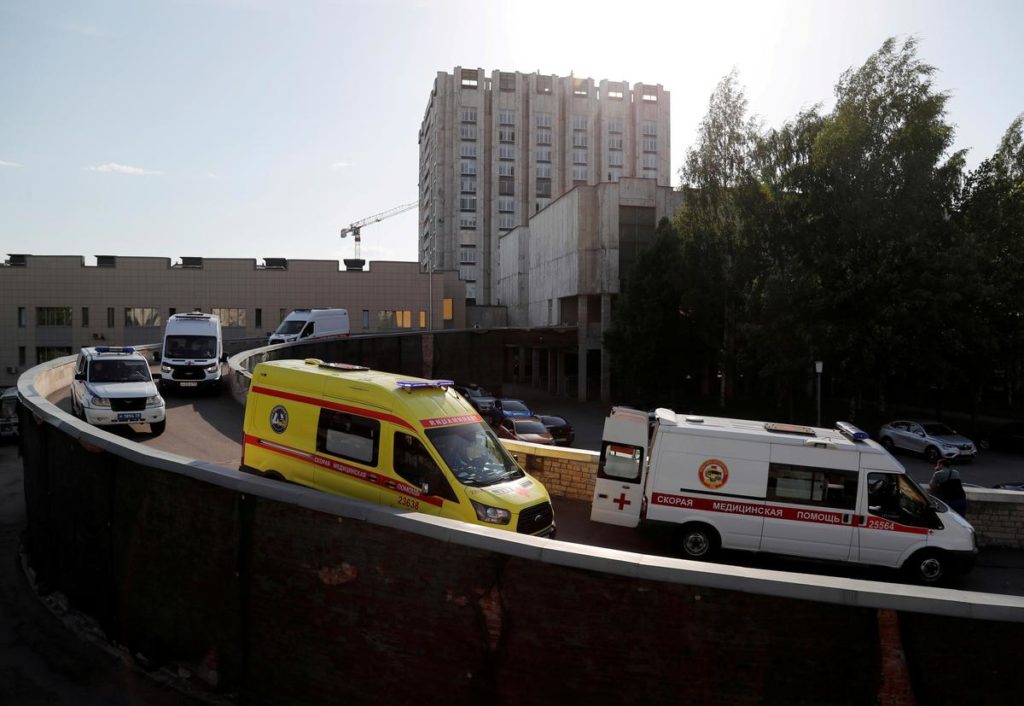 MOSCOW (Reuters) – Russia reported 8,706 new coronavirus cases on Saturday, raising its cumulative tally above 520,000 as data showed that more than 2,700 people infected with the virus had died in April.

With 520,129 cases, Russia has the third-highest number in the world after the United States and Brazil. Its official death toll stands at 6,829, many times lower than the figure seen in other countries with serious outbreaks.

The Kremlin has denied any problem with its official data after the World Health Organization (WHO) said Russia’s low death rate was “difficult to understand”.

Rosstat, the country’s state statistics service, on Saturday published data showing that 2,712 people infected with the coronavirus had died in April. The virus was identified as the main cause of death in 1,660 cases, the data showed.

Rosstat’s total death tally was significantly higher than that published earlier by Russia’s coronavirus taskforce, which releases data on new cases and deaths on a daily basis. Data from the taskforce indicated that the virus had caused 1,145 deaths in April.

In a briefing on Saturday, Deputy Prime Minister Tatiana Golikova, who chairs the taskforce, said that the statistics on the number of deaths might need to be revised, the RIA news agency reported. The taskforce declined to comment further.

Moscow’s health department this week raised its death toll for May, citing changes in the way it determines the cause of death for patients suffering from other health problems.