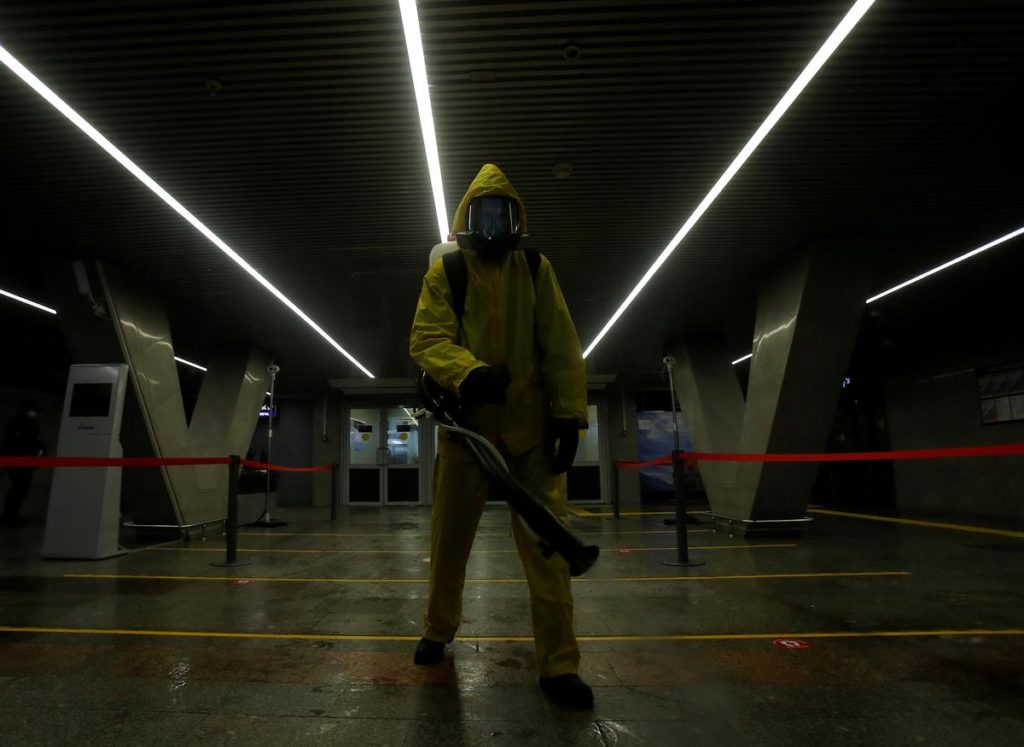 Russia’s coronavirus cases pass 300,000 as WHO says situation is stabilising

A member of the Russian Emergencies Ministry wearing protective gear sprays disinfectant while sanitizing the Leningradsky railway station amid the outbreak of the coronavirus disease (COVID-19) in Moscow, Russia May 19, 2020. REUTERS/Maxim Shemetov

MOSCOW (Reuters) – Russia’s coronavirus case tally, the second highest in the world, passed 300,000 on Wednesday, but a representative from the World Health Organisation (WHO) said the situation was starting to stabilise.

Russia’s 8,764 new novel coronavirus infections took the nationwide total to 308,705. But the daily increase was the lowest since May 1.

Only the United States has reported more cases than Russia, though the Russian death rate remains much lower than many other countries, something that has been queried by some critics and relatives of those who have died.

Russia says the way it counts deaths is more accurate than others however and has defended its approach.

The overall death toll edged up to 2,972 on Wednesday, with 135 new fatalities reported in the past 24 hours, the country’s coronavirus response centre said.

Dr. Melita Vujnovich, the WHO’s Russia representative, said on Wednesday that she believed the situation had entered a stabilisation phase, the TASS news agency cited her as saying.

In Moscow, Russia’s worst hit-region now in its eighth week of a lockdown, citizens remain largely confined to their homes unless they obtain digital passes to make certain journeys.

Mayor Sergei Sobyanin said on Tuesday it was too soon to consider letting people out for walks or exercise.

Previous Post Autism May Spur Eating Disorders in Adolescence, Study Finds Next Post How Will COVID-19 Change the Workplace?