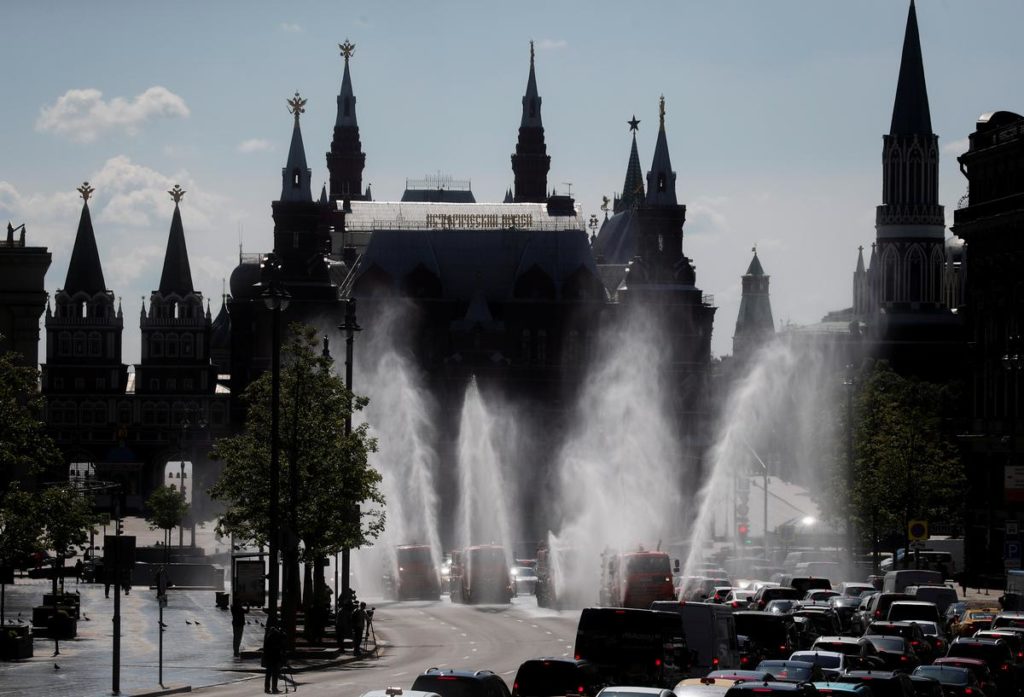 MOSCOW (Reuters) – Russian scientists plan to start clinical trials within two weeks on a vaccine to combat the novel coronavirus, the country’s health minister was quoted as saying on Saturday.

FILE PHOTO: Vehicles spray disinfectant while sanitizing a road amid the outbreak of the coronavirus disease (COVID-19) in Moscow, Russia May 28, 2020. REUTERS/Maxim Shemetov

Russia has the world’s third-highest toll of coronavirus infections after the United States and Brazil, and Kremlin officials have said the nation’s researchers are working on almost 50 different vaccine projects.

“The tests are under way and we plan to start clinical trials in the next two weeks,” Health Minister Mikhail Murashko was quoted as saying by the TASS news agency. He said volunteers had been selected to take part in the trials.

Drugmakers worldwide are rushing to develop treatments and vaccines for the virus that has caused 364,000 deaths globally. [L4N2AY3AS].

There are currently about 10 coronavirus vaccines being tested in humans and experts have predicted that a safe and effective vaccine could take 12 to 18 months from the start of development.

One of the Russian vaccine projects is being undertaken by the state-run Vektor Institute in Siberia, and the institute’s director general, Rinat Maksyutov, said on Saturday he hoped to complete clinical trials in mid-September.

Maksyutov said vaccine trials on animals had been successful.

Russia on Saturday reported 181 deaths from the coronavirus in the last 24 hours — down from the record 232 deaths registered the previous day, pushing up the nationwide death toll to 4,555.

Officials said 8,952 new infections had been confirmed, bringing the national tally to 396,575 cases.

President Vladimir Putin said on Wednesday that Moscow, the epicentre of the country’s coronavirus outbreak, had succeeded in preventing what he called worst-case scenarios as the city announced it would ease tough lockdown measures within days.

Previous Post As Hard-Hit Areas of America Show Slowing in Coronavirus Cases, Other Regions See Spikes Next Post How Bacteria in Your Gut Interact With the Mind and Body