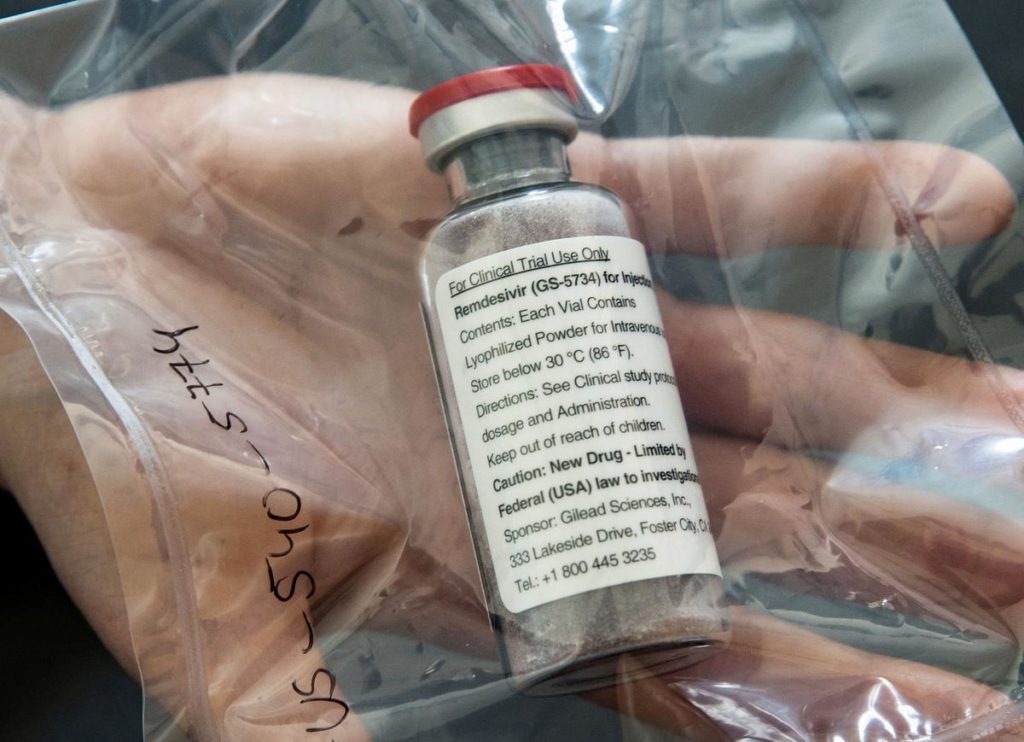 FILE PHOTO: An ampule of remdesivir is pictured during a news conference at the University Hospital Eppendorf (UKE) in Hamburg, Germany, April 8, 2020, as the spread of coronavirus disease (COVID-19) continues. Ulrich Perrey/Pool via REUTERS/File Photo

Actemra and remdesivir are being used separately in some settings and clinical trials, with the former drug used to tackle massive immune reactions that sometimes occur in patients stricken with the new coronavirus and the latter aimed at interfering with viral replication.

Roche is hoping that by combining the two in a global study of 450 hospitalised patients worldwide, it will be able to offer doctors a one-two punch against the disease that has so far stricken 5.8 million people and killed nearly 360,000. The cocktail will be compared against remdesivir and a placebo.

“Based on our current understanding, we believe that combining an antiviral with an immune modulator could potentially be an effective approach to treating patients with severe disease,” Roche Chief Medical Officer Levi Garraway said in a statement.

Remdesivir, a failed Ebola drug repurposed against the new coronavirus amid the COVID-19 pandemic, has captured lots of attention after a 397-patient study showed it helped reduce time of recovery in some patients and suggested it helped keep people alive.

Roche is also studying Actemra, originally developed for arthritis but also used to control immune reactions in some cancer patients, as a monotherapy in a separate trial of 450 patients due to complete enrolment soon and produce results later this year.

Previous Post After Heart Attack, Home Care Can Prevent a Return to Hospital Next Post Too Often, Bullying Has Lethal Consequences for LGBT Teens