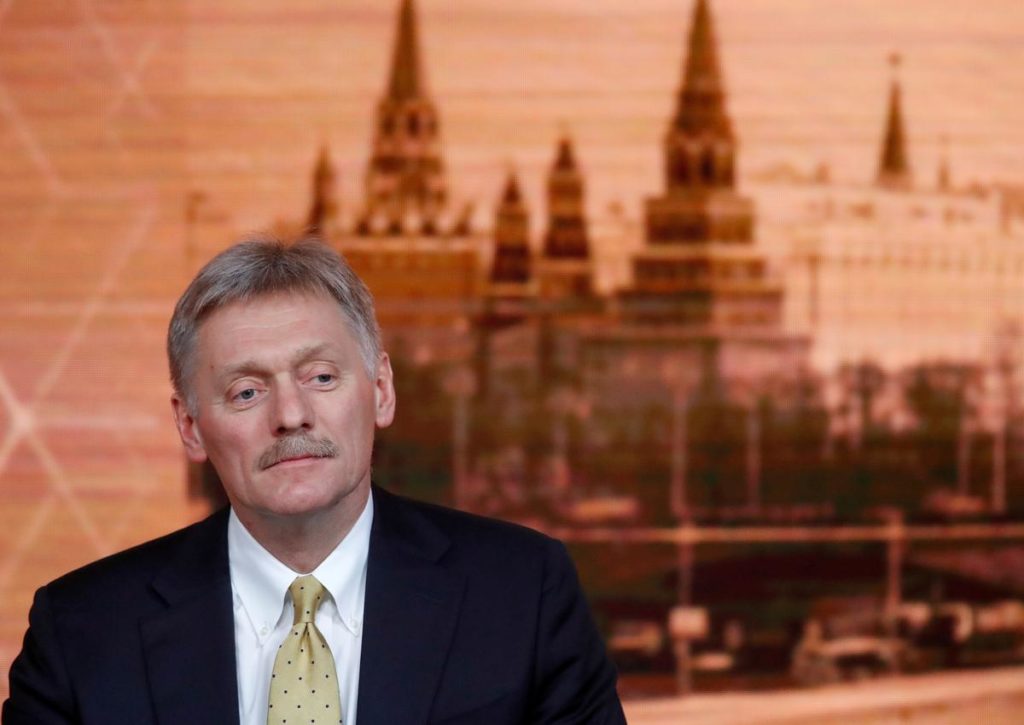 MOSCOW (Reuters) – Russian President Vladimir Putin’s spokesman Dmitry Peskov said on Tuesday he had tested positive for the novel coronavirus, as a new surge in infections gave Russia the third highest number of reported cases in the world after the United States.

Peskov, the fifth senior official to contract the virus, said he had last met Putin in person more than a month ago, the TASS news agency reported. Tatyana Navka, Peskov’s wife, said on Instagram that she also had the virus.

Putin, who has been working remotely from his residence outside Moscow and holding many meetings via video conference, held a face-to-face meeting earlier on Tuesday with Igor Sechin, the head of oil giant Rosneft (ROSN.MM).

In a surprise announcement on Monday, Putin said it was time after six weeks to gradually lift nationwide restrictions that had forced many people to work from home and businesses to temporarily close.

Although Putin gave broad leeway to Russia’s regions to ease or tighten restrictions as they saw fit, he said it made sense for certain sectors of the bruised economy, such as construction and heavy industry, to be allowed to restart work from Tuesday.

With 232,243 confirmed cases, Russia now has the third highest number in the world after the United States and Spain, according to a tally compiled by Reuters, but with 2,116 deaths one of the lowest mortality rates.

Government officials attribute the lower death toll and the rising and large number of cases to a vast testing programme, under which they say 5.8 million tests have been conducted.

In Moscow, where local authorities have ordered the lockdown to remain in place until the end of May, many people seemed to think Putin’s announcement marked the end of restrictions. There were more cars on the road and people on the streets.

Data compiled by internet firm Yandex showed that many Muscovites had left their homes on Tuesday morning in spite of the lockdown. New rules introduced on Tuesday mean they have to wear masks and gloves on public transport and in food shops.

“After a month of being at home, people don’t have any money,” said Viktor Razzhivin, owner of the Limpopo children’s clothing store chain in Kaliningrad, the Russian exclave wedged between Poland and Lithuania.

“That’s why we have no idea when we will be making even just 30% of the profits we had before the coronavirus.”

Kremlin critics say Putin’s order to ease restrictions jeopardises the population’s health and is motivated by a desire for the state not to have to stump up more economic support.

Putin on Monday unveiled new support measures for businesses and for families with children who have seen their livelihoods devastated. He said unemployment had doubled to 1.4 million in a month and he wanted to try to stop it spiralling higher.

Dmitry Gudkov, an opposition politician, said Putin’s easing decision shifted responsibility and potential blame for future unpopular decisions on to regional governors, whom the Russian leader has told to implement measures to contain the virus.

“The governors will be the ones introducing restrictions,” Gudkov wrote on Facebook. “They are the ones who will be responsible for the spread of the virus. Direct your anger at them.”