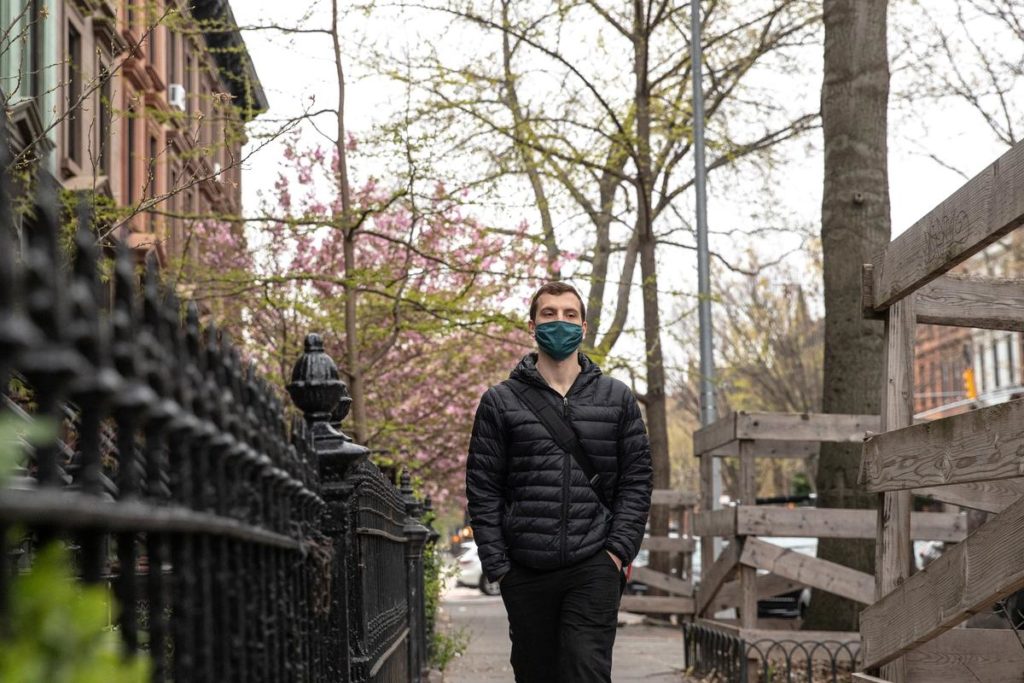 NEW YORK (Reuters) – Emergency room doctor Michael D’Urso has had some bleak days on the front lines of New York City’s battle against the coronavirus pandemic.

On one recent shift, 15 of 23 nurses were out sick, many with symptoms of COVID-19, the disease caused by the coronavirus. Those remaining scrambled to care for some 20 patients at a time, more than double what is normal.

The tough days make D’Urso appreciate a unique comfort amid the relentless trauma – a sympathetic ear from his brother, an identical twin, who does the identical job in a Miami emergency room.

For Dennis D’Urso in Miami the harrowing tales from Michael can feel like a unsettling glimpse into his future. The ER where Dennis works is starting to fill with COVID-19 patients with COVID-19, but Michael’s has been deluged for weeks in what has been the hardest-hit U.S. city.

Emergency medicine is the D’Urso family business. Their father, James D’Urso, worked for 35 years as an emergency doctor outside Boston, regaling his sons with “the coolest stories” of saving lives and diagnosing strange diseases, Michael says. Their younger brother, 28-year-old Tom, also works in the ER as a technician at North Shore Medical Center Salem Hospital, in Salem, Massachusetts.

The twins were nearly inseparable for 30 of their 31 years – together for college and even medical school. Pursuing separate residencies was a chance to form separate identities.

Instead, the crisis is forging a new kind of closeness, as the brothers learn their craft on the front lines of the worst pandemic in a century.

“We talk almost every day,” Dennis says. “We might tell each other, ‘Man, I’m really having a bad day.’”

Michael works at New York-Presbyterian Brooklyn Methodist Hospital, though he is currently serving a four-week rotation at nearby Brookdale University Hospital Medical Center.

With hospitals and intensive care units overrun, his patients can live in the ER for days. Families aren’t allowed to visit. Doctors are often too busy to keep them informed. Sometimes, he says, relatives call seeking updates on patients who have already died.

“It can be so demoralizing, working with patients and not knowing how to help them,” Michael says.

One example hit him particularly hard. At Brookdale, he intubated an obese woman whose oxygen saturation had dipped to a critically low 60%. Intubations are meant to stabilize such patients, but this one continued to deteriorate and died within an hour.

“It was really painful,” Michael says. “I’m the one who put the tube down her throat. At the time you feel like you’re saving a life.”

Walking home after a recent late shift, at about 2 a.m., two men jumped Michael in his normally sleepy Brooklyn neighborhood, pushing him to the ground and rifling through his pockets.

He yelled: “I’m a doctor and I have coronavirus!”

He laughs about it now. It was a lie, but it worked. The men sprinted off; Michael escaped unharmed.

ANOTHER BROTHER, ANOTHER ER

In Massachusetts, also among the hardest-hit U.S. states, Tom D’Urso, the ER technician, is often the first to see ER patients. He takes their vital signs and temperature, and guides them between units.

His hospital has tripled its intensive-care capacity to account for COVID-19 patients, Tom says, adding that he’ll sometimes arrive to find as many as three patients already on ventilators. One elderly woman whose health was declining asked doctors to ignore a prior “Do Not Intubate” order.

“She was afraid of dying,” Tom says. “I could see the fear in her face.”

He doesn’t know whether she survived.

Dennis hears his brothers’ stories and knows he could soon face similar challenges.

At Jackson Memorial Hospital in Miami, where he works, COVID-19 patients were initially only treated by attending physicians, with residents left back to conserve scarce personal protective equipment. That’s changed now that coronavirus patients are the majority, Dennis says.

Anxiety is surging. A few medical workers – including one fellow resident – have tested positive for the virus, Dennis says. Doctors wear protective gear at all times.

“We’re introducing ourselves to each other because we can’t see who’s behind the mask,” he says.

Some colleagues, he says, are considering covering patients with garbage bags during intubations, cutting holes for their mouths, in hopes it might help stop the spread of infections.

“Everyone is worried if we’re safe,” he says.

The twins’ mother, Linda D’Urso, shares that fear. She tears up in a phone interview as she says, “I think they need a big hug right about now.”

Linda worries for their mental health, too. “They’re going to wind up with PTSD,” she says.

James, 68, knows the risks on a personal level but also understands the drive to save patients. He recalled a story from 20 years ago, when he put his uncovered face inches from a man with meningococcemia, a potentially fatal infectious disease.

“I needed vital information before he passed out,” says James, who was misted with the man’s saliva, then immediately took an antibiotic. He escaped infection.

James, who primarily worked nights, didn’t intend to kindle his sons’ passions all those years ago, spinning stories after his shift as they prepared for school.

“I’ve seen too many people follow their father’s footsteps,” he says, “when it wasn’t the right career.”

As their interest deepened, James made sure to mention the lives he couldn’t save, the frustration of incompetent colleagues. On drives home, he would see construction crews tell his boys they might consider a career in construction or another trade.

“Electricians and plumbers do pretty well,” he recalls telling them.

But he understands why his sons chose medicine.

“For something challenging,” he says, “you can’t beat the ER.”

James knows his sons are taking risks. It makes him recall a game Michael and Dennis used to play as children, climbing part-ways up the staircase and jumping off, each brother trying to leap from the greater height.

“In one way, you want to hold them back, because it’s dangerous,” he says. “But in another way you don’t, because you want them to be adventurous in life.

“Together,” he says, “they’ve done things they wouldn’t have done alone.”

Previous Post In COVID Crisis, Nearly Half of People in Some U.S. States Are Going Hungry Next Post More Money, Better Heart Health? Not Always