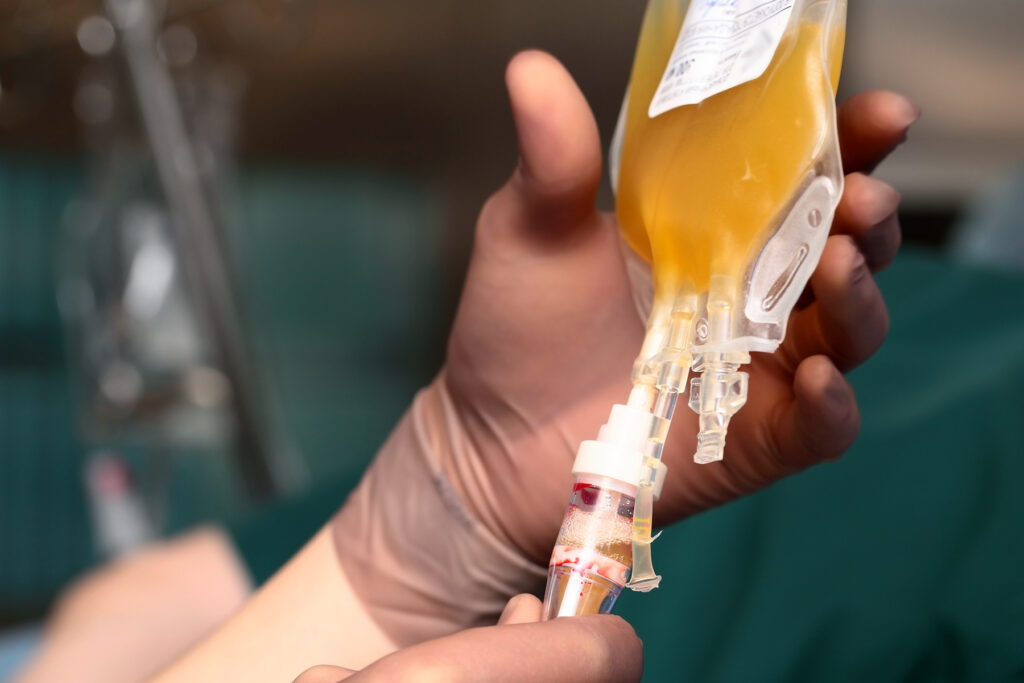 WEDNESDAY, March 3, 2021 (HealthDay News) — A clinical trial evaluating the use of convalescent plasma in patients with mild to moderate COVID-19 symptoms has been halted because the treatment didn’t benefit them, according to the U.S. National Institutes of Health.

Convalescent plasma (also called “survivor’s plasma”) is derived from the blood of patients who have already recovered from COVID-19. It’s thought that infusions of the antibody-rich plasma might give patients an extra weapon to fight off SARS-CoV-2.

The NIH study included patients seen at an emergency department who’s had mild to moderate coronavirus symptoms for a week or less.

However, “even if enrollment continued, this trial was highly unlikely to demonstrate that COVID-19 convalescent plasma prevents progression from mild to severe illness” in at-risk patients who seek emergency care but are not hospitalized, an NIH news release said.

The trial to assess the safety and effectiveness of the therapy began in August and included 47 emergency departments nationwide. Of the 900 adult patients it sought to recruit, 511 were enrolled before the trial was halted. Patients had at least one risk factor associated with severe COVID, such as obesity, high blood pressure, diabetes, heart disease or chronic lung disease. But when they arrived at the ER, none were sick enough to be hospitalized.

Study participants received either convalescent plasma or a placebo. They were then followed to assess three outcomes: If they sought further emergency or urgent care, if they had to be hospitalized, or if they died within 15 days of entering the trial.

While the study found the treatment to be safe, the researchers found no significant differences in the three outcomes between those who received the COVID-19 convalescent plasma or the placebo.

An independent monitoring board recommended halting the trial after a Feb. 25 meeting, and the study stopped enrolling new patients.

Based on earlier studies that suggested convalescent plasma might be of benefit, more than 100,000 people in the United States and many more worldwide have been given the therapy since the pandemic began.

The findings contrast with a small Argentinian study of 160 elderly patients who were infected but not yet sick enough to be hospitalized. That study, published in January in the New England Journal of Medicine, concluded that convalescent plasma could help prevent severe illness in older patients who were newly infected with coronavirus.

Researchers in that study said two factors were key: Donor plasma had to be given within 72 hours of the start of symptoms, and the plasma must have a high concentration of antibodies.

The U.S. Centers for Disease Control and Prevention has more on COVID-19.


Source link
Previous Post Strep Throat Doesn’t Worsen Tourette But May Affect ADHD: Study Next Post For Some Young Drivers, Smartphone Use Is One of Many Bad Habits