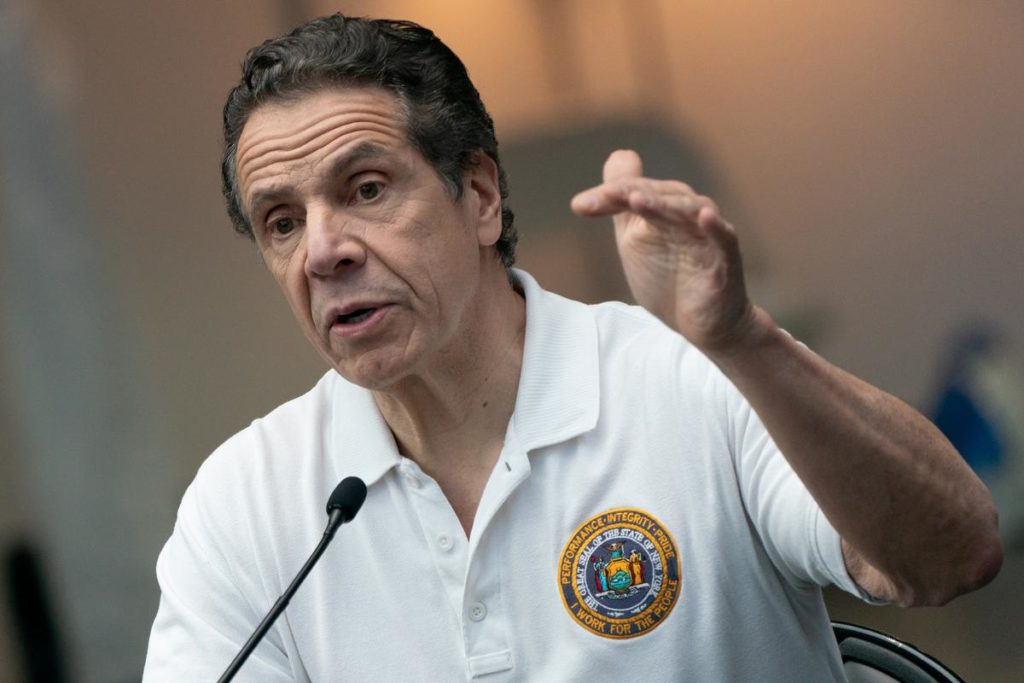 (Reuters) – New York Governor Andrew Cuomo said on Thursday a screening of 3,000 people found nearly 14% tested positive for antibodies for the novel coronavirus, suggesting that 2.7 million residents across the state may have been infected with the disease.

FILE PHOTO: New York Governor Andrew Cuomo speaks during a news conference at the Javits Center, which will be partially converted into a temporary hospital during the outbreak of the coronavirus disease (COVID-19) in New York City, New York, U.S., March 27, 2020. REUTERS/Jeenah Moon

Cuomo noted that the survey was preliminary and had limitations, including the possibility that New York, like California, would find the coronavirus was circulating and killing people earlier than previously known.

He said the testing targeted people who were out shopping, meaning that they may be more likely to have been infected than people isolating at home.

Still, Cuomo said the preliminary data added to the state’s understanding of the virus and at least initially indicated a fatality rate of about 0.5% of confirmed cases that is far lower than some experts feared.

Over the past week, Cuomo has increasingly turned his attention to ramping up testing as hospitalizations, intubations and other metrics continue to improve, suggesting the state hit hardest by the pandemic has likely passed the worst stage.

Cuomo told a daily briefing that hospitalizations fell by more than 500 patients on Wednesday, the 10th straight day of decline. He reported an additional 438 coronavirus-related deaths, down from 474 a day earlier and the lowest total since April 1.

Cuomo, a Democrat, called for a bipartisan approach to the virus, which has infected more than 845,000 Americans and taken nearly 48,000 lives, according to a Reuters tally.

But he took aim at U.S. Senate Majority Leader Mitch McConnell, a Republican, for his comments on Wednesday suggesting U.S. states could file for bankruptcy to deal with massive economic losses stemming from the outbreak.

Cuomo, who has estimated his state is facing a $10 billion to $15 billion budget shortfall, called McConnell’s suggestion “one of the really dumb ideas of all time.”

Previous Post Many Adults Delay Getting Help for Eating Disorders Next Post Surgery? One Type of Anesthesia Is Preferable During COVID-19 Outbreak