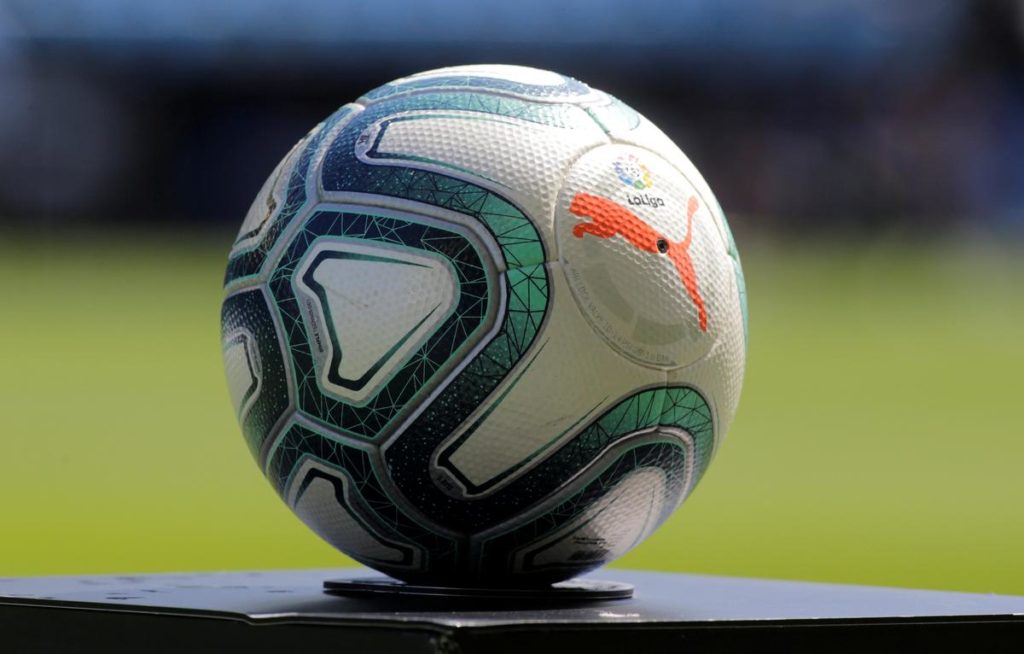 MANCHESTER, England (Reuters) – Research from Germany and Italy suggests that footballers and other athletes face a particular risk of the coronavirus infecting their lungs, raising major questions over attempts to restart professional soccer.

The research, produced by Italian immunologists and lung specialists based at institutes in Berlin, Rome and Verona, suggests that due to strenuous exercise, elite athletes are more likely to inhale virus particles and direct them to the lower areas of the lung.

COVID-19, the disease caused by the coronavirus, can cause lung damage and complications such as pneumonia and, in severe cases, acute respiratory distress syndrome (ARDS).

The preprint paper here which has yet to be peer-reviewed, also suggests that athletes who are asymptomatic could make their condition worse by infecting their lungs during strenuous exertion.

Soccer has ground to a halt in all major leagues in Europe and none have yet to resume. European soccer’s governing body UEFA has set a May 25 deadline for leagues to outline their plans to re-start.

Leagues, governing bodies and clubs, however, have said they will only return when play is safe and that they will take medical advice.

In their paper: “The First, Comprehensive Immunological Model of COVID-19”, Paolo Matricardi, Roberto Dal Negro and Roberto Nisini raise questions over the safety of playing while the virus remains at large.

“The pattern of breathing during strenuous exercise changes dramatically by a tremendous increase of ventilation (i.e.: inspiratory and expiratory volumes of air), and of alveolar ventilation in particular,” the authors state.

“Professional athletes (are) particularly exposed (much more than individuals of common population) due to their frequent practice of extreme and long-lasting exercise.”

The researchers state that the “ideal lungs” of athletes, while helpful in normal conditions, significantly favour the deep inhalation of infectious agents.

“Even the SARS-CoV-2 can then spread more easily to the deepest areas of the lungs during strenuous exercise, and there start its aggressive action,” they said.

“Not by chance, a great proportion of professional football players claimed the occurrence of fever, dry cough and malaise (and dyspnea in some cases) immediately after, or a few hours following their last official match,” note the authors.

Adding to the dangers, the research says that players who have the virus but do not show symptoms, could make their condition worse by allowing the virus to move from their upper to lower airways.

Asymptomatic but infected athletes could exhale or eliminate aerosolised particles that may contain viruses which are then re-inhaled.

“These droplets or aerosol might be re-inhaled and facilitate the spread of the virus from the upper to the lower airways,” the paper states.

The authors also look at the risk of the virus being transmitted during a game.

“In sports where many athletes are in close contact, such as team sports or marathons, the same particles have high chances to be inhaled by other athletes, facilitating viral transmission.

“To emphasize that strenuous exercise induces a much more frequent spitting of secretions and this can further contribute to the environmental SARS-CoV-2 spreading, particularly if the distancing recommendations are not strictly followed.”

A separate new study from Aarhus University, in Denmark, looking at how much exposure players would have to a single infected player on the field, showed that, on average, a player is positioned within an ‘exposure zone’ for one minute and 28 seconds during a match.

On Tuesday, the World Players Association, which represents some 85,000 athletes from different sports in over 60 countries, said competitors should not be rushed back to action.

“At the moment there is a lot of pressure from the leagues on all continents to resume,” WPA Executive Director Brendan Schwab told Reuters in an interview.

“The players can only agree to that (return) if they know that their interests will be protected. “

“We need guidance and protocols on how to return in a healthy and safe manner. Football is a contact sport and we feel very high protection standards are required,” said FIFPro secretary general Jonas Baer-Hoffmann.