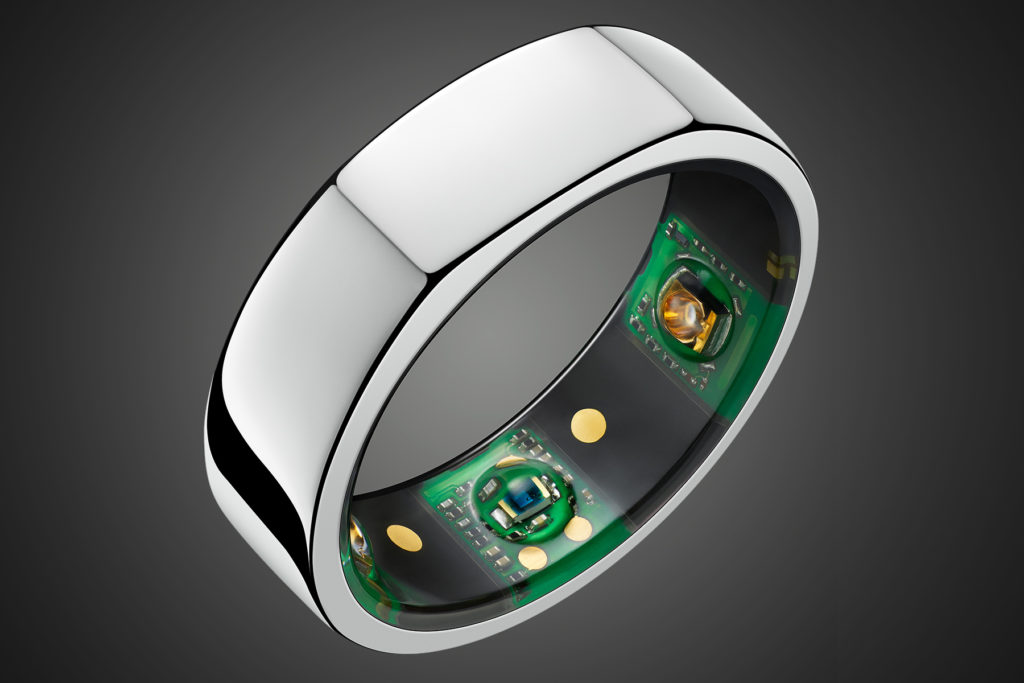 NBA to Use High-Tech Rings to Help Detect COVID-19

June 26, 2020 — When NBA athletes head back to the court next month, some may be donning new rings — but not the championship kind. Players will have the option of wearing titanium rings that can detect possible signs of COVID-19 by measuring pulse, breathing rate, and temperature.

The NBA released its safety protocol this month with details for the upcoming return of the season, which gives a glimpse into what life will be like in the “bubble” — an enclosed environment in Orlando, FL, where players will stay largely protected from potential infection. They will receive regular COVID-19 tests, along with bracelets that beep when the 6-foot social distancing rule is violated for too long.

Twenty-two teams will finish the season that was postponed in March. All games will be played in Orlando, and players, coaches, and staff will also remain there for the duration of the season. Each player will also have access to the Finnish-made Oura ring, a $300 high-tech tool equipped with three tiny sensors that can pick up signs of illness even before malaise sets in.

“The NBA is the first major sports league in the U.S. to resume playing, and they’re being extra cautious, doing as much as they can to make the environment safe,” says Harpreet Rai, CEO of Oura. “Those who opt in will have the option of getting an ‘Illness probability overview,’ determined using factors which may indicate if an individual is experiencing symptoms correlated with certain illnesses or conditions.”

The company says the ring’s heart rate measurements have a proven reliability of 99.9%, compared to electrocardiograms, and measures how the heart rate varies with 98.4% reliability. It can detect temperature changes as small as .05 degrees.

“The NBA, other sports leagues, and businesses are trying to figure out how to reopen and one of the interesting things we can see on @Ouraring is temperature,” says CEO Harpreet Rai on its deal with the NBA to provide the wearable technology for players & staff. pic.twitter.com/UaNPW0Yl2t

Oura has donated thousands of rings to first responders and front-line workers to test how well they work. Researchers at West Virginia University’s Rockefeller Neuroscience Institute reported that Oura ring data can help predict looming illness up to 3 days before a person has a fever, a cough, or shortness of breath. A study is underway at the University of California, San Francisco to help identify COVID-19 patterns so the ring can eventually pick up signs even better.

But the ring does not find out whether someone has the coronavirus. Fatigue, fever, and respiratory issues could point to any number of illnesses, including seasonal flu, says Peter Chai, MD, an emergency doctor at Brigham and Women’s Hospital in Boston.

“If you have a fever and your heart rate is high, do you have the flu or do you have COVID?” Chai says. “It may help players identify when they’re not at 100%. But the question is, what do you do with this information?”

The Oura ring uses a what is called “digital phenotyping,” Chai says — a fancy way to describe a technique widely used by devices like smartwatches that gather digital data to better understand people’s behavior, moods, and health. Other tech companies are joining in on the disease detection effort; Fitbit recently announced its goal to develop an algorithm to help predict the onset of COVID-19.

Although the ring has its limits, the aim is to help with testing, not replace it. In addition to serving as a warning sign for the virus, it has the potential to cut down on testing costs by providing extra information.

An NBA spokesperson says the Oura ring will serve as “the cherry on top” of other precautions, like physical distancing and masks — off the court, of course — and strict hand and breathing hygiene. There will also be rigorous cleaning and disinfecting on the campus. And anyone in that space, including players, coaches, and personnel, will have the option of sporting the rings. So far, the NBA is unsure of who exactly will be opting in. That is expected to be decided when the teams get to Orlando between July 7 and July 9.

Rai says Oura is in talks with other leagues about using the technology once they follow suit and resume playing. He says he envisions a broader future for Oura than strictly being used in sports settings. The company has developed a health risk management platform to be used in the workforce. Members can share data with a “coach” who can work with people to better understand their health or work with groups to identify patterns.

For now, Chai says, there is no easy way to predict viral infection.

“I think there still needs to be a lot of research done around it. It would be huge if we could find an actual signal that someone has COVID,” he says. “I don’t think we can stay isolated forever, so we’re going to think of innovative ways to open. Nothing’s going to be perfect, and we just have to live with that fact.”


The Washington Post: “Wearable tech can spot coronavirus symptoms before you even realize you’re sick.”