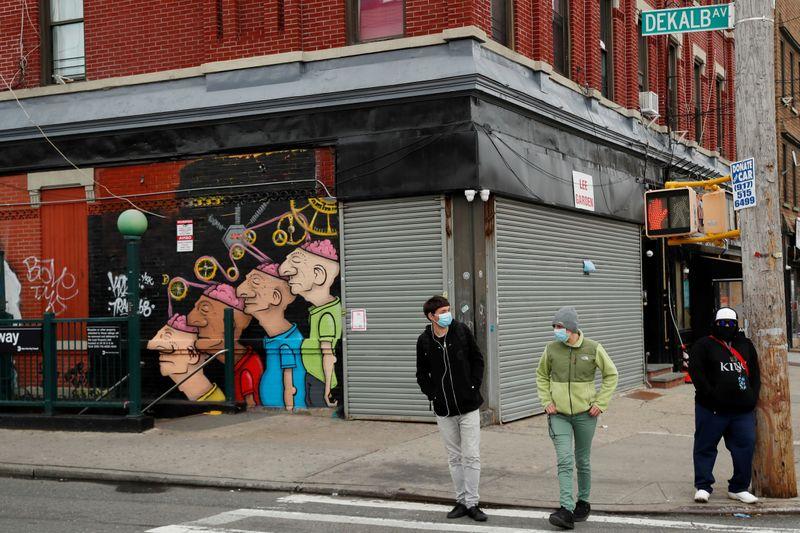 Most Americans cannot or will not use COVID-19 contact tracing apps: poll

WASHINGTON (Reuters) – More than half of all Americans either do not own smartphones or would not use apps backed by Alphabet Inc’s Google and Apple Inc to trace who has been exposed to the new coronavirus, according to a poll by the Washington Post and University of Maryland released on Wednesday.

The two tech companies have been working with public health experts and researchers to write apps that people can use to notify those they have come in contact with if they come down with COVID-19, the respiratory disease caused by the new coronavirus.

Contract tracing is deemed necessary to reopen the U.S. economy, which has been hard hit by shutdowns aimed at slowing the spread of the disease which has killed more than 58,000 Americans.

Apps require a smartphone and only 82% of Americans said they had one, the poll found. Of those, only half said they would definitely or probably use such an app.

Much of the skepticism is based on concern about Google and Apple, the poll found.

Just 43% of smartphone users polled expressed “a great deal” or “a good amount” of trust in Google and Apple and other tech companies, while 47% expressed trust in health insurers, 56% in universities and 57% in public health agencies, the poll found.

Forty-seven percent of those polled believed that U.S. President Donald Trump’s handling of the pandemic was “good” or “excellent” while 52% had a more negative view.

Support was widespread for measures to enforce social distancing. Sixty-six percent of those polled said restrictions on businesses were “appropriate” and 64% approved of current limits on public gatherings.

Those who did not find the restrictions appropriate were divided between wanting them relaxed or toughened.

Previous Post Some NFL Players May Be Misdiagnosed With Brain Disease: Study Next Post Rare, Serious Illness May Occur in Children With COVID-19