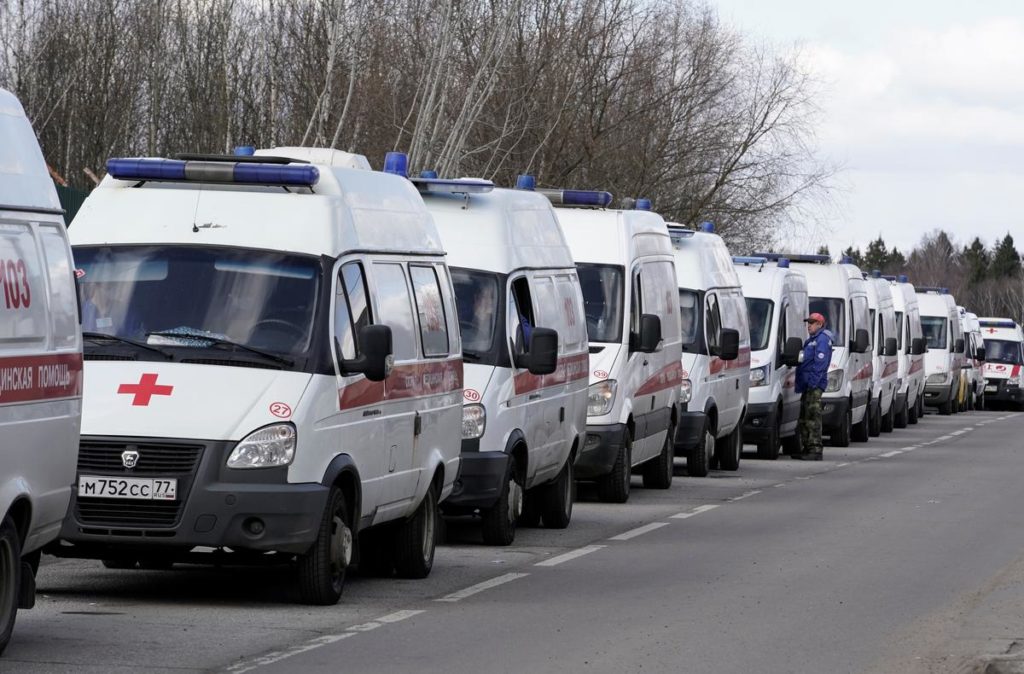 Ambulances queue before driving onto the adjacent territory of a local hospital amid the coronavirus (COVID-19) pandemic in Khimki outside Moscow, Russia April 11, 2020. REUTERS/Tatyana Makeyeva

MOSCOW (Reuters) – Russia on Sunday reported 2,186 new coronavirus cases, the largest daily increase since the start of the outbreak, as authorities announced more measures to contain the spread of the virus, including restrictions on Easter services.

Moscow and many other regions have been in lockdown for nearly two weeks to stem the contagion, but the number of cases was on the rise and reached 15,770 as of April 12, while the number of deaths rose to 130.

The Russian Orthodox Church, which observes Easter this year on April 19, ordered churches in Moscow and the surrounding region to close their doors to large groups during the Holy Week leading up to the holiday.

Moscow authorities also clamped down on those venturing outside without a reason, such as to buy food or medicine, get medical treatment, walk the dog or take out the rubbish. The capital, with more than 12.5 million people, issued 1,358 fines for breaking the rules on Saturday, its coronavirus crisis centre said.

Moscow is preparing to introduce digital permits next week to control movement around the city to help enforce the lockdown.

Russia will not defeat the coronavirus in time to lift restrictions by May 9, when the capital normally hosts an annual military parade to celebrate victory in World War Two, Deputy Prime Minister Tatiana Golikova told state TV.

“Should we be disciplined, able to listen to ourselves and those recommendations applied today, then we’ll successfully get out of this situation and will shake each others’ hands by the summer,” Golikova said in an interview released on Sunday.