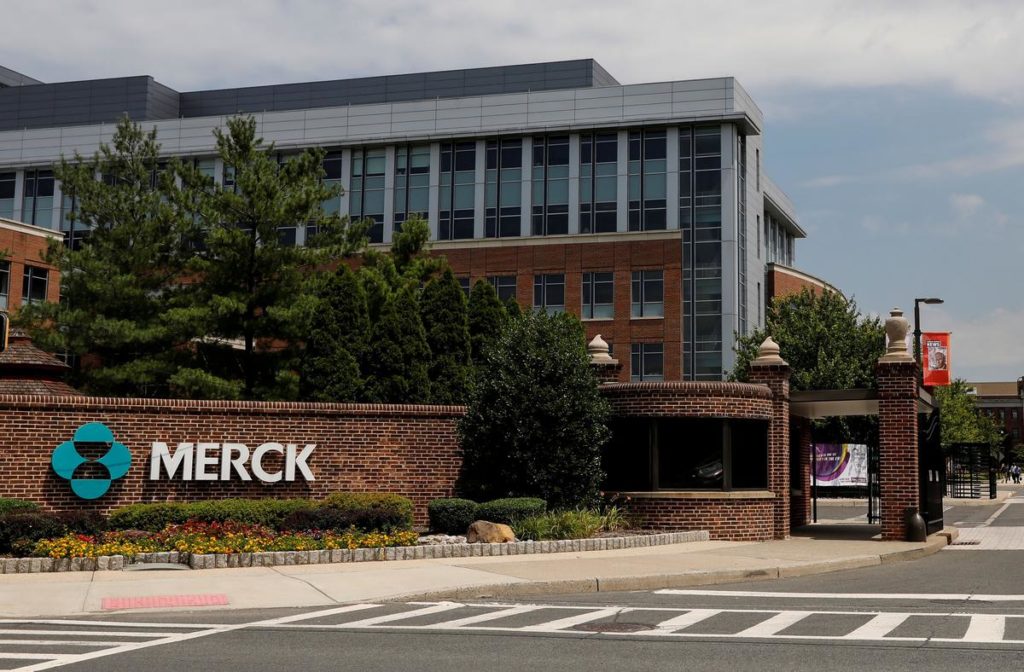 CHICAGO (Reuters) – Merck & Co Inc (MRK.N), which has largely kept to the sidelines of the race for COVID-19 treatments, said it was buying Austrian vaccine maker Themis Bioscience and would collaborate with research nonprofit IAVI to develop two separate vaccines.

It also announced a partnership with privately held Ridgeback Biotherapeutics to develop an experimental oral antiviral drug against COVID-19, the respiratory disease caused by the novel coronavirus.

It did not disclose the terms of the acquisition of Themis, a privately held company.

Most big pharmaceutical companies have already placed their bets on COVID-19 treatments, but Merck has been waiting for opportunities with proven track records, Chief Executive Ken Frazier said.

“We wanted to be in a position where we could choose things that have the right kind of characteristics to make a contribution for a virus that’s likely to be with us for some time,” he told Reuters in an interview.

Both vaccines are designed to be delivered in a single dose.

The Themis vaccine, developed in collaboration with the Institut Pasteur in Paris, is based on a modified measles virus that delivers bits of the SARS-CoV-2 virus into the body to prevent COVID-19.

It was developed in part through funding from the Coalition for Epidemic Preparedness Innovations (CEPI).

Merck said it moving quickly with this candidate and expects to start vaccinating volunteers “within weeks.”

That candidate, which Merck is developing jointly with IAVI, is expected to start human trials some time this year, Frazier said.

The U.S. Advanced Research and Development Authority (BARDA) is backing the effort.

Both vaccines are made using technologies that have resulted in licensed products, unlike some frontrunners, such as the rapidly developed vaccine from Moderna Inc (MRNA.O), which is expected to start large, late-stage clinical trials in July.

Last week, Dr. Francis Collins, director of the National Institutes of Health, said Merck’s vaccine, and those from Johnson & Johnson (JNJ.N) and Sanofi (SASY.PA), were a month or two behind Moderna’s, but may get added to large efficacy trials this summer as they wrap up early-stage studies.

“I think we’ll be in a position to participate,” Frazier said.

Merck intends to shoulder the cost of scaling up production of the vaccines before either has been proven to work, although it has not yet determined where they will be manufactured commercially, he said.

Doses of the Themis vaccine are already being made in France for clinical trials. Merck also plans to begin early production of the vaccine it is developing with IAVI at its plant in Pennsylvania.

Cantor Fitzgerald analyst Louise Chen said in a research note she expected Merck to be “an important player in the COVID-19 vaccines and treatments landscape” and called the approach to pursue multiple vaccine strategies “a good means to diversify risk.”

Frazier said Merck had not signed any pacts with the U.S. government to deliver doses of either vaccine to Americans first, adding it was committed to making its vaccines accessible globally and affordably.

Ridgeback’s pill, EIDD-2801, is designed to block virus reproduction, and has shown promise in animal studies of multiple coronaviruses, including SARS-CoV-2. It has also been shown to be safe and well tolerated in early stage trials.

Frazier compared it to Gilead Sciences’ (GILD.O) remdesivir, but it would be a pill, rather than an intravenous infusion. Efficacy trials will start later this year.

FILE PHOTO: The Merck logo is seen at a gate to the Merck & Co campus in Linden, New Jersey, U.S., July 12, 2018. REUTERS/Brendan McDermid

“If the drug works, we would be able to produce billions of doses,” Frazier added.

The United States has recorded more than 1.6 million new coronavirus infections and over 97,000 deaths, the U.S. Centers for Disease Control and Prevention (CDC) said on Monday.

Reporting by Julie Steenhuysen in Chicago and Michael Erman in New York; Editing by Clarence Fernandez and Bernadette Baum