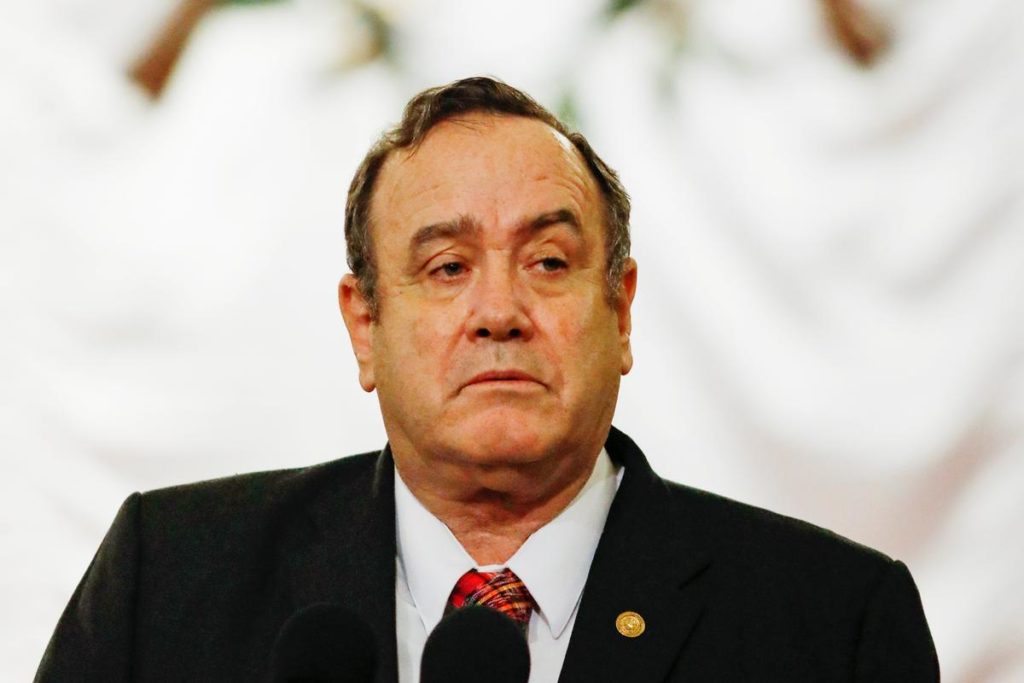 GUATEMALA CITY (Reuters) – Guatemalan President Alejandro Giammattei said on Friday a large number of migrants on a deportation flight to Guatemala from the United States this week were infected with the coronavirus, adding that U.S. authorities had confirmed a dozen cases.

Giammattei said 12 randomly selected people on the deportation flight tested positive for coronavirus when examined by the U.S. Centers for Disease Control and Prevention.

He suggested more on the flight had tested positive as well.

“A large part of it was infected,” the president said in a televised address, referring to a flight carrying 73 Guatemalans that left the United States for Guatemala City on Monday.

The Trump administration has pressured Guatemala to keep receiving deported migrants despite growing concern in the poor Central American nation that returnees are bringing the virus with them and could infect remote communities.

The United States said on Thursday it had sent a CDC mission to assess the situation and test the migrants, who remain in quarantine in a hospital.

It is not clear when the deportees became infected. There have been 30 confirmed cases of COVID-19 among ICE employees working in the agency’s detention facilities, including 13 at the Alexandria Staging Facility in Louisiana, ICE data shows.

Flights deporting Guatemalans from the United States were on Thursday temporarily suspended after reports of the mass infection. Deportation flights had only started again on Monday after a five-day suspension because of earlier infections.

Neither U.S. Immigration and Customs Enforcement, which operates the deportation flights or the U.S. embassy in Guatemala immediately responded to requests for comment.