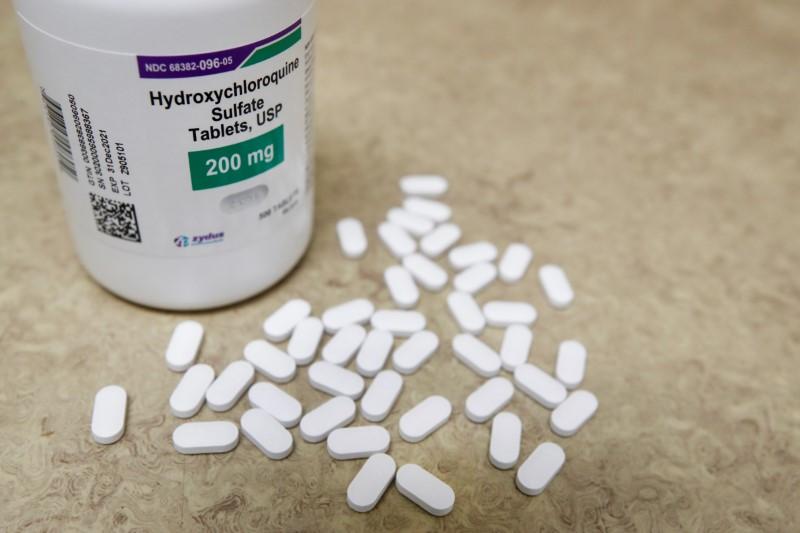 (Reuters) – The malaria drug promoted by U.S. President Donald Trump as a treatment for COVID-19 was shown to be ineffective in preventing infection in people exposed to the coronavirus, according to a widely anticipated clinical trial released on Wednesday.

The new trial found no serious side effects or heart problems from use of hydroxychloroquine.

Vocal support from Trump kicked off a heated debate and raised expectations for the decades-old drug that could be a cheap and widely available tool in fighting the pandemic that has infected more than 6.4 million people and killed over 382,000 worldwide

In the first major study comparing hydroxychloroquine to a placebo to gauge its effect against the new coronavirus, University of Minnesota researchers tested 821 people who had recently been exposed to the virus or lived in a high-risk household.

It found 11.8% of subjects given hydroxychloroquine developed symptoms compatible with COVID-19, compared with 14.3%who got a placebo. That difference was not statistically significant, meaning the drug was no better than placebo.

“Our data is pretty clear that for post exposure, this does not really work,” said Dr. David Boulware, the trial’s lead researcher and an infectious disease physician at the University of Minnesota.

Several trials of the drug have been stopped over concerns about its safety for treating COVID-19 patients raised by health regulators and previous less rigorous studies and.

“I think both sides – one side who is saying ‘this is a dangerous drug’ and the other side that says ‘this works’ – neither is correct,” said Boulware.

The results were expected to be published in the New England Journal of Medicine.

In March, Trump said hydroxychloroquine used in combination with the antibiotic azithromycin had “a real chance to be one of the biggest game changers in the history of medicine” with little evidence to back up that claim. He later said he took the drugs preventively after two people who worked at the White House were diagnosed with COVID-19, the illness caused by the novel coronavirus.

Hydroxychloroquine – which has anti-inflammatory and antiviral properties – inhibited the virus in laboratory experiments. But these type of human trials are needed to definitively demonstrate whether the drug’s benefits, if any, outweigh the risks when compared with a placebo.

Proponents of the drug as a COVID-19 treatment argue it may need to be administered at an earlier stage in the disease to be effective. Others have suggested that it needs to be used in combination with the mineral zinc, which can help boost the immune system.

More than 20% of the trial subjects also took zinc, which had no significant effect.

The U.S. Food and Drug Administration cautioned in late April against the use of hydroxychloroquine in patients with heart disease due to an increased risk of dangerous cardiac rhythm problems.

Boulware said his trial had fewer participants than initially planned because of difficulty enrolling new subjects after the FDA’s warning.

On Tuesday, the British medical journal the Lancet said it had concerns about data behind an influential article that found hydroxychloroquine increased the risk of death in COVID-19 patients, a conclusion that undercut scientific interest in the medicine. [nL1N2DF1W1]

Boulware was one of the signatories of an open letter from doctors that called attention to potential problems with that study.

Some European governments banned hydroxychloroquine for COVID-19 patients, and U.S. hospitals have significantly cut back its use. [nL8N2D92TE] [nL1N2DB16J]

In the University of Minnesota trial, 40% of the those who took hydroxychloroquine reported less serious side effects like nausea and abdominal discomfort versus 17% in the placebo group.

Results of another University of Minnesota placebo-controlled trial testing hydroxychloroquine as a coronavirus treatment rather than to prevent infection is expected soon.