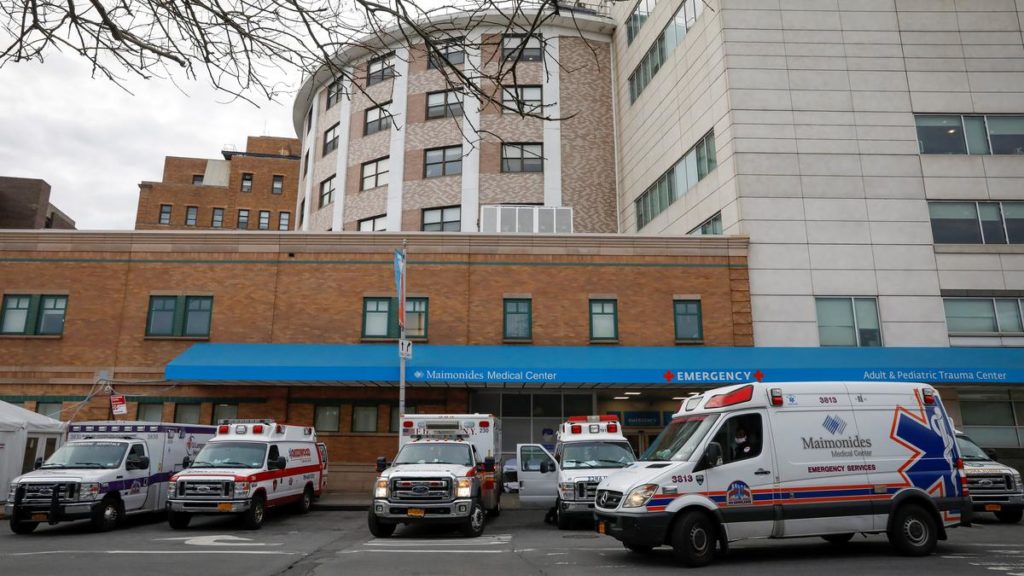 Ambulances are seen outside the emergency center at Maimonides Medical Center during the outbreak of the coronavirus disease (COVID19) in the Brooklyn borough of New York, U.S., April 14, 2020. REUTERS/Brendan McDermid

The study was conducted by a team at Northwell Health, the largest health provider in New York state.

Acute kidney injury occurs when the kidneys fail and become unable to filter out waste.

Of those patients with kidney failure, 14.3% required dialysis, Jhaveri said in a phone interview.

The study is the largest to date to look at kidney injury in COVID-19 patients. It may be helpful, Jhaveri said, as other hospitals face new waves of patients with the disease caused by the novel coronavirus that has infected more than 4.3 million people and killed over 295,000 globally.

Several groups have noted increased rates of kidney failure among patients with COVID-19. Jhaveri and colleagues set out to quantify it by combing through medical records of 5,449 COVID-19 patients hospitalized between March 1 and April 5.

They found that kidney failure occurred early on, with 37.3% of patients arriving at the hospital with failing kidneys, or developing the condition within the first 24 hours of being admitted.

In many cases, the kidney failure occurred around the time severely ill patients needed to be placed on a ventilator, Jhaveri said.

Among the more than 1,000 patients who needed to be placed on a ventilator, about 90% developed acute kidney failure. That compared with 21.7% of the 925 patients who developed the condition but did not need mechanical breathing assistance.

“It’s not specific to COVID-19. It’s more related to how sick you are,” he said.

Nevertheless, knowing the proportion of patients at risk for this condition could help hospitals as they plan equipment and staffing needed for future coronavirus surges, he said.