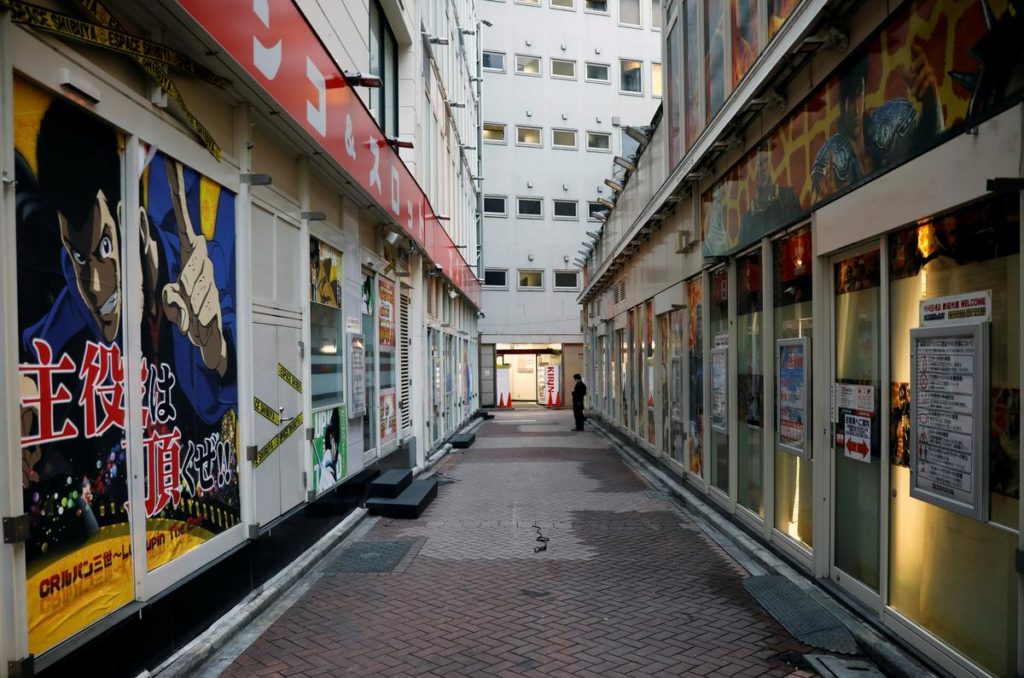 TOKYO (Reuters) – Japan needs to keep its coronavirus containment policies in place until the number of cases falls more, experts said on Friday, with the government set to decide on whether to maintain a state of emergency.

The month-long state of emergency is set to expire on May 6.

Prime Minister Shinzo Abe said the situation remained tough and he would make a decision on the emergency or Monday.

On Thursday, he warned citizens to prepare for a “drawn-out battle” against the virus and political sources told Reuters the government was planning to extend the emergency for about a month.

“For a while, we are going to need to keep these policies going,” Shigeru Omi, a member of a government panel of experts, told a news conference after a meeting on Friday.

“New cases haven’t declined quite as much as we’d like, and there are some regions where the medical system hasn’t been able to prepare sufficiently.”

Earlier, Economics Minister Yasutoshi Nishimura told reporters the experts had also said some regions needed to keep strict restrictions in place while others could start to ease them.

But there are worries that Japan’s low testing regime has undercounted many coronavirus cases, and fears that the medical system may be strained caring for them.

The outbreak and slowdown in business activities is darkening the outlook for the world’s third-biggest economy, leading to calls for more spending even after parliament approved an extra budget to fund a $1.1 trillion stimulus package.

Consumer prices in Tokyo fell for the first time in three years in April and national factory activity slumped, data showed on Friday, increasing worries the coronavirus outbreak could tip the country back into deflation.

The government has called for vigilance during the long Golden Week holiday – normally a peak travel period – that runs through May 6, calling on people to stay home and reduce contact with others.

Abe declared the emergency on April 7, initially for Tokyo and several other prefectures after a jump in infections, and later extended it nationwide.

It gives governors greater power to tell people to stay at home and ask businesses to close, but it does not mandate penalties in most cases for non-compliance, relying instead on social pressure and respect for authority.

Tokyo has seen a decline in daily reported cases since hitting a peak of 201 on April 17, with further falls into double digits this week, but the city’s governor, Yuriko Koike, has warned residents not to be complacent.

On Friday, the Nippon Foundation, a philanthropic organisation, unveiled the first part of a field hospital built in a waterside area of Tokyo.

Set up in an arena built for Paralympic sports, the 100-bed facility features alcoves containing a bed, locker and table set apart from each other. Other beds will be put in tents and expanded as needed, NHK reported.

The International Olympic Committee and the government in March postponed the summer Olympic and Paralympic Games for a year, until July 2021, because of the coronavirus crisis.