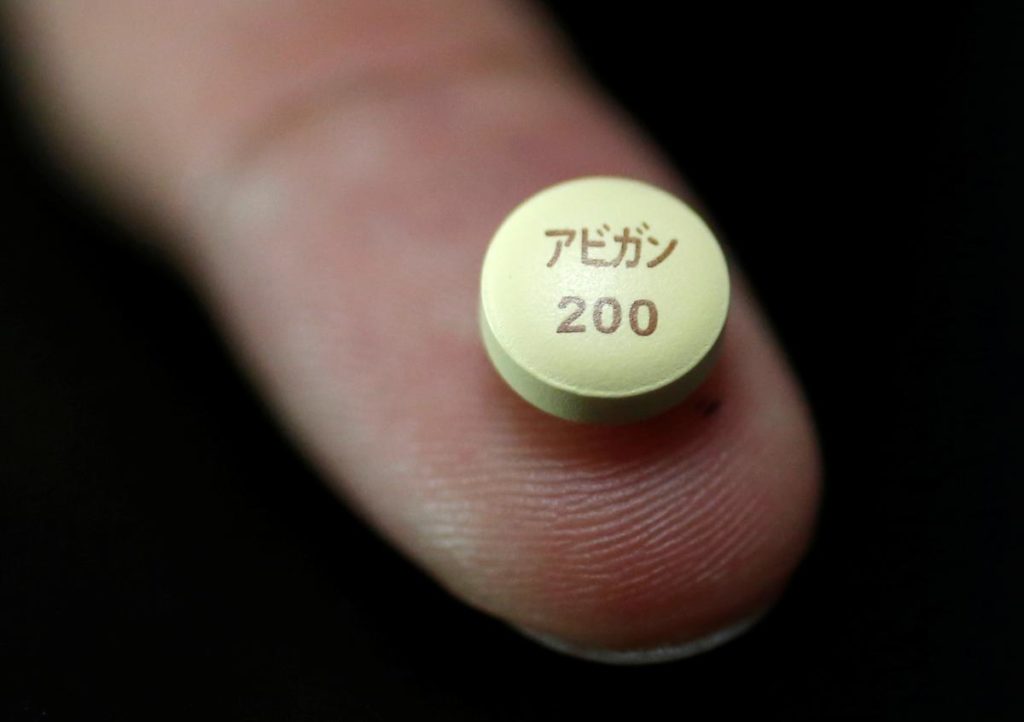 TOKYO (Reuters) – Japan’s government has given up on approving Fujifilm Holdings Corp’s Avigan drug for the treatment of COVID-19 by the end of May, Kyodo News reported late on Monday citing a government official.

FILE PHOTO: A tablet of Avigan (generic name: Favipiravir), a drug developed as an anti-influenza treatment by a subsidiary of Fujifilm Holdings, is displayed during a photo opportunity at Fujifilm’s headquarters in Tokyo, Oct. 22, 2014. REUTERS/Issei Kato

Prime Minister Shinzo Abe said earlier this month he hoped the drug would be approved some time in May if its efficacy and safety could be confirmed.

Fujifilm shares slumped last week after Kyodo reported that an interim study showed no clear evidence of efficacy for Avigan in COVID-19 cases.

Researchers at Fujita Health University, which is conducting a clinical trial on the drug, said in a statement the interim study was done to ensure the scientific validity of the trial, not to determine the efficacy of the drug.

During an earnings briefing on May 22, Fujifilm Senior Vice President Junji Okada declined to comment on when Avigan might be approved. The company did not immediately respond to a Reuters request for comment on Tuesday.

Interest in Avigan, known generically as favipiravir, soared in March after a Chinese official said it appeared to help patients recover from COVID-19, the potentially fatal respiratory illness caused by the novel coronavirus. The drug is now the subject of at least 16 clinical trials around the world.

Concerns remain about Avigan as it has been shown to cause birth defects in animal studies.

Japan’s government has called on Fujifilm to triple national stockpiles of the drug, approved in 2014 as an emergency flu treatment, and pledged to donate it to countries upon request.

Dozens of clinical trials for potential COVID-19 treatments and vaccines are ongoing across the globe. One candidate is a DNA vaccine being developed by biopharmaceutical firm AnGes Inc and Osaka University.

The Nikkei newspaper on Monday said AnGes is set to begin a clinical trial of its vaccine in July, sooner than an initial start slated for September.

AnGes shares surged 16% in Tokyo morning trade. Fujifilm shares were up 0.2% versus the broader market’s 2% gain.