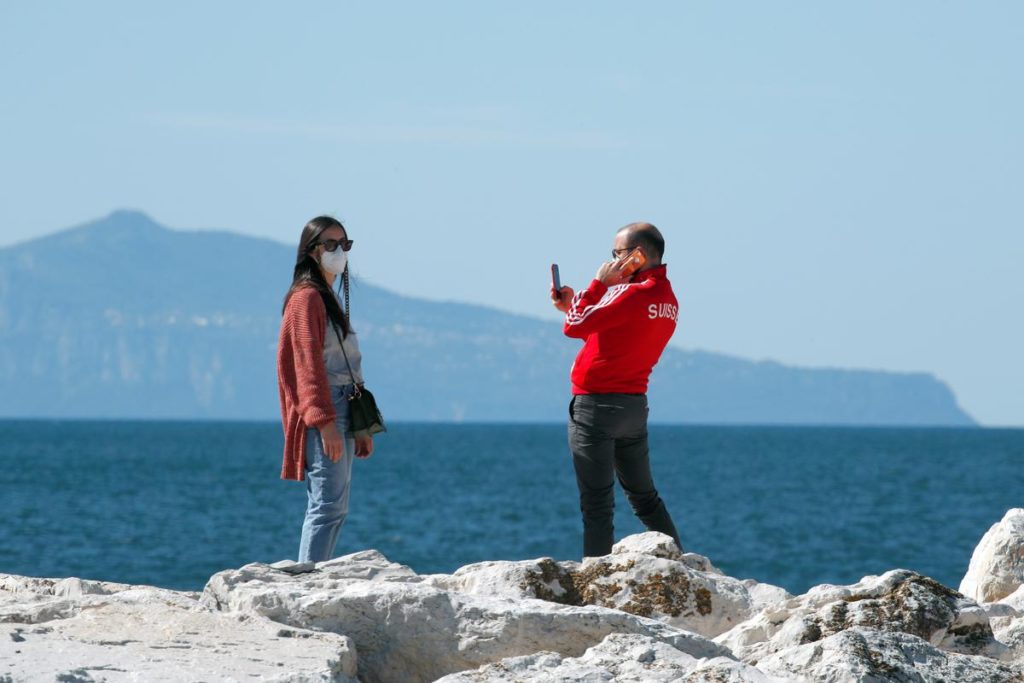 Nearly two months after ordering Italians to stay home in an effort to slow one of the worst outbreaks of the new coronavirus in the world, the government on Monday cautiously eased a few restrictions, while keeping many others in place.

Despite more than 29,000 Italians dying of COVID-19 since the outbreak emerged on Feb. 21, some people have nonetheless complained that the rollback is too timid, while others worry that complacency will lead to a fresh wave of infections.

Many are simply overjoyed to get some of their old life back.

“I woke up at 5.30 a.m. I was so excited,” said Maria Antonietta Galluzzo, a grandmother taking her 3-year-old grandson for a walk in Rome’s Villa Borghese park — the first time they had seen each other in eight weeks.

The unkempt grass towered above the boy’s head and the air was full of the sound of lawnmowers as park staff began to restore some order to one of Italy’s most elegant gardens.

“He has grown by this much,” she said, holding up three horizontal fingers to show the spurt. “It is wonderful.”

Under the new rules, 4.5 million Italians can clock back in, construction work can resume and relatives can reunite. More importantly for some, cafes were allowed to reopen for takeaways, with customers sipping their coffees on the pavement.

“This is my first proper coffee for eight weeks,” said Riccardo Monti, the CEO of an e-commerce company. “Perhaps it is the thing I missed most. The bar is the focal point of our social life so to see them closed was a trauma.”

While some old rituals returned, many curbs stayed in place to try to prevent a resurgence of COVID-19 in the country with the world’s second highest death toll after the United States.

There were 195 new deaths on Monday, up from 174 the day before and twice as many as the daily tally on March 9, when Italy’s lockdown began.

Friends are still barred from meeting up, the cause of much grumbling on social media, most shops must stay shut until May 18, and schools, cinemas and theatres remain closed indefinitely.

People are seen at the seaside, as Italy begins a staged end to a nationwide lockdown due to the spread of the coronavirus disease (COVID-19), in Naples, Italy May 4, 2020. REUTERS/Ciro De LucaRESPONSIBILITY

Despite facing the worst recession since World War Two, the government has said it can only lift restrictions gradually. Well over a thousand new cases of the highly infectious coronavirus are still being reported daily.

In a reminder of the risks involved in easing the lockdown, 14 out of 60 people randomly stopped by police at they entered Naples by car from the north on Monday tested positive, Corriere della Sera daily reported. None of them had symptoms.

“If we want to avoid painful backward steps now more than ever, we need cooperation, a sense of responsibility, respect for the rules by all,” Prime Minister Giuseppe Conte said in an interview with the same newspaper.

A continuous hum of cars, buses and motorbikes pointed to an increase in early morning commuting, but traffic was noticeably lighter than before the virus struck and those out appeared to be following the guidelines on social distancing.

“Common sense is prevailing in this beginning phase,” said Massimo Improta, a police officer in Rome. “We have not seen people without masks, we are not seeing gatherings.”

Gianluca Martucci joined the ranks of those returning to work for the first time since March 12, pulling up the shutters on a small warehouse in the backstreets of Rome.

“It is good to be back, but the world has totally changed,” he said. The company he works for normally organises weddings and corporate events, but these have long since been cancelled. The firm is adjusting by offering a catering service.

Although he was happy to see business resume, Martucci was anxious that infections might spread again.

“The government has been very wise so far, but I worry that we might be starting up a little too soon,” he said. “I don’t know if the country could survive a second wave.”