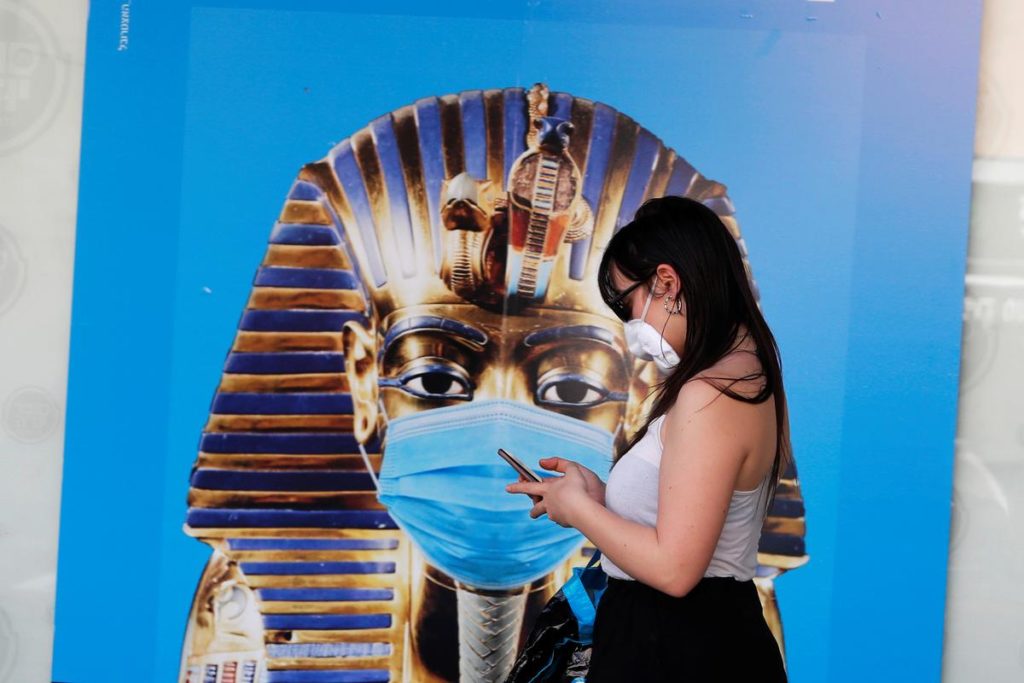 A woman wears a mask and checks her mobile phone as she stands next to a poster in central Tel Aviv, amid the coronavirus disease (COVID-19) restrictions in Israel April 14, 2020 REUTERS/ Ammar Awad

JERUSALEM (Reuters) – Israel’s internal security service Shin Bet has halted its cell-phone tracking of coronavirus carriers, an official said on Tuesday, citing the success of alternatives to the controversial method of containing contagions.

Circumventing parliament in March as the coronavirus spread, the Israeli cabinet approved emergency regulations that enabled the use of the Shin Bet technology, usually deployed for anti-terrorism. Privacy watchdog groups have challenged the practice in court as lawmakers considered ratifying it.

An Israeli official said the tracking was stopped following a ministerial meeting on the coronavirus on Monday at which Shin Bet director Nadav Argaman argued that the method was not required as infections taper off under other counter-measures.

“This (tracking) will be renewed only if there is a big outbreak, at which point snap legislation would be required in parliament,” said the official, who requested anonymity.

Israel – with a population of 9 million – has reported 18,091 coronavirus cases and 299 deaths. A limited resurgence prompted Prime Minister Benjamin Netanyahu on Monday to put the brakes on moves to reverse closures of schools and businesses.

Previous Post For Tasty Tomatoes, Either the Fridge or the Counter Is OK: Study Next Post Afraid of COVID-19 During Sex? Wear a Mask, Experts Say