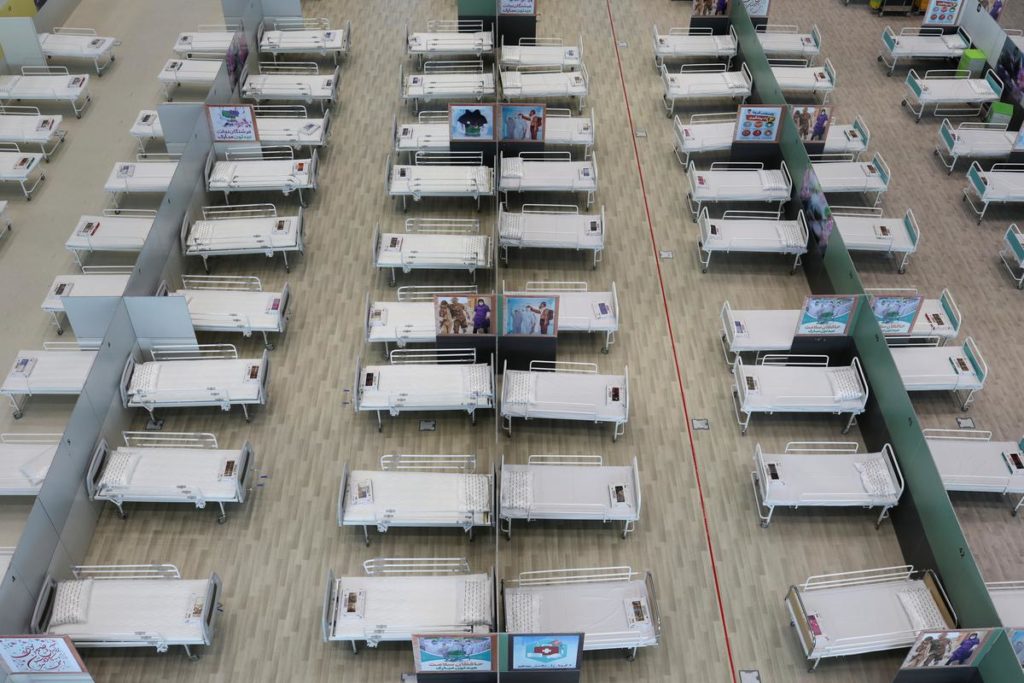 (Reuters) – Iran’s official coronavirus death toll rose to 4,869 on Thursday but a parliamentary report said the actual number could be much higher and a deputy minister warned the infection could spread further in autumn.

FILE PHOTO: A view of beds at a shopping mall, one of Iran’s largest, which has been turned into a centre to receive patients suffering from the coronavirus disease (COVID-19), in Tehran, Iran, April 4, 2020. WANA (West Asia News Agency)/Ali Khara via REUTERS

Health Ministry spokesman Kianush Jahanpur, speaking on state television, said the death toll had risen by 92, while the total number of cases of infection reached 77,995.

However, a report by the Iranian parliament’s research centre suggested that the coronavirus tolls might be almost twice as many as those announced by the health ministry.

The report said that Iran’s official coronavirus figures were only based on the number of deaths in hospitals and those who had already tested positive for the coronavirus.

“To narrow the gap between the officially announced figures and the estimated figures, it is necessary to improve the laboratory capacity of the country,” it said.

Iranian health ministry officials have not commented on the report, which was published online.

The government is worried that measures to limit public activities could wreck an economy which has already been battered by sanctions.

On Saturday, low-risk business activities resumed across the country, including many shops, factories and workshops, with the exception of Tehran. They will re-open in the capital from Saturday.

Health experts have criticised easing of the limitations, warning about the new wave of the disease.

Deputy Health Minister Iraj Harirchi called on people to stay at home, saying: “We are expecting the epidemic to pick up in autumn”, state TV reported.

On social media, Iranians posted pictures of busy streets, packed branches of banks and crowded buses in Tehran and other cities.

Iran is the Middle Eastern country worst-affected by the COVID-19 respiratory disease and has one of the world’s highest death tolls.