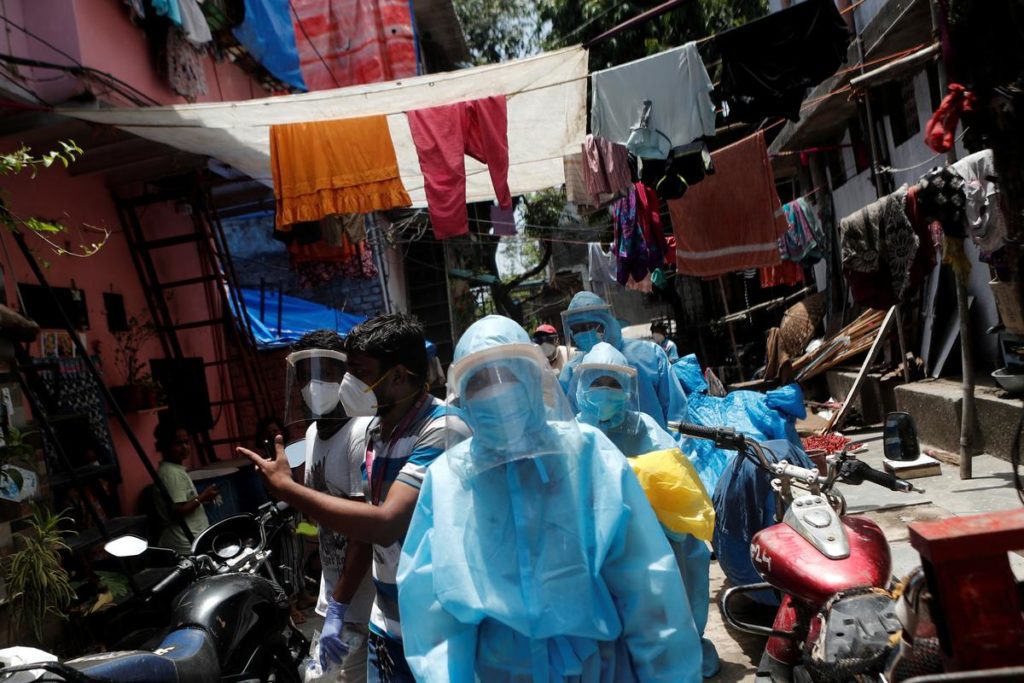 FILE PHOTO: Healthcare workers wearing personal protective equipment (PPE) and volunteers walk through a slum in Dharavi, one of Asia’s largest slums, to check residents during a lockdown to slow the spread of the coronavirus disease (COVID-19), in Mumbai, India, June, 7, 2020. REUTERS/Francis Mascarenhas/File Photo

NEW DELHI (Reuters) – India reported its biggest single-day jump in coronavirus cases on Saturday, adding 11,458 confirmed infections and taking the its total count to more than 300,000, according to data from the federal health ministry.

India is the fourth-worst affected country in the world, having surpassed the United Kingdom on Friday, with cases steadily increasingly despite a nationwide lockdown that began in late March and has since been loosened.

Confirmed cases in the worst-hit western state of Maharashtra moved past the 100,000 mark, data showed on Saturday. The national capital New Delhi, where the health system has also been reeling, saw more than 2,000 new cases.

Despite the rising case load, the recovery rate of patients was improving, with more than 147,000 people having been cured, the federal government said on Friday.